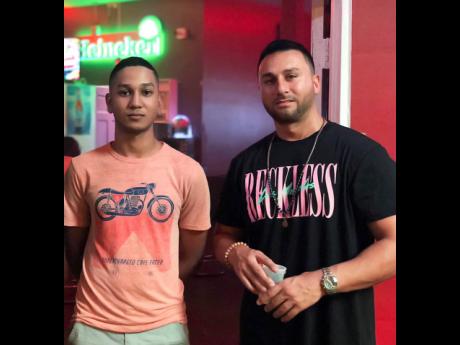 The rhythm, produced by one of Trinidad and Tobago's disc jockeys, Travis World, and US-based Billboard-charting producer Jonny Blaze, was specifically created in time for Jamaica's carnival season.

According to the producers, there is a noticeable lack of soca releases for the rapidly growing Jamaica Carnival celebrations.

"The hits that have come out of Trinidad and Tobago for their carnival period are usually recycled for Ja's carnival season; and in terms of new music specifically created for and by the artistes for the occasion, that has been absent. There should be a healthy balance of soca and local popular Jamaican music (reggae and dancehall)," said Jonny Blaze.

As producers that have worked with a number of soca artistes, both consider themselves advocates for the year-round release of soca music and have benefited from combining musical genres to create unique experiences with each project.

The most recent project to garner global attention has been the Issa Snack Remix, that includes the Germany-born, Trinidad-raised Nessa Preppy as the lead, Jamaican dancehall singjay Hood Celebrityy, and soca royalty Montano.

After a little digging into history, the producers realised that Byron Lee, the founder of Jamaica Carnival and a pioneer for the local calypso movement, had created some of the most popular and relevant soca hits for the region.

Jonny Blaze explained, "Even though he was Jamaican, there are many current soca artistes that are influenced by his music from the '70s and '80s. This example alone should be motivation to other Jamaican artistes to not be limited in their creativity."

The producer believes there is a need to fill the generational gaps as well as those that exist between the genres of Caribbean music, which became a key reason for including not only artistes from the twin islands, but Jamaicans living in and outside the region.

"We would like to see more Jamaican artistes participate and add their distinctive flavour to the genre," he said. "This would certify that the heavy hitters in Jamaica are fully endorsing the concept or backing the idea of creating music for carnival and influence others to experiment and try ah ting also."

The comedian-turned-reggae singer Noah Powa says most islands in the Caribbean have their own style of soca, except Jamaica. He said, "Jamaicans should be able to create their own flavour of soca as well, and it should not stop there."

Noah Powa, whose song on the rhythm is titled Don't Stop, adds, "With Jamaica's carnival building, the more dancehall and reggae artistes that observe the interests growing in producing music specifically for the season, the more will come around to the idea of recording for that purpose."