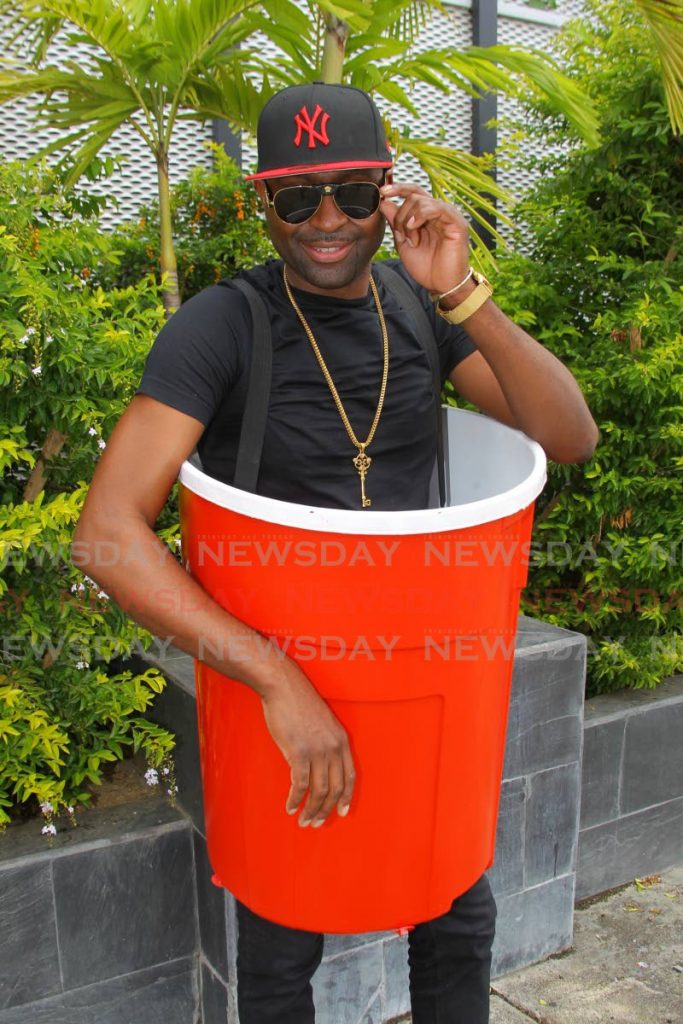 KEVON “YANKEY BOY” HEATH knows a successful music career requires marketing. Walking along Pembroke Street and Knox Street, Port of Spain in his five-foot cup is part of his 2020 marketing strategy for his song Looking For Cup.

TT knows Yankey Boy’s story: he grew up in Pinto Road, Arima, then in 2000, moved to Brooklyn, New York where he has lived since. He also has his own studio in Brooklyn. Songs like Rumors and Blue Soap are among his best known.

While he said this year radio airplay is not a problem, getting the platform to perform the song has been challenging. Yankey Boy discussed this and other issues at Newsday’s Pembroke Street office.

Looking For Cup uses a literary device common to calypso and soca – double entendre. It is based on his experiences of playing Carnival and J’Ouvert over the years and looking for his cup, once lost.

Having been in the soca industry for a while, he sees TT music well on its way to a reversion, where the “real art form” is returning. He added that TT’s music saw different experimental types over the last couple of years but the many were returning to calypso and soca’s original sound. 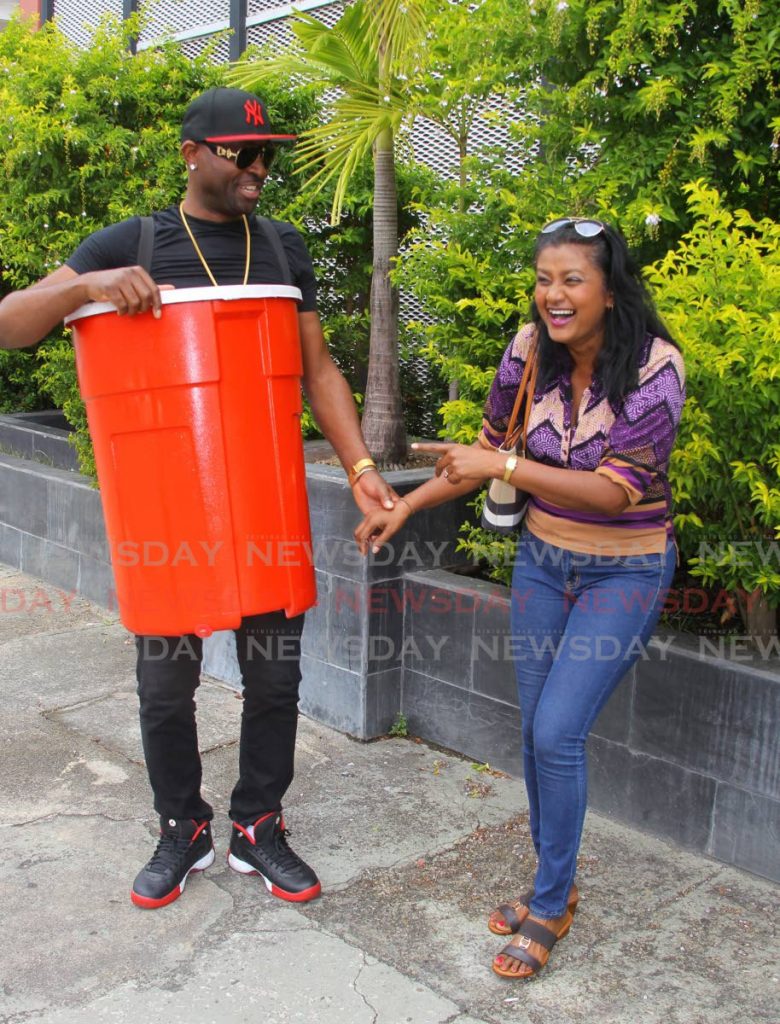 “That is why you see a lot of people now remixing, or the producers trying to bring back that old iron, drum and the real rhythm, where soca was really from. The Tambu days or the Roaring Lion style,” he said.

“We dropped the word ‘calypso’ and ran with ‘soca.’ We cannot forget the root, the foundation. If you listen to any radio station, nobody highlights or does anything for the calypso. So the new generation, this is far from them.”

He said if he had not been a pan player he might have also been disconnected from it as well.

He said many DJs played “names and not songs.”

With the advent of social media and many looking for a platform, the “Zesser Movement” was birthed. He defined it as when an artiste is unable to get radio airplay and so turns to alternative channels like social media, the streets and their neighbourhoods
to have their music played.

“Every one of these artistes, before the Zesser movement, tried to bring good songs to their liking and the radio stations and was not getting played. 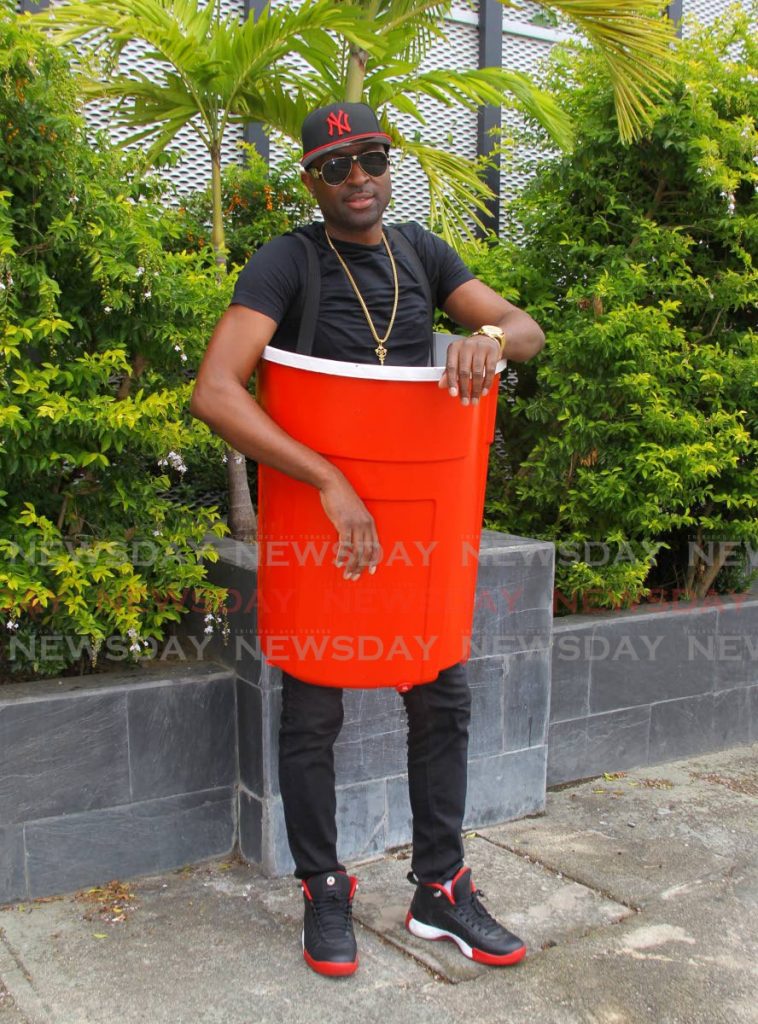 
This underground buzz has now resulted in people demanding the songs be played.

He also saw DJs looking for “forwards” as another reason some songs are unable to get the play they require.

“A forward is where you can play a song and have everyone in a frenzy or have everyone put up their hand. Getting an expression from everyone at the same time.”

“They (DJs) are competing with each other so they will play the same five songs for the forwards...So this is why our music is not getting time to build.”

This now resulted in artistes creating songs that would get them visibility, as opposed to simply creating a song for its musical value.

Yankey Boy has a formula for getting his music out there– ten per cent talent, 40 per cent “who knows him” and 50 per cent marketing. Marketing gets the lion’s share because through it, “you will make 40 per cent of people want to know who you are and what you are about.”

Asked if he felt this was going to harm the quality of TT’s music, Yankey Boy said he did not want to say that, as every genre has its listeners, but the people on top were responsible for its continuation.

He too has even begun thinking about the “zess.”

“It is sad to say. It might not be your thing, but to keep your name floating above the water, you might have to dip into the zess. And I am hearing a lot of artistes behind the scene talking about it as well.”

He said he was willing to try the zess, not in terms of its content but rather its sound.

He added that is why so many songs are now being sung on riddims – where different songs are sung on the same tune – so a younger artiste’s name would be attached to someone who is popular and DJs would download their song.

“So if you have a big name next to your name you have a little chance,” he added.

He added there were over 300 riddims this year as opposed to singles. Even DJs were complaining that so many songs were coming out that not all of them could be played.

“Some people don’t even have time to listen to your song.”

Although he recorded five songs for the season, he only released one, because “outside, we play a lot more soca than in TT, where we claim to be the mecca.”

For him, TT takes a little too long to promote its songs and soca songs playing in other islands for their carnivals – some since April, May, June – become big here.

“When we go to their carnival and see these big songs, this is what we bring to TT, and now our own artistes’ songs do not have time to build.”

As a possible solution, Yankey Boy said more calypso and soca should be played outside the Carnival period.

Although he was a part of the Play Whe International Soca Monarch semifinals, he did not make it to the finals. He can also be found in smaller fetes this year. because if he goes to the bigger fetes he’d have to go for free.

“If I go to a promoter he would tell me, ‘This next artiste playing more than yours and he is doing it for free.’ So what does that leave a person like
me?

“I understand sometimes we have to do things for marketing reasons, but in the real world, the bigger fetes don’t like to pay but the small man is the one who pays.

“Most of these fetes believe they already have a name bigger than the artiste. They pay like three or four artistes and get everyone else who wants to run on for free.

“Right now we thinking about rank before bank.”

Because of his experience in the soca industry he is now trying to help young upcoming artistes. He has mentored Leonce, a female artiste who is now the lead vocalist with All Stars.

As Carnival 2020 progresses, for Yankey Boy, it is all about enjoying himself, trying to do good and staying on the safe side.