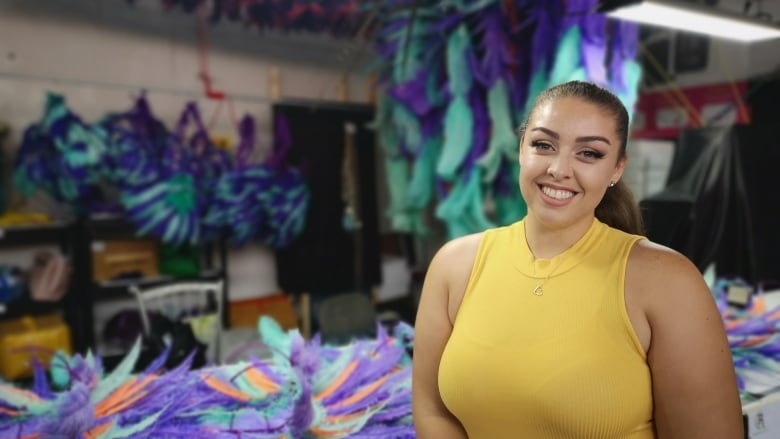 The annual Toronto Caribbean Carnival, long known for the revealing costumes worn by its revellers, will be taking that tradition a step further during this Saturday's parade.

For the first time in the event's 52-year history, some of the dancers will be topless.

The idea is the brainchild of Toronto celebrity photographer Yvonne Stanley. She said she wants to get a public conversation started about the way women view their bodies, and especially women of colour.

"That's why I love the Toronto Caribbean Carnival — it's all about the celebration of women of colour." 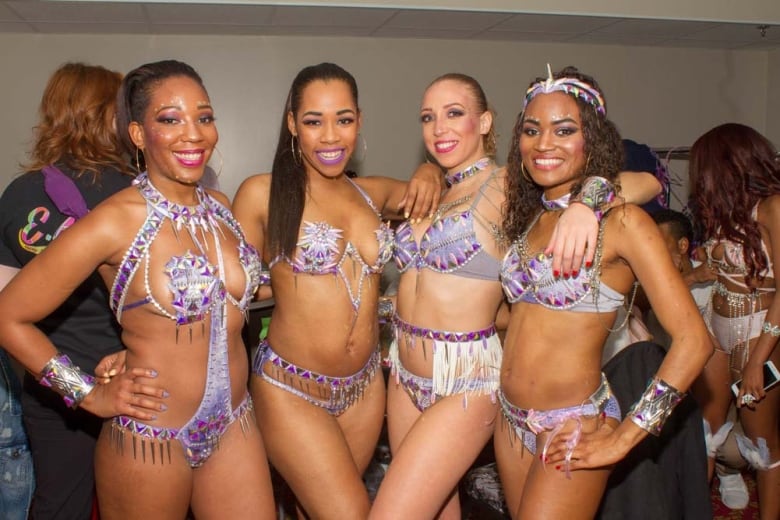 It's been legal in Ontario for women to go topless in public spaces since a ruling by the Ontario Court of Appeal in 1996. That decision ended a long court battle by a woman named Gwen Jacob, who was charged by police in 1991 for walking topless down a street in Guelph, Ont.

Even so, Stanley says there's much more work to be done to get society to understand and accept women's bodies.

"Yes, breasts have been seen, they've been out," she said.

"But the point is there's still many conversations that still haven't been had and I feel showing our breasts is a great way to start a conversation ... They make bold, beautiful, political statements."

That's why Stanley is currently working on a multi-disciplinary examination of women's bodies and self-image that she calls the Boob Book Project. She's been travelling around Canada and to other countries photographing and speaking to women about how to change popular opinion of the female body.

A book is expected to be published next year; the documentary project will take longer, she says, as she seeks out sponsors to fund trips to other countries. 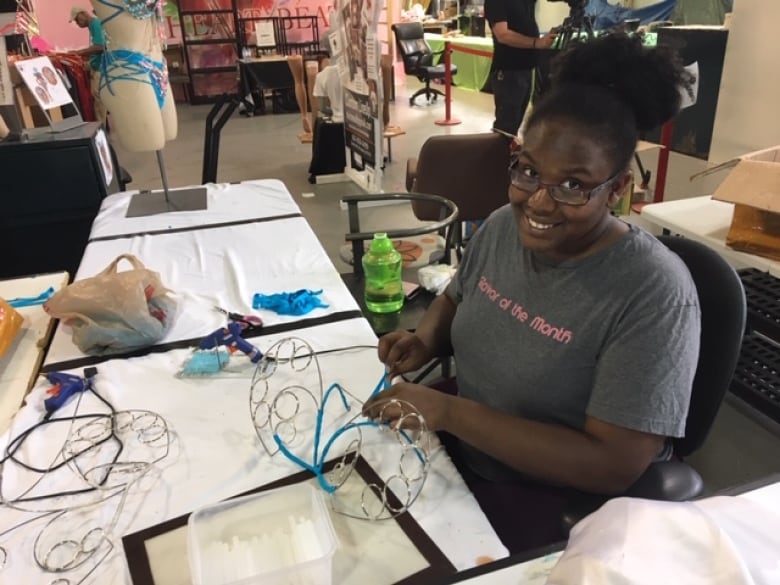 Caribbean Carnival worker Kim Russelburn works on one of the mas dancers' costumes that will be worn in the parade this Saturday. (Mike Smee/CBC)

Stanley approached many of the mas bands that will be taking part in Saturday's parade and asked them for help establishing a Boob Book Project presence in the parade. "We had 100 per cent support," she said; "affirmations of love [and] body positivity."

One of the bands is providing space on its float for four Boob Book Project "ambassadors," as well as two security guards.

The four ambassadors will wear costume bottoms, but no tops, Stanley said. 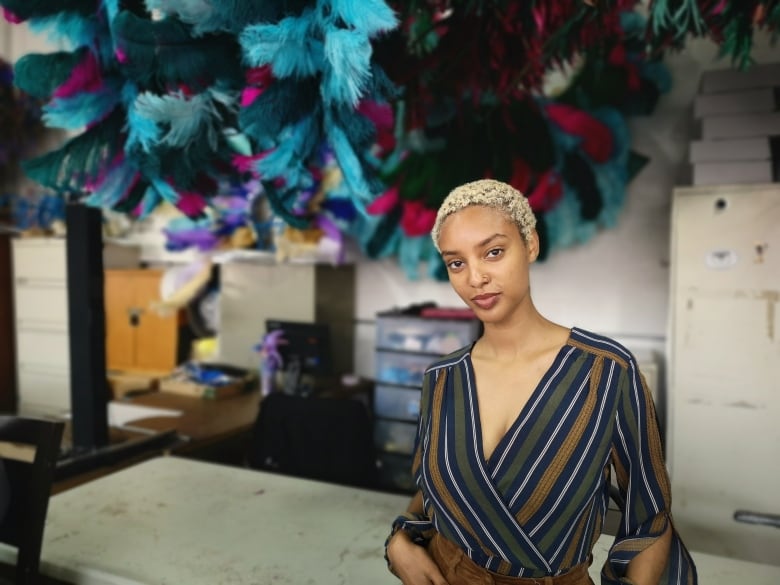 Ariam Eqbe, one of the Boob Book Project 'ambassadors' who will be in this Saturday's Caribbean Carnival parade, says she hopes to inspire conversations, especially among younger women. (Kelda Yuen/ CBC)

"The four girls that have been sponsored are going to be airbrushed, we'll have some glitter, maybe a couple of jewels but we really want to keep them topless as much as they can be, to really get the point across," she said.

Chris Alexander, chief operations officer of the festival management committee, says while there is a conservative part of Toronto's Caribbean community that would frown upon topless dancers, he sees it as a gesture of self-love.

"This is not to expose people. It's to be proud of who you are," he told CBC Toronto.

He also says costumes worn by carnival participants have always been revealing, and he doesn't see a big difference between the traditional outfit and wearing no top at all.

One of the ambassadors will be Toronto model Ariam Eqbe. She agreed that the presence of topless dancers in the parade this year could raise some eyebrows.

"Without controversy, nothing really happens, or it's not being taken seriously," she said. "So I hope there's controversy."

'This is beautiful, this is natural'

As for the reaction some families could have, Eqbe says she hopes the topless presence at the parade helps start young girls on a path to a healthier body image.

"I hope they show these kids that this is beautiful, this is natural," she said. "I hope that it opens doors and opens minds."

As for Stanley, she won't be baring her breasts herself. She says she needs to be a messenger rather than a participant.

"I feel it's important for me to stay covered, and for me to speak and say my truth about the project in order to be really heard," she said.

"Because a lot of times when our chests are out, a lot of people get very distracted.