What to expect from virtual Toronto Carnival 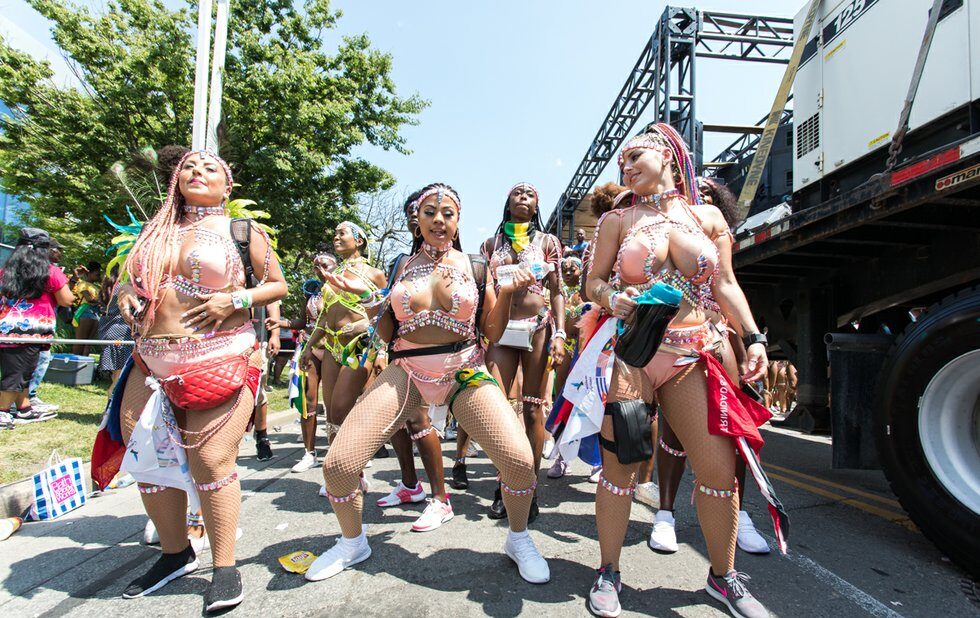 To participate in the Grand Parade, all you need is Zoom and a costume – an oldie or something slapped together at home.

“New things always create anxiety,” he said at the time. He ain’t seen nothing yet.

The COVID-19 pandemic has forced a vital cultural festival that got comfortable with tradition and repetition to restructure and adapt faster than it ever has before, launching this month as Virtual Carnival.
Carnival isn’t like the upcoming Toronto International Film Festival or other arts festivals, where social distancing measures in theatres complimented with virtual screenings provide a reasonable alternative. Toronto Caribbean Carnival’s CEO Aneesa Oumarally told NOW in an interview that the challenge of creating a virtual Carnival is replicating the road experience and Grand Parade online.

“Our people want to be close together,” says Oumarally. “I don’t know how you can do a long-distance wine.”

What Toronto Carnival will do virtually is connect revellers who want to bubble from their bubble space with DJs across the world, Caribbean artists and each other. On August 1, the Grand Parade will be replaced by an online “All Roads Lead To Toronto” experience that will be broadcast through TwitchTV, Facebook Live and Zoom.

The virtual parade begins at 9 am ET with a DJ in Australia, goes across to Asia to spotlight the vibrant soca scene in Japan, crosses over through Europe, into the Caribbean, and stops off in Miami and Atlanta among other spots before landing in Toronto with Dr Jay de Soca Prince and D’Bandit.

Along the way the show will throw to pre-recorded performances from Caribbean artists (acts are not yet confirmed), user-submitted favourite moments from past carnivals and to the revellers who register in advance (free of charge) to be part of the virtual parade. All you need is Zoom and a costume, whether it’s an oldie or something slapped together at home.

“Just put on something and let’s go,” says Oumarally, who points out that those who don’t want to actively take part are still free to watch, dance and sing along without registering.

Carnival month programming
Toronto Carnival kicked off on July 1 with a virtual O Canada performance from William Leathers, Mississauga’s 19-year-old trumpet player who is heading to Julliard. That was followed by an address from Justin Trudeau, whose words were later mashed into a soca tune during the official Toronto Carnival launch on Saturday night by DJ BuzzB.

Toronto Caribbean Carnival is also making the ingenuity required to adapt to these time an integral part of this year’s theme. Among the programs organizers will host in July are panel conversations discussing the history of Carnival, how it has adapted through slavery and emancipation and how it has kept the art form dynamic as it spread across nations and generations. These convos will include veteran mas creators like Whitfield Belasco and Canadian innovators like Salmon Cupid, who invented the first electric steel pan.

Weekly programs include Microbusiness Mondays, Wellness Wednesdays, Carnival Saturdays and Calypso Tent on Sundays. Microbusiness Mondays will feature innovators like Cynthia and Dwayne Dixon, whose SugaCayne Mas uses 3D printers to create costumes. This year they developed a VR visor that puts you on Lake Shore Boulevard during the Grand Parade.

The health-focused Wellness Wednesdays will highlight Carnival Spice and Socacize creators Shakera Martin and Ayanna Lee-Rivers, respectively, who adapted dancing to soca into workouts and bootcamps. Carnival Saturdays will host virtual parties. An upcoming dancehall session will switch things up from all the soca, and Calypso Tent on Sundays will feature live performances.

The Ontario Science Centre, which regularly partners with Carnival for the Innovation in Mas award, will host virtual experiments for kids, like creating an oobleck monster. That involves pouring cornstarch on a speaker and letting it dance to soca music while creating a unique pattern.

While celebrating innovation, Oumarally holds out hope Carnival can return to the way things were. Typically at this time of year, plans for the following year will already be underway. But COVID-19 has cast doubt over next year too.

“I don’t know what next year holds for us to be honest,” says Oumarally, explaining that she could hope for a vaccine and for the borders to reopen and allow in all people who come to Toronto for Carnival. Or she could embrace that what COVID-19 has dealt is simply the new normal.

“We feel that digital has to be part of our new reality. We definitely want to be on the road, with our big truck, with music, with our friends and family. This is very important for us. We are going to try to do whatever we can to ensure that we get back to that festival.”