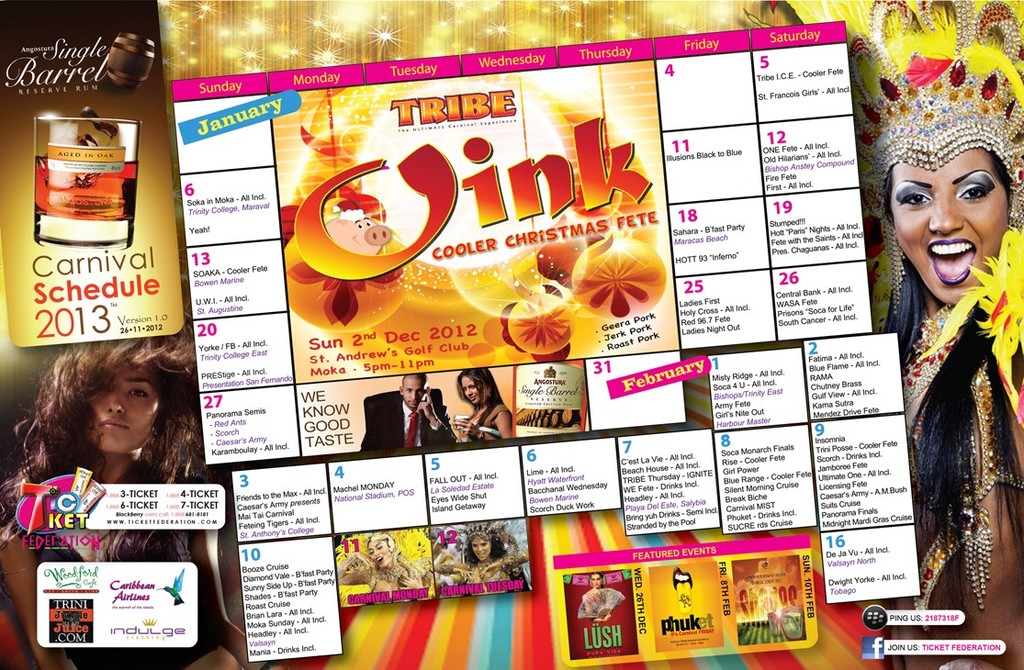 Ticket Federation has put out their first draft Calendar for the 2013 fete season! Time to set your dates... what fetes will you be hitting? All Inclusives only?