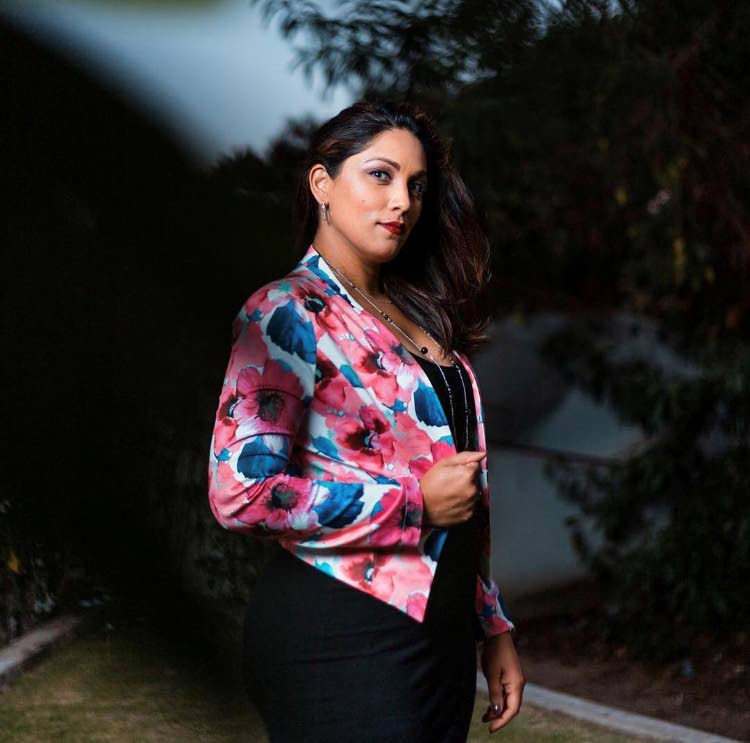 DURING its second year in Barbados, the D’Junction app is poised to offer guidance to Kadooment revellers enjoying the new and expanded route in 2019. The app also has a bonus safety feature that includes a panic button.

“These important features allow masqueraders to maximize their time by being able to navigate directly to the band using an interactive map. For those ‘following’ the bands seeking friends and family, the band is a helpful tracking device,” explained Trinidad entrepreneur Ria Karim, creator of the app.

“This year, the app has a bonus feature – it can help mitigate against potential threats to personal safety that may arise when searching aimlessly for a band – especially for visitors who may be unfamiliar with the layout of the land. The free app’s SafeT feature, can be customized among individuals and groups,” Karim noted. This Panic Alert gives users the option to create a closed group of friends/family members who can be alerted via a panic button with chat interface in the event of an emergency.

“The app therefore truly adds logistical and technological efficiencies to our Caribbean Festivals, and to cater to personal safety concerns by locals and tourists alike,” Karim added.

Long in use in Trinidad, the app was introduced to Barbados in 2018 and welcomed by this country’s Ministry of Culture. Its pilot with Baje International and Blue Box Cart was so well received that local business stalwart, Chefette, has entered into a three-year partnership with D’Junction.

As part of the app’s partnership with Chefette, the local restaurant chain’s locations across the island is displayed on the band locator map, allowing users to easily navigate to the Chefette location closest to them.

“The app happens to provide support to the bands we sponsor, others and the general public. From a corporate perspective we saw its presence as tech helping to digitize the traditional Crop Over experience – and brings an additional layer of safety to the festival,” said Ryan Haloute, Managing Director of Chefette.

For 2019, the ‘mobile app’ has partnered with major Crop Over bands Baje International, Blue Box Cart, Krave and Zulu International to allow users to easily track these bands real time, on the road during the festivities. The band will also offer tracking to Project X during its Foreday Morning experience.

“Given the recent announcement that there will now be two assembly points and therefore routes for bands (from Warrens and the National Botanical Gardens), this feature will undoubtedly become more of a necessity than a convenience for masqueraders during the course of the Grand Kadooment,” stated Richard Haynes of Baje.

“In 2019, D’Junction has truly become a Caribbean brand, now playing a pivotal role in Trinidad and Tobago Carnival, Jamaica Carnival and Barbados Crop Over. By 2020, we expect to have an even greater presence in the region’s and international diaspora’s carnivals the world over. I envision the app as filling the void for an all-encompassing app that many have come to expect when attending large festivals the world over,” Karim said.

The app serves as a free, versatile platform for entrepreneurs in the Crop Over industry to promote their events and bands to a global audience. The app is powered by Air Support Tactical and sponsored by The Abidah by Accra and EZ Transport Services for Crop Over 2019.