STX Festival Season Kicks Off with ‘Carnival Meets the Runway’ 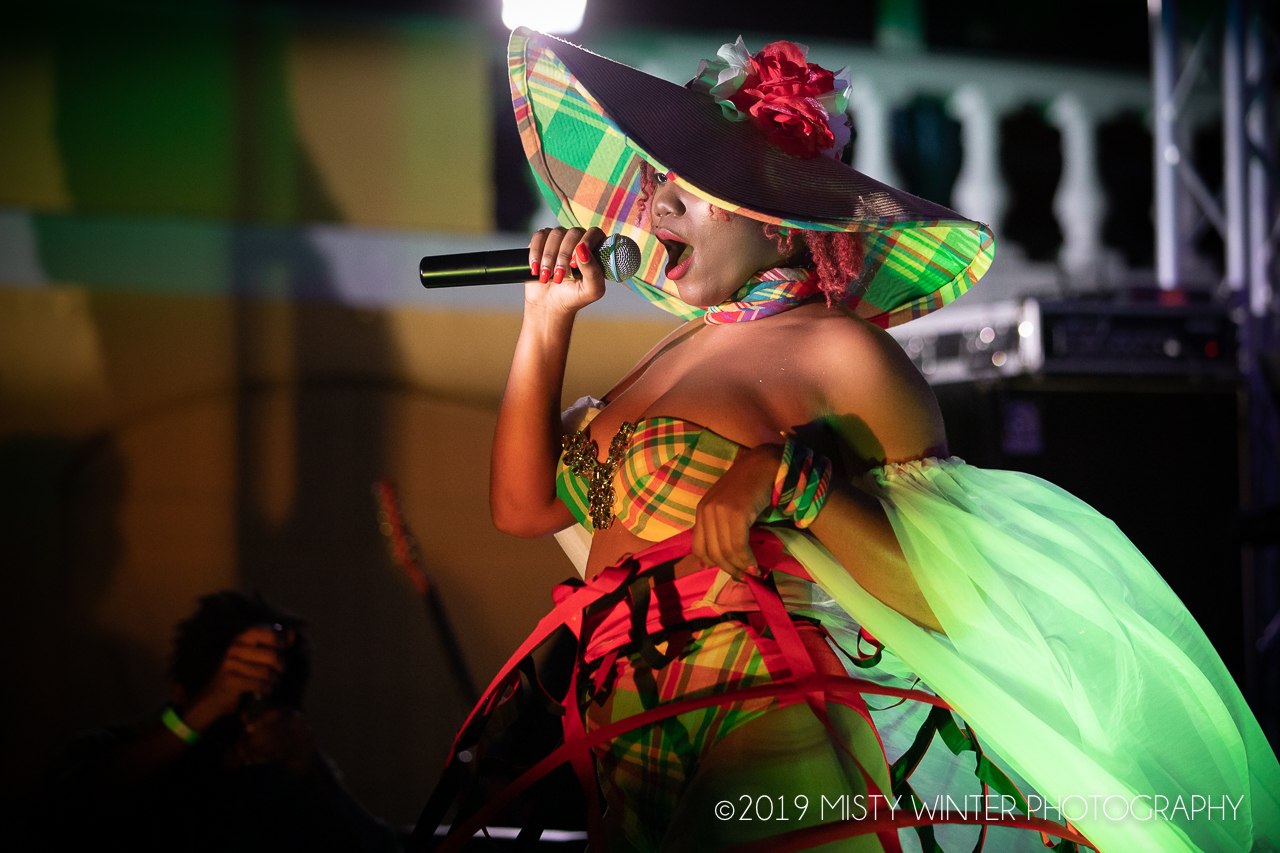 It is oﬃcially the beginning of festival season on St. Croix and Alvin Burke Jr.’s sixth annual “Carnival Meets the Runway” kicked it off with a bang Saturday. The night brought together Crucian Christmas Festival parade troupes and included a variety of entertainment.

The event provides those who wish to participate in the parade a look at troupes’ costumes, giving them the opportunity to choose which one to join. Crucians and visitors gathered outside the Caravelle Hotel, dressed to impress and ready for the festivities.

The night began with Supatrakz International providing early juggling to get the crowd going. The host, Lima Licious, sparkled in an all black sequin short suit with matching thigh-high boots and carried the energy all night with grace and Crucian style.

Troupes took to the stage and demonstrated the attitude and merriment of Caribbean carnival. The costumes wowed onlookers and the models kept the audience engaged with ﬁerce struts and playful dance moves worthy of fete culture. Troupe presentations by The People’s Band, Lockhart & Assoc. Festival Troupe, Inc., LeShawn and Festival Troupe, Pure Mass and Savage to name a few, kept spectators captivated.

The Poizon Band and VIO International got the attention of partygoers in between segments. St. Croix’s own Pumpa surprised the crowd, jumping on stage with moko jumbies and performing his hits alongside one of the troupe presentations. The highlight of live performances was special guest Mapy the Violinist, blending soca, afrobeat and dancehall while dressed in full carnival regalia.

While there were local troupes many know and love, an aura of newness from ﬁrst-time entry Sanctuary Festival Troupe impressed the audience. The Sanctuary Troupe directed by Chalana Brown and designed by Regal, oﬀered some new ﬂavor to festival. Infusing cultural wear, couture and consciousness into their costumes, the troupe featured local artists displaying elaborate designs while strutting down the runway performing music. Some of the performers included Michonde’ of YGT Band performing her single “Me, Myself and I” and Mpresz Blakk who led the troupe on stage in a sea-themed costume aimed at bringing awareness to preserving St. Croix waters.

Prestige Troupe by Elizabeth Hansen Watley also delighted the audience. The troupe’s theme centered around a presentation of African pride and purpose. With costume titles like “The Goddess and King of Ghana” and “The Queen of the Nile,” Watley said she hopes to “empower black people while paying tribute to our African heritage.” She said “we use real beads and all our details are hand-stitched” and that she hopes to “bring back the integrity of the costume with everything being handmade.”

Everyday Carnival, a company dedicated to festivals and carnivals of the Caribbean interviewed artists and designers alike. Follow the Fete held a giveaway and the two winners received free carnival costumes. The V.I. Lottery hosted a game in which contestants got into a box with blowing money and the contestants had 15 seconds to grab as much money as they could.

The night was full of tradition and music. Towards the end of the event, founder Burke came on stage to speak. He recognized DJ Karl for his contributions. “You may see him as a DJ, but he is one of the reasons this event is what it is today. This event is not mine, it belongs to all of us,” Burke said.