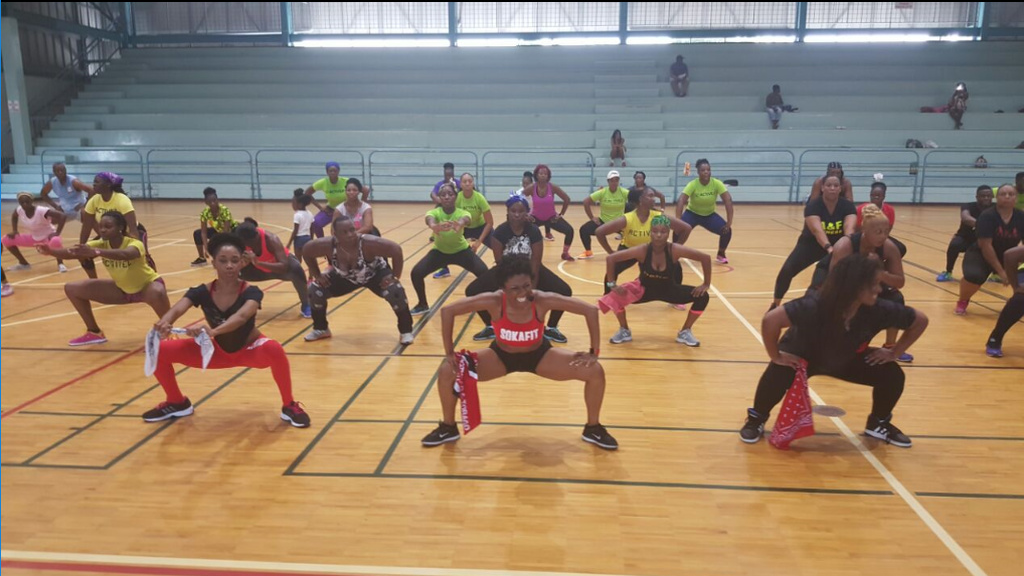 For the last three months, I have been a part of the Sokafit BodyMORPH programme, a three-month fitness programme that incorporates weight training, nutrition advice and twice-weekly Sokafit classes.

The programme is an offshoot of Sokafit, a fitness system created by media personality Lisa Wickham and her business partner Sheldon Felix.

As the name implies, the programme is fuelled by soca music but more than that, it takes elements of our Carnival culture and packages it into a fast-paced soca dance fitness class.  Yes, there is wining but there is also waving – in each class, participants are given bandanas to wave – and there are moves inspired by the Dame Lorraine Carnival character and sailor dance. The moves are also named after places in T&T such as the Buccoo Bounce, Bago Rock and the Sando.

With Sokafit officially registered in Australia, France, Canada and, most recently, South Africa, the programme is not just about exporting an indigenous fitness system but also exporting T&T culture to the world. 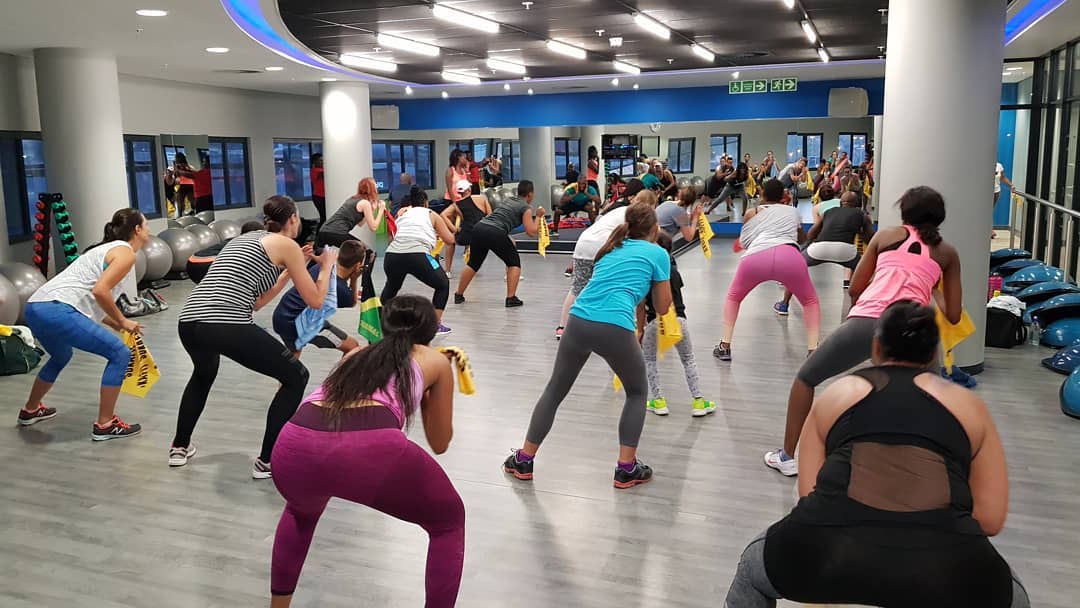 "When we train the coaches we do a cultural aspect of the programme, we teach them about the culture of Trinidad and Tobago, the multi-ethnic influences on the music and how they are going to use the music to impact the choreography on the class,” said Wickham, just back from South Africa where she spent over six weeks training coaches. She was initially joined by Lashaun Prescott, head coach of Sokafit and founder of the Elle dance school.

Prescott was the one Wickham and Felix contracted to design the Sokafit programme after Felix came up with the idea to get into fitness as a way to diversify their business. The duo had worked together for years in entertainment, pioneering, among other things, the way music videos were shot and produced.

“We were looking to diversify from what we know which mainly entertainment and he wanted to do a TV show in fitness. I know in aerobics I would be in the back of the class wining and they would say no and I couldn’t understand why I couldn’t wine. I found other forms of fitness were too strict in the movements and not necessarily dance and I wondered why we couldn’t combine the two and do something that people at home could do. So initially it was conceptualised as a television show,” explained Wickham.

Describing Prescott as the epitome of dance and soca, Wickham said when she first produced the COTT Awards where she met the dancer. She watched as Prescott was introduced to Machel Montano and went on to dance for him with her group of dancers from Elle.

She said they approached Prescott with the idea but she had been accepted to go to New York University to do her Master’s in dance.

“We said we will wait on you. By the time she came back in 2012, I was doing Home Again and Girlfriends Getaway and the film business was booming.  In December 2015 I said we have to do Sokafit, if we don’t do it now someone else will. In January 2016 we shot the teaser with Lashaun. People loved it and TV6 said yes they are on board and once it hit the airwaves people were like how do we get this in our gym,” recalled Wickham.

The tipping point, she said, was when Maurisa Gibson Bailey, the only exercise physiologist and sports scientist in the country, requested a Sokafit class at the Mucurapo West School where she teaches.

“We had a meeting with her to plan it and as a scientist, she said this is a proper fitness system. For instance, she said wining is called circumduction of the waist and if you repeat these moves over and over you will see the benefit to that part of the body.  She explained the benefits of each move and she agreed to come on board and with Lashaun, a group of Elle dancers, Sheldon and myself we sat on the floor in the studio week after week workshopping the moves, developing the criteria for coaches and developing the programme,” said Wickham.

To qualify as a coach, participants must learn the physiology and impact of Sokafit on the body and do a written exam as well as practical exams.

Sokafit’s growth from television was really as a result of them responding to the needs of the market.

After featuring the Mucurapo West School, other schools started calling and the founders embarked on an educational tour where children exercised and given lectures on fitness.  They did 23 schools in all including seven in Tobago.

Adopting the #onefitnation and #onefitworld slogans, Wickham and Felix decided that in an effort to help combat non-communicable diseases in the country, they could bring Sokafit to communities around the country through free community burns. From Plymouth and Roxborough in Tobago to Point Fortin and Matura, Sokafit held community burns all over T&T.

Classes began in various venues when members of the public came forward to train as coaches. The first coach outside of the Elle dancers was Tiffanie Dennison, whose father enquired about her training in Sokafit. Dennison was already a fitness coach in other systems and loved soca music.

Based in South, she today conducts Sokafit classes in San Fernando and Central Trinidad at six gyms.

“We had our first international coach from Australia, Jamie Trahanas. She comes every Carnival and she and Lashaun are friends. When Jamie saw Sokafit she wanted to be trained and certified and is now a super coach,” said Wickham.

Last year, they got an email from Tania Parissi, an Italian, who teaches Salsa and Zumba in Montreal, Canada.

“She was looking for a new form of fitness to introduce to her studio in Montreal and she came here not knowing anything or anyone, she trusted the process and now she just launched the Family Fit featuring Sokafit kids. Training with her was Jenny Pauline, who is the sexy, vivacious coach for the French Caribbean in Martinique and Guadeloupe. She has huge classes with up to 100 people.”

Stating that they plan to be all over, Wickham said she already had links in South Africa as she does a lot of film work there and in showing her business partner the Sokafit videos, she was encouraged to establish the system there.

“So Lashaun and I went across and we trained 22 coaches.  We expanded the curriculum there to include business studies and communication skills to be used as an empowerment tool in the townships,” she said.

Describing the cultural immersion of the programme, Wickham said in South Africa, they recreated the J’ouvert experience with powder and the paint, and then explained the significance of the tradition in the Carnival context.

Asked about the challenges in growing the Sokafit brand, Wickham said in T&T some dismiss it as just a wining thing.

“We take the benefits of soca dance for granted but this has been put into a fitness system to help people meet their fitness goals. Within the system is repetition, in a fete you not going to jump the same way all night to get the benefits,” she explained.

As a start-up, she said, finance is always an issue especially when it comes to legal fees and associated costs of setting up in different countries. She praised ExporTT for holding their hands through their international expansion.

She said from a human resources standpoint, they have been able to rely on satellite relationships with a team of videographers, photographers, coaches, graphic designers, doctors and nutritionists who all support Sokafit.

Wickham, who has kept herself relevant in business and media since she first appeared on Rikki Tikki at the age of six, knows all too well that innovation is key to survival and that has been applied to Sokafit. The BodyMORPH programme is an offshoot product to help people focus on their goals of losing weight and getting fit and includes blood work, body analysis and nutrition advice.

A recently launched product is the Chip2Burn which will be held in communities. Participants chip behind to soca music as they do on Carnival days before engaging in an intensive burn.

Asked about the future plans for Sokafit, Wickham was mum.

“Just look out for more surprises,” she said.