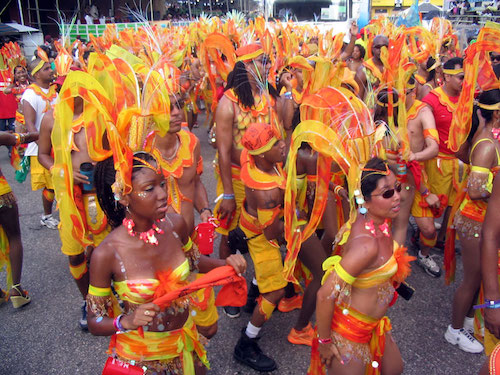 There is no Carnival 2021 in Trinidad, but there will be a Soca Monarch. A version of the competition will be held online, according to creative director for International Soca Monarch (ISM) Simon Baptiste, Trinidad and Tobago’s Sunday Newsday reported on January 17.

In a telephone interview with Sunday Newsday, Baptiste confirmed the competition is on with the management team seeking sponsorship for prizes. The competition, which will be rebranded The Monarch, will take place on Feb. 12 – Carnival Friday.

Baptiste said even though the National Carnival Commission (NCC) will not be hosting any virtual events, he intends to “still make an effort.”

Contacted on Saturday (Jan. 16) about The Monarch, NCC Chairman Winston “Gypsy” Peters said while promoters were free to host any event, the commission will not recognize the winners of any competitions.

“There is no Carnival 2021 so the NCC won’t recognize any winner for any event,” Peters said when asked if the privately held competition winners will be listed nationally as having won the titles.

When informed about Peters’ remarks, Baptiste was quoted as saying: “NCC is free to make decisions that it thinks is best; however, beyond the NCC mandate, the Carnival community will support the winners and will stand by them.”