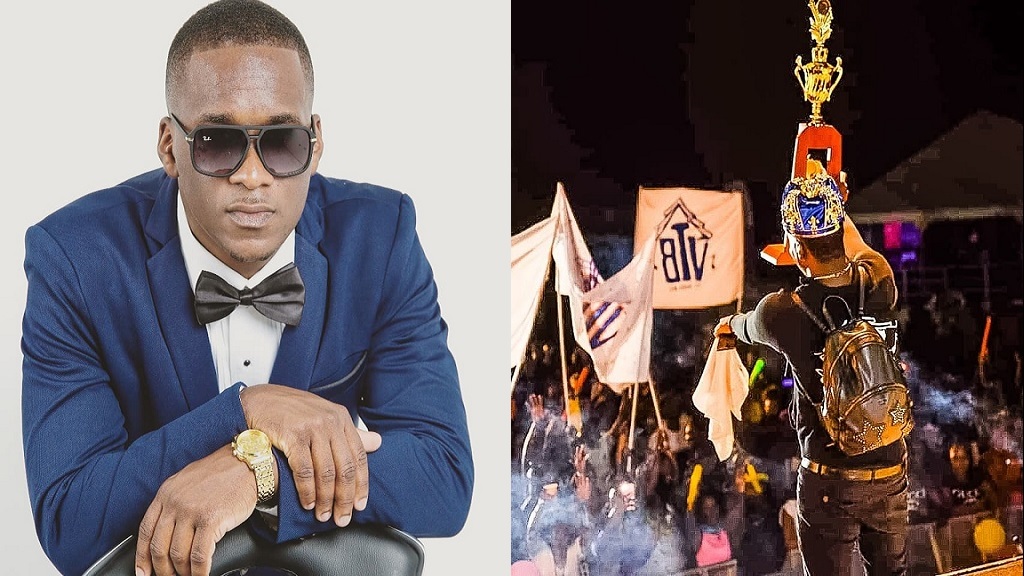 The 28-year old multi-talented artist and member of the Vye Twizeen Boyz from Belle-Vue, Vieux-Fort, captured the hearts of many music lovers with his first major release in 2018 entitled, ‘Mahjee With Yourself’.

The song became so popular that “Doh do mahjee with yourself” became a St Lucian catchphrase.

No stranger to the music industry, Sly whose real name is Sylvinus Charles, has been playing music from the age of 16. He is a master with the drums and the bass and a minor keyboard player. At 21, he officially started writing and taking a serious interest in his music.

Sly, a fire officer by profession, has described his reign as the 2019 Groovy Soca Monarch as a life-changing experience.

The night preceding the competition, he was ready to quit.

But despite the many challenges, pressures, and setbacks, he was able to outshine veterans in the game such as Mantius, Invader and Ricky T. He captured the title with another well-known tune named ‘Mix Up’ which had everyone speculating whether the song was derived from his personal experience.

After his big win, Sly has been receiving a great deal of support: “The love I’ve been getting, the support, it was absolutely overwhelming. There was a long motorcade in my community, Belle-Vue, after the event. And you know I have been getting a lot of good messages.”

Since then, he has been awarded opportunities to perform internationally in countries such as Canada and England and gained massive exposure, increasing his fan base.

The Groovy Monarch was more than ready to defend his title this year. Unfortunately, COVID-19 forced the postponement of Carnival to 2021.

Nevertheless, Sly is moving forward with his musical plans for this year with the release of ‘Fey’ which is a response to the Coronavirus pandemic. He plans to release more music throughout the year into 2021. Besides soca music, he will be delving into other genres and showcasing his versatility as an artist.

To aspiring artists, he had some very encouraging advice: “Everything starts with a dream. If you don’t put that dream into action it will always remain a dream. We are a true testament of that. We just decided to make one song and from one song we got to where are today.

I am just encouraging all aspiring artists out there. If you have a dream follow it, nurture it, speak to people who have the knowledge. It’s not a competition we all represent 758. That’s what we have to do each one reach one, each one teach one.”

Sly teased some upcoming collabs with major artists including a dancehall release next week as well as a reggae song on Arthur’s new Wave Riddim.