Sign Language interpreter aims to make soca accessible to all 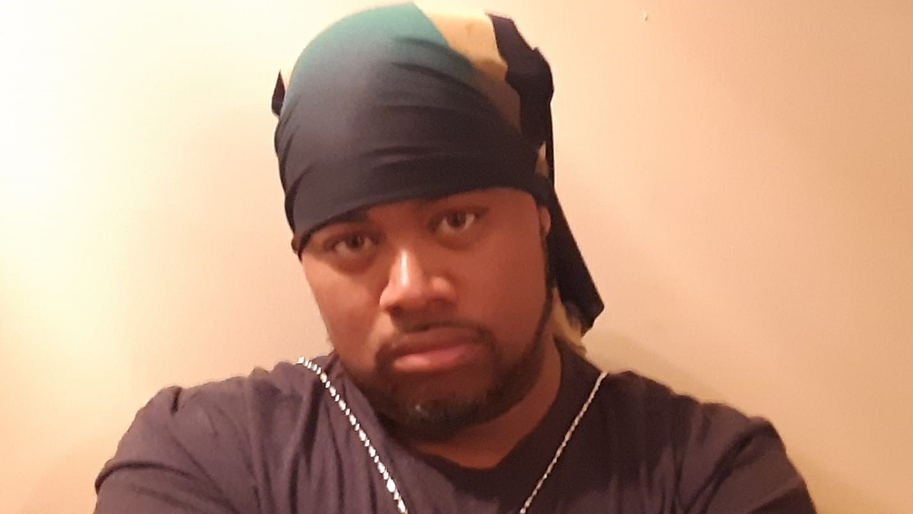 In the push to make soca global, artistes and promoters are being encouraged to make their events more inclusive.

An American Sign Language interpreter known as Flinghandz said when we could open up and bring inclusion in, the differences become less and the similarities among us become greater.

Flinghandz has been opening up the world of soca to Deaf and Hard of Hearing people in the United States by providing sign language interpretation at Caribbean events.  He will be next seen in action at Miami Carnival next month.

Speaking to Loop from his home outside Washington DC, where he now resides, the New York City native said his parents are of Jamaican and Guyanese backgrounds and he grew up listening to calypso and soca. His grandfather was a musician for the late Lord Kitchener when he performed in Jamaica.

He said while attending a fete with his mother, he realised she wasn’t getting the full experience as the other patrons. Deaf and Hard of Hearing people would usually stand close to the speakers to feel the vibration of the music but because they don’t know the lyrics being sung, they cannot fully enjoy the songs.

“My wife suggested that I do an interpretation of the songs and when she asked if I could do the songs, I said yes. I didn’t see anything going on at any of the venues and I tried it. When I saw my mother’s reaction when she started seeing the lyrics it turned the lights on in me. I said how come we don’t have this for our people? I have done it for everyone else and I didn’t see it offered at any events we were represented,” he said.

It wasn’t easy convincing event promoters to allow him access to provide sign language interpretation at events but eventually, they saw the benefits of including people who have the disposable income but don’t feel catered to.

“There is a lot of perceptions and misconceptions and a lot of talking to people to get them to understand,” Flinghandz said.

“The first one I did was in Virginia for Carib Fest and people went up to the promoters and said they left their relatives at home because there really wasn’t anything for them. It is a wonderful thing John and his committee at Miami Carnival are doing to reach out to the community and trying to make it more inclusive.”

He said at another event he did people came up to him after the show requesting the name of the songs to purchase them right away. Machel Montano was one of the artistes whose music people bought digitally.

Flinghandz makes it his business to learn the new soca songs and says because he has always had a connection to the music, learning to interpret the songs isn’t difficult.

“American sign language is different from Trinidadian and Jamaican language. I am taking the patois and I am translating it into American sign-language. The whole process for one song I could do that in a day or two.  I break the song up, try to get the message of the song and give that, it is not a word for word translation,” he explained.

Flighandz said he has had big reactions to songs from Kerwin DuBois and Kes the Band.

“When you match the lyrics to the music, it is something to behold. “Savannah Grass” is a big hit and some of the posts with the most views on my Instagram is “Hello”,” he said. That video has over 500 views. Flinghandz, who always has a rag tucked into his pants, doesn’t just do the interpretation with his hands, his whole body moves as he communicates with his audience.

“Soca is new for a lot of people. Some of the Caribbean music has storytelling that goes into the music and that opens up a whole new world,” he said.

Flinghandz, who has interpreted for the likes of Barack Obama, scientists, artistes and college professors, said the need is there for sign language interpreters because the deaf and hard of hearing want to enjoy a full life.

His aim is to work in the Caribbean at cultural events and educate stakeholders about the importance of inclusion.

“I worked with artistes before and they are unaware of the impact of this but when they do become aware it is fascinating to them and it is a pleasant shock. We say soca to the world but this is the world. We have people who are part of the culture but are not always included,” he said, recalling his dismay when he saw Calypso Rose, who he loves, at Coachella without a sign language interpreter, unlike many other performers.

“I would like to use my services as a vehicle to open up the Caribbean and their minds to people who are deaf and open up more education and development. Right now there are a lot of experienced educators all over the Caribbean and I would love to lend my experience. I have a love for the music so providing sign language services at events will always have to occupy the space. Soca has a special place in my heart,” he said.