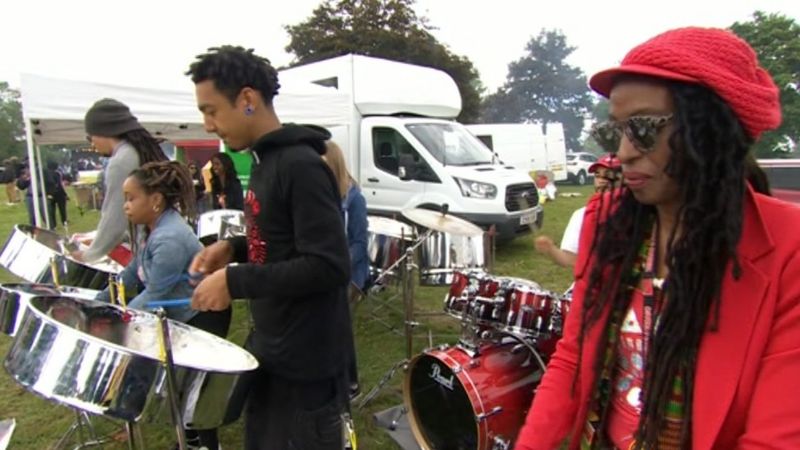 Volunteers have told how the Caribbean community will feel "let down" after Reading Carnival lost its licence.
On Thursday Reading councillors revoked its licence over safety fears raised by Thames Valley Police.
Last year two people were stabbed at the annual event celebrating culture which has taken place in the town since 1977.
Volunteers called the removal disproportionate and said they faced an "uphill battle" against the police.
Reading Borough Council's licensing sub-committee ruled "there were not sufficient plans or management structures in place to ensure a well-run and safe event" organised by Reading Caribbean Cultural Group (RCCG).
At Thursday's hearing the force said it did not have "confidence" in the organisers and said it was "only a matter of time before someone was killed".
Speaking to the BBC Radio Berkshire RCCG treasurer Glenn Dennis said: "The Caribbean community will be extremely disappointed and they will feel let down massively.
"It is a big shame and we have to go away and take stock, and see how we go from there.
"But I think we have an uphill battle because we know Thames Valley Police will oppose all the way down the line."
Carnival calypso artist Jeff Hinds described the hearing as "very hostile" and unfair to organisers who brought "great diversity and culture" to the town.
But Sonia Walker, last year's carnival event manager, said despite some young people showing "total disrespect" at Prospect Park, organisers would work to get it right.
She also called said the council's principal licensing officer's suggestion the carnival needed to be more multicultural was "nonsense".
She added: "Do they say Diwali should be a multicultural event? Why are we always having to water down our events."
Thames Valley Police said in a statement its priority was to keep people safe and it was working with organisers to support them to organise "a safe and professionally-managed carnival in the future".