So it’s a little surprising that one of this year’s most popular Carnival tunes is a jaunty ballad performed by the 76-year-old music legend Calypso Rose and titled matter-of-factly “Leave Me Alone.” The song features a woman trying to party in the streets without interference from men, exhorting them to “leave me, let me free up.” And it’s being hailed as a feminist anthem.

“It’s like a rallying cry for women who just want to be able to have the option of enjoying their Carnival — Carnival being that space of freedom,” said Attillah Springer, 40, a Trinidadian writer and activist. “And then you have to deal with people who are trying to control how much freedom you feel.”

A year ago, the high-profile killing of a female Japanese musician attending Carnival here in the capital — and comments by the city’s mayor blaming the crime on the woman’s revealing costume — alarmed and outraged women’s rights activists. Since then, a swelling protest movement has begun to change perceptions of the way women are treated during the country’s best-known cultural event, the two days before Ash Wednesday when thousands of locals and foreign visitors dance in the streets in elaborate, often racy, outfits.

Some protest efforts have a broad focus, urging the government to better protect women in Trinidad year-round. But activists also aim to highlight more subtle forms of misogyny, such as street harassment and Carnival body shaming.

Some women say they have grown so fearful of male aggression at parties or in the streets that they’ve considered avoiding Carnival altogether.

That feeling has troubled Anya Ayoung-Chee, a Trinidadian fashion designer who became internationally known when she won the ninth season of “Project Runway” in 2011. She designs costumes for the Lost Tribe, one of the most sought-after and expensively costumed Carnival troupes. But this year, she said, Calypso Rose’s “Leave Me Alone” touched a nerve — and she partnered with local activists and artists to design and sell hundreds of T-shirts with the phrases "Leave Me Alone" and its colloquial corollary, "Leave She Alone".

Ayoung-Chee pointed to the music and images that push women to look sexy, party endlessly and dance freely with men — and the impulse in society to then blame acts of violence on those choices. Ayoung-Chee noted that women are often labeled “stush” (snobbish or stuck-up) when they decline invitations to dance.

Activism on issues such as domestic violence is not new in Trinidad. But attention sharpened after the death last year of the Japanese musician Asami Nagakiya, who played annually with a prominent Trinidad steel pan orchestra. Her body was found in a park the morning after Carnival ended, still in a yellow bikini costume, according to news reports. She had been strangled. The killing remains unsolved.

When Port-of-Spain’s then-mayor, Raymond Tim Kee, argued that the “vulgarity and lewdness” of female Carnival-goers’ behavior had contributed to Nagakiya’s death and that women bore the responsibility for ensuring they weren’t abused, the backlash was immediate. Women showed up at his office in protest, some wearing their Carnival costumes. There were petitions and calls for his resignation.

Since then, there have been formal efforts to address violence against women in Trinidad and Tobago: Springer, the writer and activist, and fellow activist Angelique V. Nixon launched a group called Say Something to press government officials to conduct gender-sensitivity training and collect better data. In an online campaign called #LifeInLeggings, Caribbean women talked frankly about their experiences of street harassment or sexual abuse.

The government’s response has been uneven, and Prime Minister Keith Rowley has also been accused of victim-blaming. But some see signs of changing attitudes: Politicians are mulling changes to the Domestic Violence Act, and last April, the government’s Gender Affairs Division established a national registry for domestic violence. Police representatives also met with Say Something to discuss ways to prevent crimes against women during this year’s Carnival. 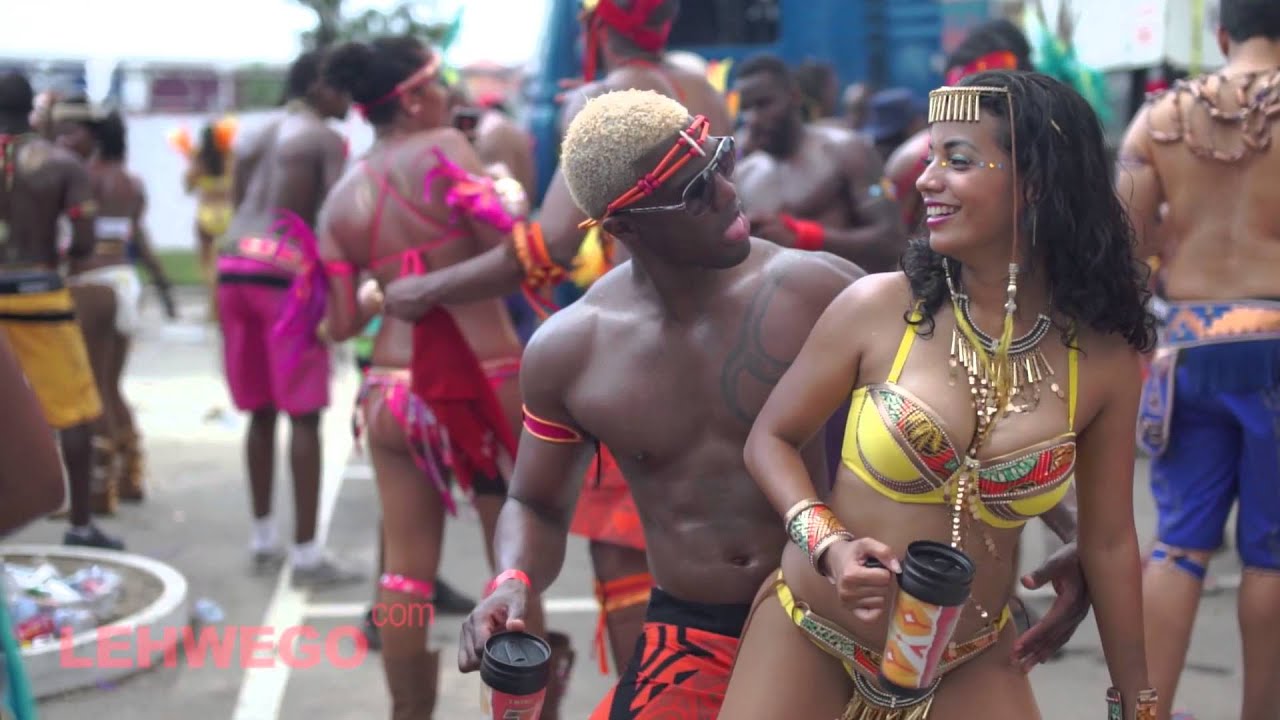 Meanwhile, activists are also zeroing in on the more commonplace offenses that women face. The prevalence of street harassment (a long kissing noise is the catcall of choice in Trinidad). The objectification of women’s bodies in popular soca songs. The overrepresentation of white or light-skinned women in Carnival advertisements and imagery. The pressure for female Carnival-goers to crash-diet, pay for expensive gym memberships and spend money on hair extensions and professional makeup artists — a departure from Carnival of decades ago, when women of all shapes and sizes were encouraged to participate. (An invitation for one of the season’s hottest pre-Carnival parties featured a list of don’ts: “No refusal of shots . . . No fashion f---ups . . . No stush vibes . . . No sloppy bodies.”)

Then there is the matter of evolving dancing etiquette. Trinidad is known for “wining,” a kind of hip-rotating dancing akin to American grinding or twerking. Many Trinidadian women say that, increasingly, men respond aggressively when their exhortations to “wine” are rejected. Sometimes men grab women by the waist and force them to dance, “and every single woman who engages in Carnival has had that experience,” Springer said.

“You’re there, you’re in the party and somebody trying to control your bamsee,” Springer said, using the Trinidadian word for rear end. “And you’re just like, ‘Just leave me at peace! I just want to be in my body and feel what it’s like to be in my body for myself.’ ”

The discussion about women’s roles in Carnival is part of a wider soul-searching about the state of the celebration and how it has changed from the traditions of decades ago, when Carnival costumes depicted figures from history or folklore and often encapsulated stinging political or social statements.

But Gabrielle Hosein, head of the Institute for Gender and Development Studies at the University of the West Indies in Trinidad, said the current bikini-and-beads iteration of Carnival doesn’t necessarily exclude political or social activism.

“It’s the largest movement of women in Trinidad and Tobago seeking autonomy and self-determination around their sexuality and their bodies, in opposition to a particular kind of respectability politics . . . purely for the joy and pleasure they experience,” Hossein said. “One can see those goals as highly political in our world today.”

Ayoung-Chee said she wants to help people see how the free-for-all Carnival vibes can align with the tradition of activism and rebellion.

“Coming out in the streets in the tens of thousands, owning your space, owning your freedom,” Ayoung-Chee said. “What is that besides activism?”