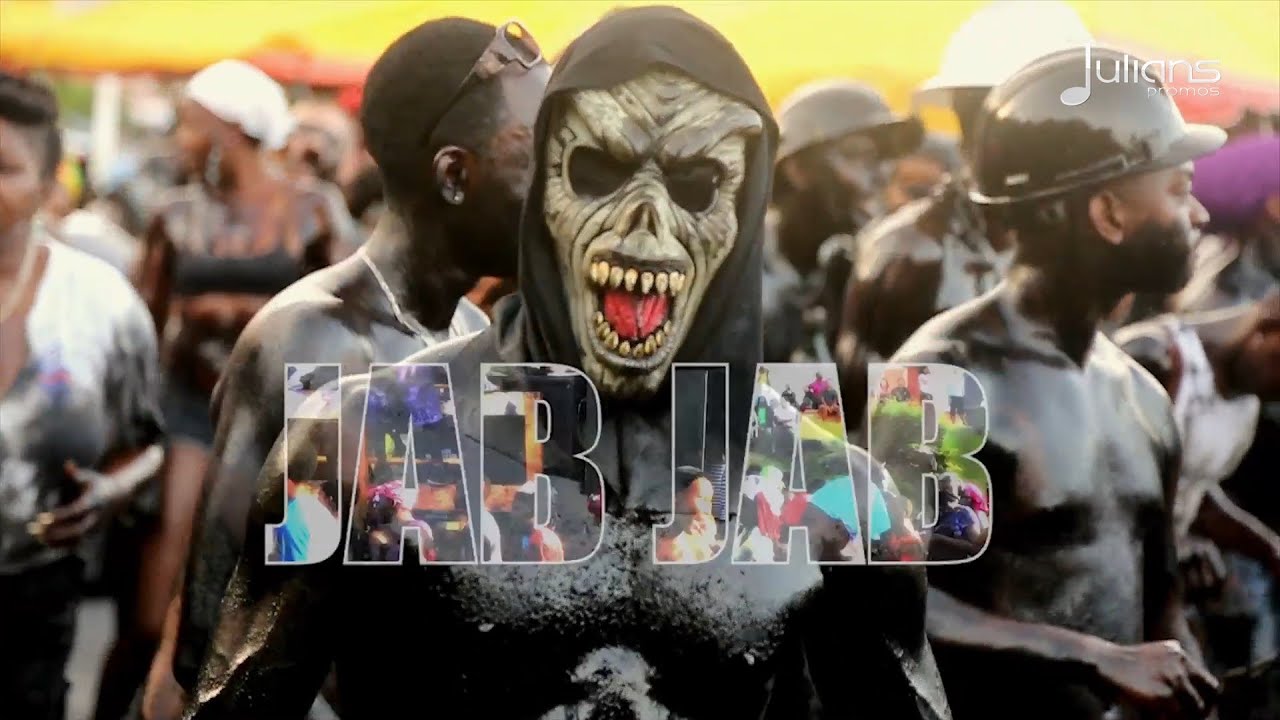 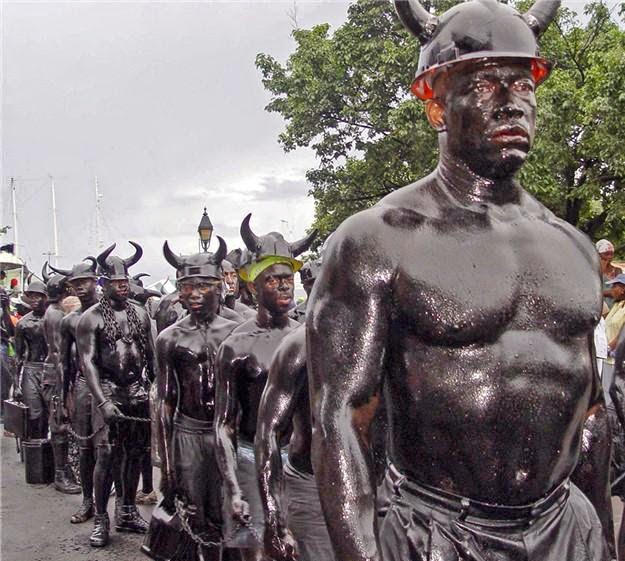 If you had any doubt about the importance of the Jab Jab in Grenada, a trip to this year’s Spice Mas would’ve cured that.

This year’s festivities sealed Grenada’s reputation as the Jab Jab capital of the world with Jab Jab songs claiming top prizes and the actual Jab Jabs wowing locals and visitors alike around the country.

In the Soca Monarch competition last Friday night, history was made when Shortpree, a former monarch, won the Groovy Soca with his depiction of Jab Jab culture with Dis Mas.

Shortpree’s presentation included a brief history of the Jab Jab and was complete with a Jab Jab presentation.

Jab Jab even dominated the keenly contested Road March with the Road March winner this year, Synnah, invoking the Grenadian sense of pride over its Jab Jab by imagining a Jab on Sesame Street complete with the popular Sesame Street tune in the chorus.

Jab Jab is however much more than music; for Grenadians it is actually an integral part of their culture.

Born out of the post-slavery era when ex-slaves in the Caribbean used the Jab Molassie character to mock their former owners, the Jab Jab has maintained its popularity and authenticity in the Spice Isle.

In St George’s, the capital, and rural communities in St David and Gouyave, Jab Jabs take the street en masse for J’ouvert events painted from top to bottom in black oil with horned helmets on their heads. 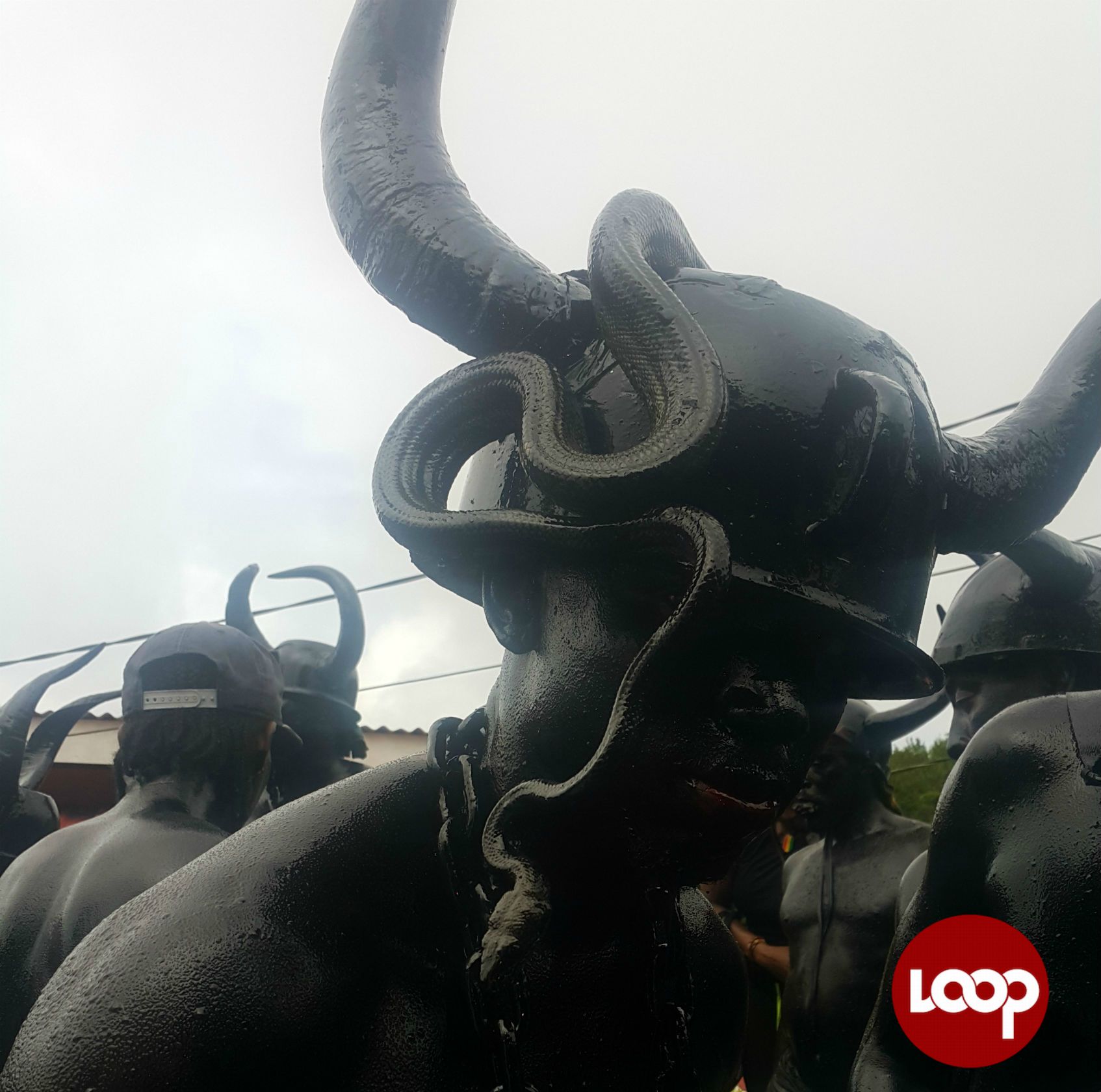 Some had snakes wrapped on their helmets; we saw one man pushing a rather large pig head in a stroller, another with a bucket of congorees, while others strolled about menacingly with large chains and actual fish entrails hanging from their mouths, red dye dripping alongside it for added effect. 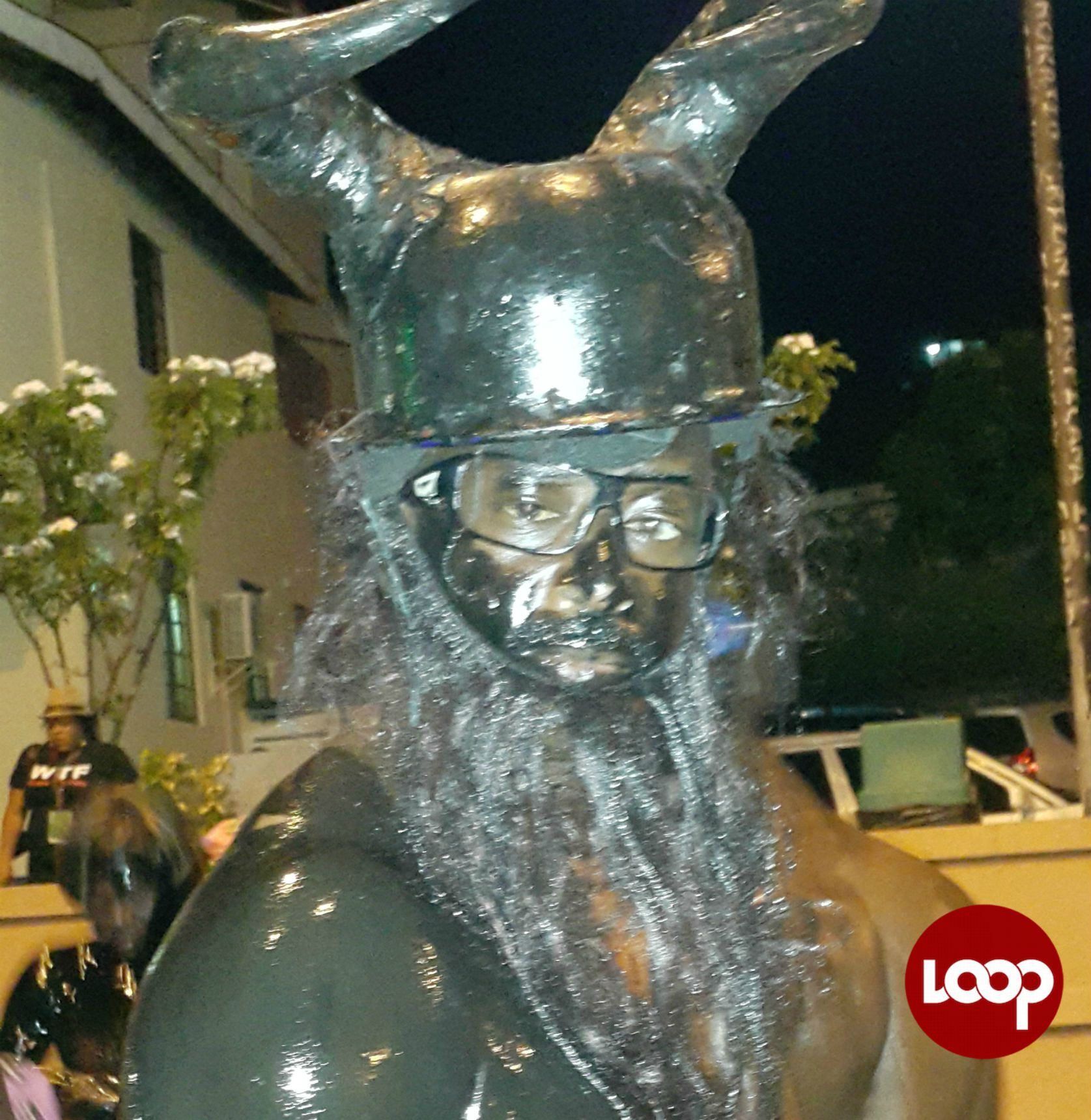 Dexter Mitchell of cultural and entertainment company Made in Grenada, told Loop the aim is to be as gross as possible and people plan their presentations all year ahead of the J’ouvert.

Despite its popularity today, the Jab was once banned in Grenada and the law is still in fact on the law books, said Mitchell.

“Gairy passed a law banning jab, he didn’t that expression, he didn’t want opposition to his Government so he thought that is people gathered en masse and in costume and in disguises they could rise up against the police force. But in 1973, people just decided that you could mess with everything else but not with Carnival, not with J’ouvert and Jab. And so they just erupted on the streets in thousands and since then there has been this explosion that no matter what has happened in Grenada, politically, religiously or so on no one will stop Jab and it has exploded,” he said.

Mitchell said the second watershed moment for Jab culture took place in 1991 when Moss International used the sound of J’ouvert and tried to capture it in one song called Jab Molassie.

“ At beginning of song you heard the sound of the shell and the chants you heard in the song were what you would hear on the streets. Since then the Jab Jab sound developed,” he said.

Mitchell, who also manages Tallpree, known widely as the king of Jab, said the singer took it further when he released Old Woman Alone in 1999 making it appealing to a younger generation and taking Jab Jab to the world.

“Because of his success people realise we don’t have to be Machel Montano we have people here we can mimic. Because of that there has been an explosion not just in music but the playing of Jab, it has crossed all strata of society, everyone wants to play Jab now.”

Okay, I know. Carnival is still months away. Despite this truth, however, the carnival celebration context is not the only context in which the Jab Jab masquerade can be talked about. Jab Jab is much more than just masqueraders gyrating through streets during carnival celebrations.
So, in what context am I speaking of Jab Jab? I am speaking of Jab Jab as consciousness in action. As an awareness, fueled by a passion, that can and should be channeled, not only as masqueraders on the streets of Brooklyn during Labour Day, or during the Trinidad and Grenada carnival celebration, but to inform us in the fight for positive world change. Think about it! Thinking of Jab Jab in this context, however, requires us to, not only rethink our modern view of the Jab Jab masquerade, it requires us to remind ourselves of the true historical reality of the Jab Jab.
What is the historical reality of the Jab Jab? The word Jab, in English, simple means to strike with quick short blows. This is indeed an aspect of the Jab Jab masquerader. Armed with ropes and chains, [and snakes today, to frighten spectators] one has to pay compensation to the Jab Jab or else be jabbed with ropes and chains. Of course, this jabbing is a pretentious action, but it has a significant historical connection to the story of black human beings and their person-hood and humanity.
As a word connected to the carnival celebration, the word jab has its roots in the French word “Diable,” meaning “devil.” Thus, in the Grenadian context, Jab Jab, as it is used, means “devil, devil” or “double-devil.” Certainly, the masqueraders are not the devils themselves. They are instead acting out the actions done by a people they believe to be devils. In this context, the Jab Jab masquerade can be interpret as one group of people abusing another and forcing them into providing or performing some type of act [giving money to the Jab Jab in the carnival celebration context] against their will.
The question then is this: Who is the devil or devils, as demonstrated by the Jab Jab masqueraders? The answer can be found in the Jab Jab historical connection to the fight against slavery and the freedom that follows. There are different stories of how the Jab Jab masquerade in carnival came about. First, however, we have to remember that before the emancipation of slavery, the slaves were not allowed to partake in carnival celebration. After emancipation, however, the formally enslaved Africans were able to take part in the masquerade and began using, what is called, Cannes Brulees or “burnt cane” to paint themselves black and greasy as a commemoration of their freedom.
L.M Fraser, in History of Carnival, gives this story as the origin of Jab Jab. Fraser writes that:
“In the days of slavery whenever fire broke out upon an Estate, the slaves on the surrounding properties were immediately mustered and marched to the spot, horns and shells were blown to collect them and the gangs were followed by the drivers cracking their whips and curging with cires and blows to their work. After emancipation, the negroes began to represent this scene as a kind of commemoration of the change in their condition, and the procession of the “cannes brulees” used to take place on the night of the 1st of August , the date of their emancipation… After a time the day was changed and for many years past the Carnival days have been inagurated by the “Cannes Brulees”. [Traditional Mass Archive]
In Haiti there is the Lanse Kod, who are masquerading people that paint themselves as black and greasy as possible, to resemble the African slaves, and carries ropes and chain, as a representation of the brutality of slavery and the Haitian freedom in 1804. This very context is the essence of the Trinidadian Jab Molassie, [Molassie come from the French patois Mélasse, meaning Molasses] and the Grenadian Jab Jab.

Yes, indeed. Jab Jab is an artistic metaphoric expression of freedom. That is the Jab Jab essence. Thus, as we celebrate the 20th celebration the Rwandan genocide, in the light of the Jewish Holocaust, the Albanian genocide, the ongoing actions of Muslim killing Christians and Christians killing Muslims, and other grave harms that we human beings have brought and continuing to bring upon each other, we must think of the Jab Jab in the context of a consciousness in action. In the context of an awareness that is informing our action towards promoting world peace, freedom and human rights for all. That is true Jab Jab.
Sure the Jab Jab dramatization is the mockery of the evils visited upon our black Africans ancestors by the white colonialists. Thus, these colonialists were the devils. However, we cannot let the Jab Jab spirit begins and end there. There are many evils in today’s world and their perpetrators transcend “race” and color. Therefore, as a people who are the Jab Jab essence; a people who embrace the consciousness of the Jab Jab, we should not let that awareness remain in the historical past. Let it be active. Use it and promote it as the awareness in the continuing fight for freedom and human rights for the many, many people around the world.
The high intense energy that the Jab Jab family demonstrates during the carnival seasons should also be channeled into fighting against those who act on the urge to demonize and marginalized minorities at home and abroad. The Jab Jab awareness should not be limited to just a celebration. It should be a consciousness that is used to foster the rights for freedom of speech, self-expression, and others' human rights. It should be used as an awareness to promote and protect gay rights, lesbian rights, nonbelievers rights, believers rights, women rights, etc. Our Jab Jab calypso and soca songs should echo a call for those rights to be upheld and protected. To me, this is the true expression of the Jab Jab essence.
So my Grenadian people, my Caribbean people, next carnival, as we blacken our skin and conjure up the African awareness of the Jab Jab, remember its true representation, and let us together, in the words of Jab Jab singer Tallpree, “play a wicked Jab” for the protection and promotion of human rights for all human beings, rights for animals, and for all of nature.
Jab Jab!