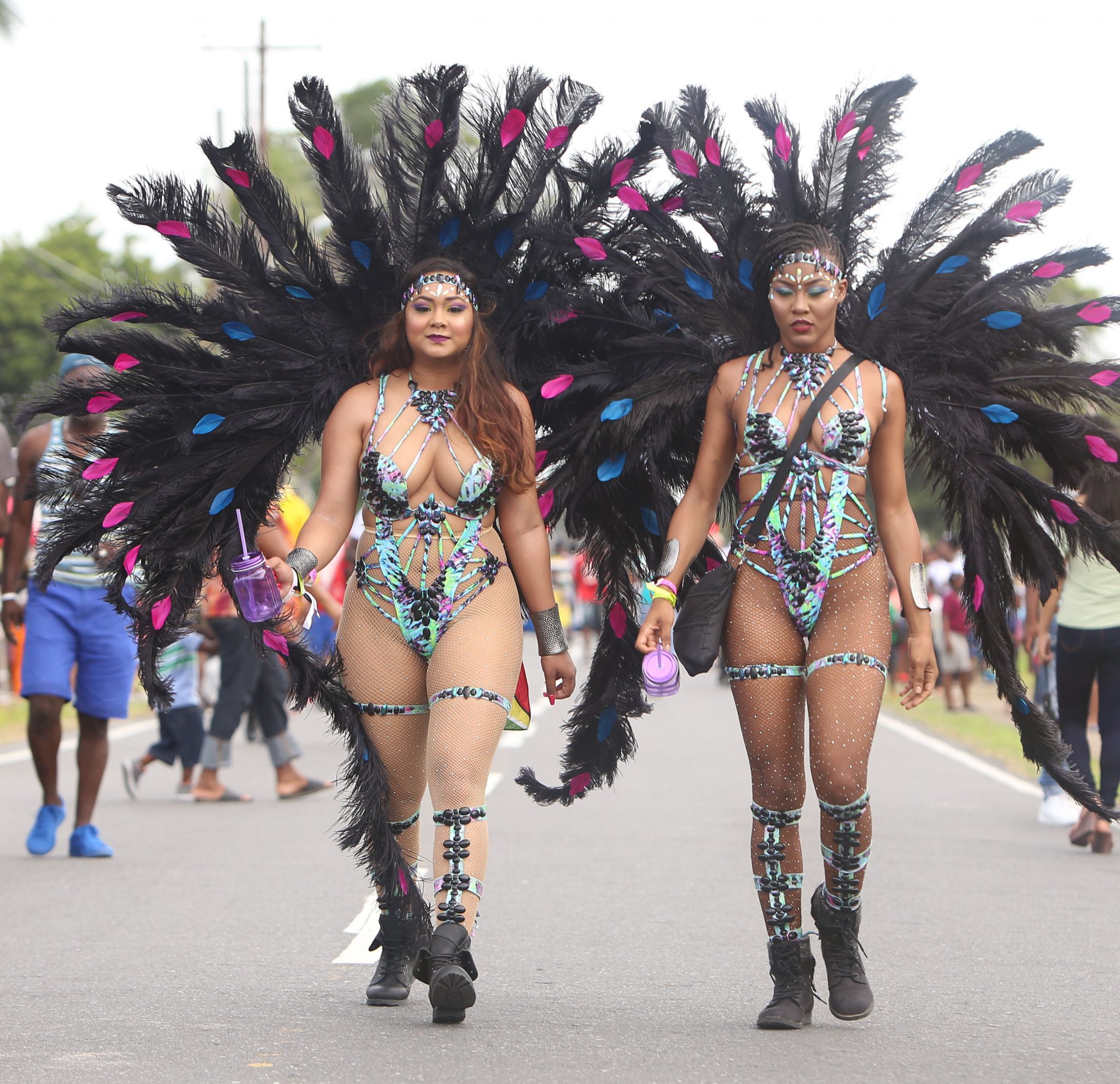 The independence anniversary in Guyana last Tuesday crept by without flourish or fanfare – quiet, but under a pall of disquiet, imposed by the still threatening coronavirus in collusion with a pervading political siege. Silence overpowered the city in the stark absence of the imported carnival, in whose memory breathless, loquacious DJs tried in vain to ignite an air of excitement on various radio stations.

These indefatigable agents provocateurs for carnival revelry did their best to recreate a virtual road march with music, verbal pictures, and chatter on the radio waves. Listeners were taken through imaginary J’ouverts, a reveille calling or recalling the sounds of Soca in an effort to compensate for the absent joys of the road. It was not quite nostalgia, since the Guyana Carnival is still too young and shallow to be memorable. It was simply an atmosphere of resigned boredom already conceded to the Pyrrhic victory of the long curfew.

It was an anticlimactic denouement to the several excited promises of eight days and nights of fetes and J’ouverts, novelties and events. The national consciousness was fired up with invitations to join the carnival bands with the enticing allure of exotic, sexy costumes, and entertaining packages. These feverish adverts and promotions screamed at the nation from radio, TV, and social media on a daily basis as soon as Mashramani was out of the way. But all that fire was drenched long before the May-June rains, by the dark clouds of COVID-19 that hang heavily over the nation along with the complicity of electoral occlusion.

At least one group of people rejoiced. A number of families and residents of a section of Irving Street, Queenstown have complained repeatedly in the newspapers about the annual assault on their peace, quietude, and sense of moral dignity. Just after having complained about Mashramani, they would have been relieved to hear of the cancellation of Guyana Carnival 2020.

What these people object to are some of the fundamental practices and characteristics of carnival, and similar criticisms have been levelled at the carnivalesque festivals repeatedly for several years.  These have recurred in the Trinidad Carnival, the Crop-Over festival of Barbados, Mashramani, and now not unexpectedly, the new Guyana Carnival. Among the most acclaimed critics was Nobel Laureate V S Naipaul, who said that he disliked carnival. He kept that fairly quiet because, as a Trinidadian, he was not supposed to dislike carnival, and it gave more ammunition to those who label him a hater of his native land. But he felt that, as an individual, it was his right.

One of the leading and most incisive newspaper columnists in Trinidad and Tobago, Lisa Agostini, has analysed carnival more than once in the Express. She did not move very far from Naipaul when she saw in carnival a certain mindlessness. She criticised the national mentality in comparing two Soca hits competing for Road March at Trinidad Carnival 1998 – “Footsteps” by Machel Montano and Xtatic, and the great “High Mas” by David Rudder. She argued that the victory by “Footsteps” because of its mindlessness against the profound depth of “High Mas” said a great deal about the Trinidad people, who are more defined by a song like “Footsteps”. Agostini is also known, however, to speak of carnival as a true expression of the traditional culture of the people of Trinidad, pointing out the irony that they would never grace the stage in the multi-million dollar NAPA cultural centre built for middleclass performances.

Wars against immorality, nudity, and indecency as characteristic of Trinidad Carnival have been waged and lost years ago. If anything the daring nature of costumes in carnival bands have increased over the years. Similarly, there have been several newspaper expressions of outrage against these same vices in the Barbados Crop-Over. Commentators have decried the characteristic “wuk-up” in the public dance displays on the road on Kadooment Day, regretting how “simulations of the sex act” had come to define the Barbadian people” (Barbados Nation, 2010).

So then, what is the verdict on the Guyana Carnival, as some critics of it wish the cancellation in 2020 could become permanent. The same criticisms have been levelled for a long time against Mashramani. Some have lamented that there are no longer any meaningful costumed bands on the road, and they have been replaced by mindless parades. Nudity and indecency have also been decried in Georgetown. The few costumed bands that appeared in Guyana Carnival 2019 were outstanding for the revealing costumes worn mostly by women. The Guyana festivals have had their share of criticism.

Carnival is not really new to the Guyanese nation.  There was an Independence Carnival in Guyana in the 1960s. This was the festival that flourished in 1966, 1968 and 1969 in Linden, and was converted into the Mashramani that celebrated Republic Day in 1970. That Mashramani was moved to Georgetown in 1970 and has continued to the present time. After having its last celebration in 1969, this carnival was recalled by the Guyana government to celebrate the 50th Anniversary of Independence in 2016. It straggled a bit in 2017 but strode out confidently in 2018 and 2019 through private enterprise and the endorsement and collaboration of the government.

The Guyana Carnival is merely a thin echo, a borrowing and imitation of the Trinidad Carnival with no traditional roots of its own. But the Guyana festival is only the newest of the several carnivals that have grown up in other countries around the West Indies. Very similar festivals were manufactured in Jamaica and the Bahamas, where they are quite popular among the local people and prosperous tourist events. The Jamaica Carnival was founded by celebrated band leader Byron Lee as a popular and commercial festival held at Easter time.

Guyana is only falling in line with the trends. Carnival has proven to be a successful popular and commercial festival all around the Caribbean, including in countries where it has already been a traditional and cultural festival. The best example of this success may be found in Antigua which is outside of the carnival belt in the Caribbean but has had the second biggest carnival among non-carnival territories. Barbados’ Crop-Over is the biggest. Many decades ago, Antigua developed its carnival in August, totally on the Trinidadian model. But over the years it has become Antiguan culture.

A Carnival territory like St Lucia, which is within the carnival belt, changed the date of the festival from the traditional time on the calendar and now celebrates it in the summer. This move was driven, not by anything cultural, but by the commercial factor. St Lucia did not want to continue clashing dates and competing with Trinidad. The tourists were bypassing St Lucia and going to Trinidad. The change of date was to capitalise on the commercial tourism prospects.

Carnival then, is the most popular festival right across the region. Guyana must have had two reasons for bringing back the festival. Mashramani is still there. But there was no similar event to celebrate Independence. In 2016, this vacancy was most felt since there needed to be something very special to celebrate the Golden Jubilee. A carnival was felt to be so important that the whole road march costumed bands parade was cut from Mashramani in 2016 and pasted into a re-manufactured Independence Carnival. Following that, a parade of bands was seen as a must on Independence Day.

The second reason for re-making the festival, was the powerful force of popular culture. This was the force that created the Jamaica and the Bahamas carnivals. There were people to be entertained and money to be made. Private interests in Guyana looked at that prospect; the government has embraced it as something with which to celebrate independence and fill an empty day. Popular culture continues to be responsible for cultural change all over the Caribbean, just as it is at work in Guyana.

Popularity aside, a measure of its success is possible by looking at what happened last year. How was Guyana Carnival 2019? There has been no official disclosure of records that the country ought to have, but whether they took the trouble to obtain these is unknown. Among these is tourist arrivals. Between the ministry responsible for tourism, the Guyana Tourism Authority, the director of tourism, and the Tourism And Hospitality Association of Guyana, there should have been a realisation that this was necessary. There have been anecdotal claims (and hopes, maybe?) of large numbers of foreigners but that is unscientific and dubious. There are ways of collaborating with the immigration authorities to gather this data.

How good was it for business, otherwise? There is a national Carnival Committee. Was any information gleaned about income and profits? If one were to judge from the carnival bands on the road, it did not look so good. The only things that looked good were the scantily clad girls in their bikini costumes, but, alas, there were only few of them. The owners of those bands were unlikely to have made much money, given the small numbers who actually purchased those costumes.   Anecdotal evidence suggests that people felt the fees were too expensive and only a few could afford them, or were willing to invest so much. Did the bands price themselves out of the market?  Then again, there was only a handful of bands on the road. The road march route was ill-conceived, resulting in a reduction of the numbers of persons with stalls on the road vending drinks, food and whatever else. So fewer of the small people made money on Independence Day.

The most successful part of Guyana Carnival 2019 was the grand assembly on the road in and around the National Park and on Vlissingen Road after nightfall. That was a resounding triumph, given the large crowds, the energy, and the impact of the revelry. That might have been the only thing that made it all worthwhile, although one cannot say who gained from it financially, since most of the street-side stalls had already packed up. Being off the road this year, gives the Guyana Carnival time to reflect on its gains, losses and meaning.