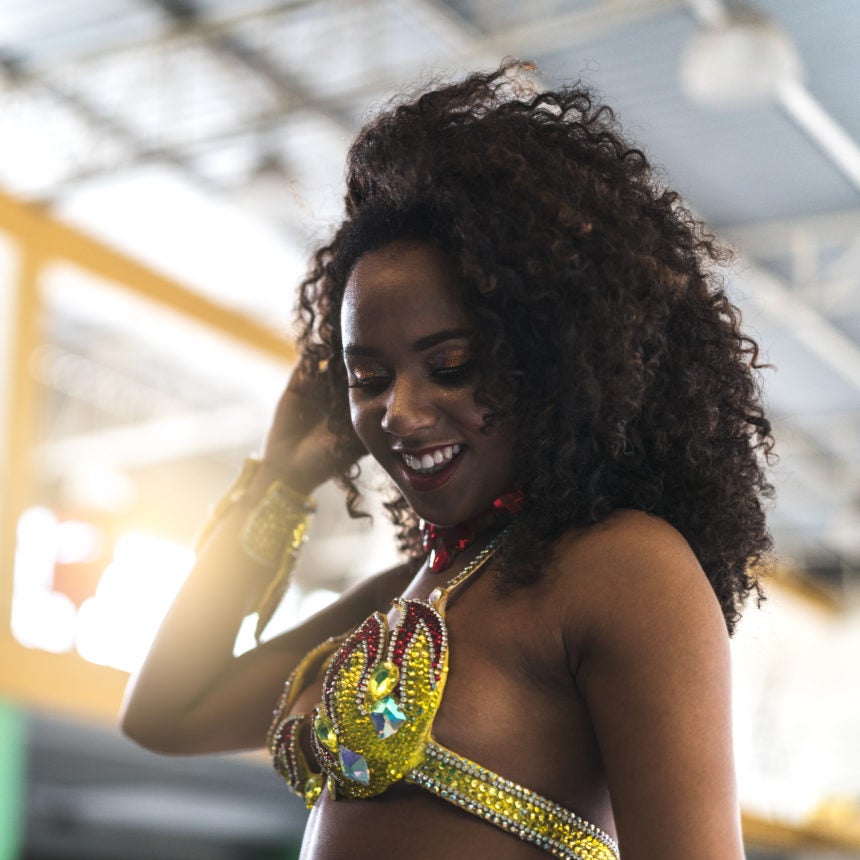 If you’ve been to a fete, listened to soca music, or visited any Caribbean island in general, then you’ve probably heard of DJ Private Ryan. Born in Trinidad, Ryan Alexander aka DJ Private Ryan provides the soundtrack for just about every Caribbean Carnival across the globe. Trinidad Carnival? He’s there. Grenada Spice Mas? He’s there too. Bermuda Heroes Weekend? Yup, no question. His international success is undeniable, and his global imprint just keeps getting bigger and better.

And when he’s not producing some of the most downloaded soca mixes on the internet, he’s managing his own soca fete (or party, for those unfamiliar with the term): Soca Brainwash. Which leads to this burning question: how does he hustle so hard and how can we be down?

Just ahead of his next carnival appearance in Miami, get to know the mastermind behind the global soca phenomenon.

You got your start at an early age. Did you always see yourself becoming a professional DJ, or was it something that started as just a hobby?
Having a love of music at a young age, it starts automatically as a hobby and then as you get more into the business of it, it starts evolving into a profession. From a professional standpoint as a DJ my mind started to evolve, especially when I went away to college because I met and got inspired by a lot of different people who were out there. I took it really seriously as a full global business, which is what it is now. To say that at a young age I would have foreseen where I’m at now, and what I’ve been able to accomplish, I have to say no, I would have never seen it coming. but I do know that because I’m driven by passion and I love what I do, that anything is possible.

You wear a lot of hats during Carnival season. You’re one the most popular DJs, but you also have one of the best fetes — Soca Brainwash. How difficult is it for you to juggle it all?
It could be quite challenging at times because of course, having the responsibility of playing at the events and also having the responsibility of planning and execute my own — a major one — is very time consuming. But I’m also surrounded by some core people that help me out in terms of being a part of my team. When I have to wear the DJ Private Ryan hat, I can focus on that and then in terms of Soca Brainwash, my team takes care of a lot of core things leading up to it, and then when it’s Carnival week, everyone kicks in and knows exactly what they need to do to pull everything together. Dedication is key.

I know you’re from Trinidad and you’re probably going to be a little bit biased in the answer to this, but you’ve experienced just about every carnival around the world. What experience to you is the most unprecedented? Who has the best Carnival to you?
You already know the answer to that, all right. I’m not being biased when I say that Trinidad is the best Carnival. I say Trinidad is the best Carnival because it is the mecca of them all. Carnival is Trinidad. It is not the biggest in size, but in terms of spectacle and the fact that it’s the melting pot of the whole world that comes into this tiny Caribbean island every year to experience the culture. We have the music, which fuels a lot of the other Carnivals that comes out of Trinidad. You have the culture, whether it be stick fighting, you have the calypso, you have so many different elements of Carnival that exist in its authentic form in Trinidad, which then culminates into a two day festival parade. I don’t think there’s anything that I have experienced that is close to it. There are great Carnivals around the world, but Trinidad is still the mecca.

There are other great Carnival experiences. There is Jamaica, which is on the rise. There is St. Lucia Carnival which is excellent as well. There is Notting Hill Carnival, which is one of the most fun in terms of not just being soca, but also incorporates other elements as well. You know you have Grenada which has the best j’ouvert in the word. There’s Crop Over, which also has their own great, and unique songs. Overall, when you look at the checked boxes of a lot of different things, Trinidad has them all.

What do you think that the Carnival culture is missing?
I think Carnival as a product coming out of the Caribbean needs to be sold to the world more because as I said, Carnival is such a unique experience but trying to explain it to someone who is not cultured in soca or what Carnival is, they may find it hard to believe. I remember trying to explain what Carnival was when I was in college to a foreigner and they were like, “So, y’all parade around the city in costumes and dance behind music trucks for like a day or two?” And I was like, “Yeah, exactly.” Until they experienced it, they said this is a phenomenal experience. They became Carnival chasers after that, just looking for Carnivals all over the place.

You’ve mentioned a few others, but Miami Carnival is just around the corner. What do you think sets it apart from the other Carnivals that we’ve kind of spoken about?
Miami has a very unique place in terms of the Carnival circuit, and it’s why I think it attracts so many people, especially in North America and the Caribbean. It’s because its the last of the major Carnivals. Why that is interesting is because unlike Jamaica, Crop Over or even Trinidad, because the other Carnivals have passed, Miami has the advantage of having music from all the islands being represented. So you have the Trinidad soca, you have St. Lucian soca, you have the Crop Over music, you have the jab jab music, you have all of it coming together and attracting the people who may not have made it to the others. You have a lot of the premiere promoters who have their signature events over there as well — whether it’s land parties, boat rides or concerts. They all exist there. They also have a parade with representation of bands and trucks from all over, and an experience that makes Miami unique to the others. It’s basically the prep to segue right back into the beginning — which is Trinidad Carnival at the top of the year.

What is the advice that you have for women who are attending their first fete — or Soca Brainwash — in particular?
At my fete Soca Brainwash, honestly I think the women are very fashionably conscious. I usually do themed events, so every year I would change the event and people always get creative in terms of how they dress. For me, because my party is in the day and segues into night, I always advise people to wear cool clothes because the sun could be very brutal. Wear comfortable shoes because you want to be able to enjoy yourselves and you know heels are not really the thing when you’re going to a grass venue, or even a concrete venue. I wouldn’t recommend that because you’re going to be doing a lot of jumping and dancing and stuff. Keep it fresh and keep it fun. I always love to see the fashion of the ladies when they come out and it is actually skewed, there are significantly more women to men in my fetes. So, people like to stand out.

What are some of the biggest mistakes that you think people make when they come to Carnival for the first time?
They don’t pace themselves. I think that because there’s so many events that take place during a short space of time, some people who are not aware of how to pace themselves for the events, burn out too quickly. You may go to one party and you may drink too much, and then you realize that your body is taking awhile to recover to get to the other events because you went too hard in one. It also applies to the road as well, too. People who go out in the hot sun and they don’t hydrate and they drink too much alcohol tend to top down and get very tired quickly. Also, I think Carnival is a long distance race as opposed to a sprint. I think that’s the best way to classify it, and I think that people just need to keep that in mind so they don’t make those mistakes.