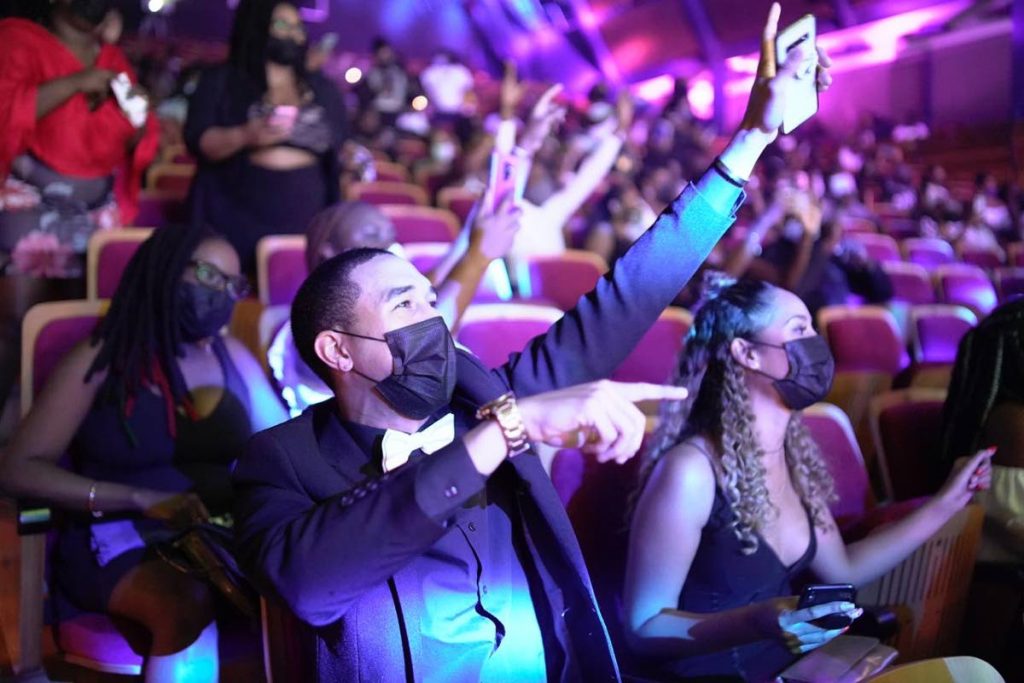 Aaron “Voice” St Louis possibly echoed what a lot of people were feeling when they looked at this year’s Sekon Sunday when he said, “Yuh know how long I ain’t feel so boy.”

The annual Carnival event was held on January 10 at Queen’s Hall, St Ann’s, and merged the virtual and the live audience, following restrictions caused by the covid19 pandemic. While many events have been kept to the virtual realm – with the reopening of performance spaces – smaller live events have been happening again.

The over 100,000 viewers who looked on via social media or television and the 240 live audience members wined, danced and jumped with Nesta “Sekon Sta” Boxill and friends as they performed many soca hits at the annual event. It has been held for the past three years.

Sekon Sta’s Sekon Sunday gained praise both on and off line. Some commenters on Facebook said, “Dey cyah party like we Trinis at all. Pandemic and all.”

Another said, “This was so well done....all the artistes, dancers, the band, production team....Great Job.” Others praised the artiste saying that his ancestors were looking down and saying that they are well pleased.

Sekon Sta is the son of the late calypsonian, Dennis “Merchant” Franklyn Williams. 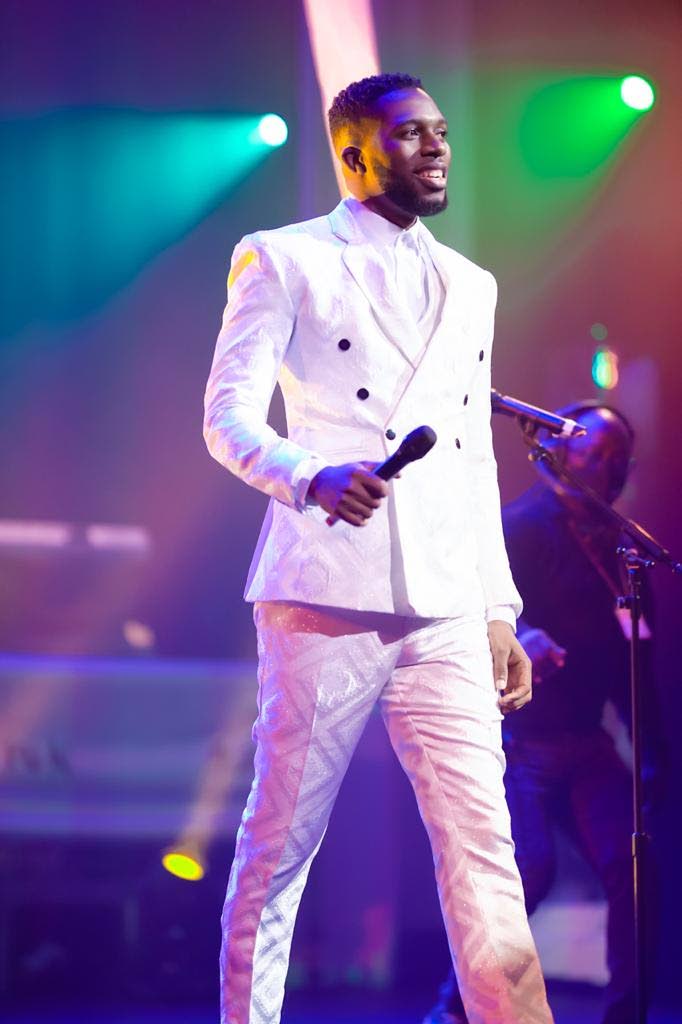 As has become a feature of these live or virtual events, once again, viewers created the "party atmosphere" as best as they could at their various locations and with hilarious commentary online. Some were seen on Zoom dancing with coolers, waving flags, drinks and bottles in hand, and even a baby held in arms while the male holding the infant danced up a storm.

The event opened with a speech from a Midnight Robber, who spoke to the meaning and significance of Carnival. After the character’s speech, Sekon Sta was seen sitting between two bele dancers, accompanied by a pannist as he sang his 2016 hit Kings and Queens.

He then dived into his father’s songbook singing Let us Build a Nation Together and Caribbean Connection.

He was then joined on stage by Nailah Blackman as they sang the late Ras Shorty I’s Om Shanti Om.

The first segment of the show visited some of TT’s calypso classics like the late Shadow’s Dingolay to the late Lord Kitchener’s Sugar Bum Bum.

Asked about the show’s success – which many viewed as a template for events in the new normal – Sekon Sta said, “For me, the most important thing, as I told all the team, in this event, it is covid protocols first, covid protocols second, covid protocols third and fête and entertainment fourth.”

He said the way it turned out was spectacular. “I could not pray for anything better.

“When you look at the numbers over 100,000 people have viewed this event in less than 24 hours. That means it got a lot of national and international traction and it was an experiment of sorts to see what kind of template can be used to preserve our culture. 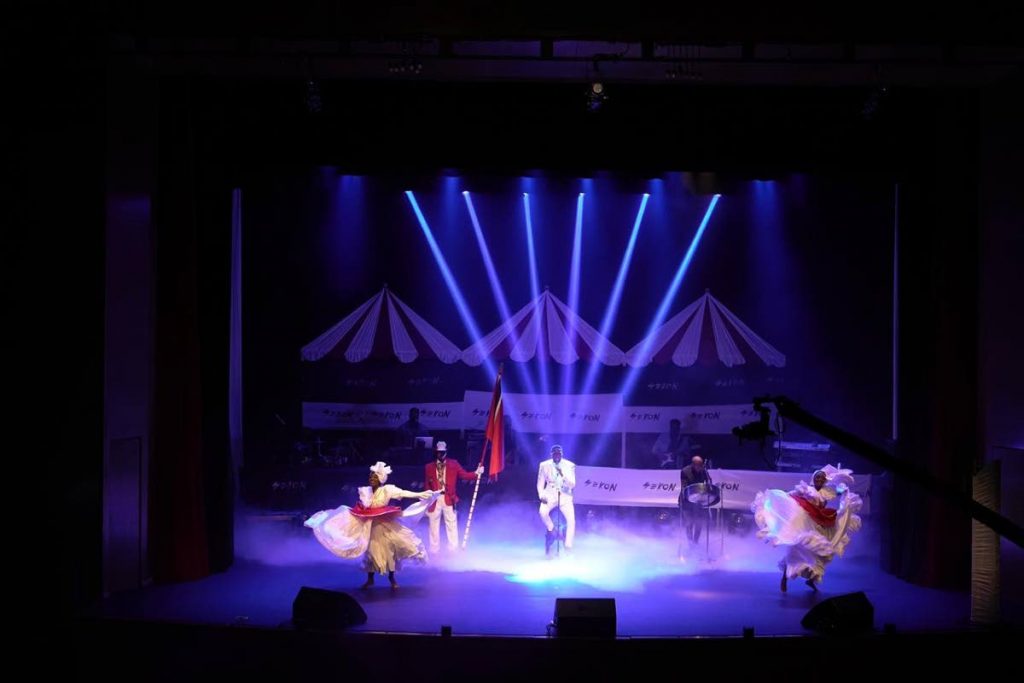 The over-two-hour long fetecert, Sekon Sunday, saw artiste Sekon Sta perform some calypso and soca classics. There was also a cast of popular entertainers during the event including Nailah Blackman, Erphaan Alves, Preddy and Farmer Nappy. -

“For me, it definitely turned out perfect.”

He said there were a lot of people who believed that one needed drunkenness or madness to enjoy soca and have some form of Carnival but the show was a reminder that, “because there is no Carnival, does not mean there is no art form.”

When asked about concerns about physical distancing at the venue, Sekon Sta said, Queen’s Hall can host 850 people but covid19 protocols allowed for 50 per cent capacity at performance spaces.

“We went and had 240 people which is less than what was allowed.”

He added that physical distancing was the order of the day at the event. The covid19 protocols were fully enforced at Sekon Sunday, he said.

“If we felt that we could not manage the audience we would not have gone live and we would have done a pre-recording where we would have recorded it and then showed it to control the narrative.”

He said Queen’s Hall management was very meticulous in hosting the event. When guests arrived, they stayed in their cars until they were told by security to come out of their vehicles to enter the premises.

Each guest washed their hands and had temperature checks before entering the venue. Guests had assigned seats and were ushered to their respective seats.

People also had to inform in advance who they were attending with and numbers were limited to six.

“You had to sit with those people. There was spacing and then the other people with their group of people.”

He added that everyone wore face masks and, upon entry, a full contact form was filled out by each attendee.

At the end of the show, the audience remained seated and then ushers showed the guests out. 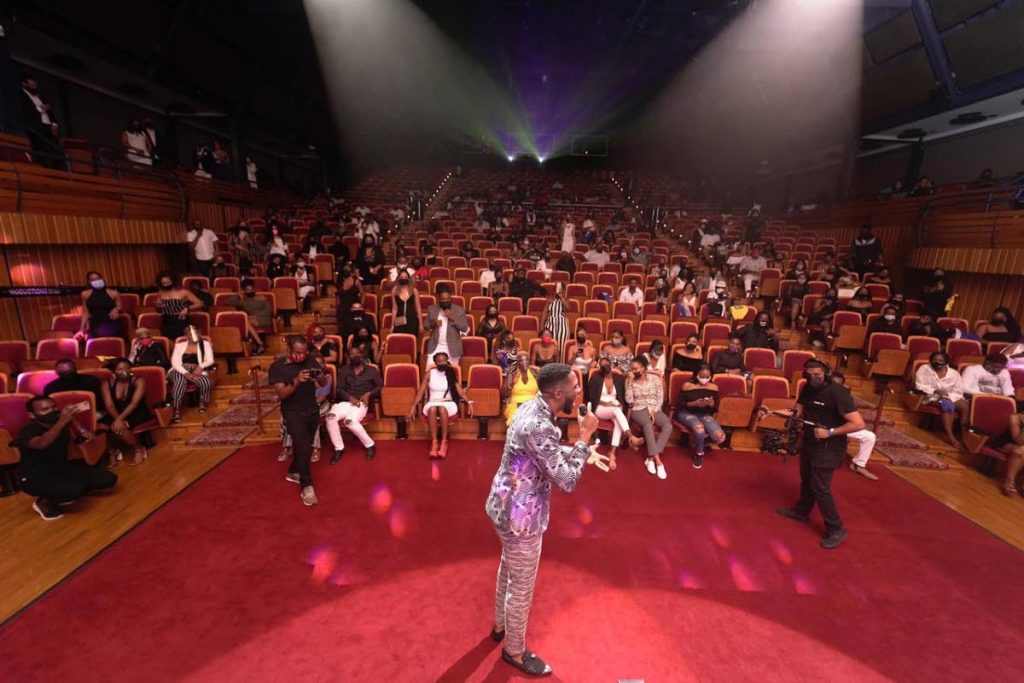 Sekon Sta stands before the socially-distanced audience. He says covid19 protocols were strictly enforced during the event. -

“According to Ministry of Health protocols, all food was pre-packaged and given out upon exit.”

He added that no one gathered in the lobby.

Sekon Sta said this version of Sekon Sunday was something that people can expand and work on.