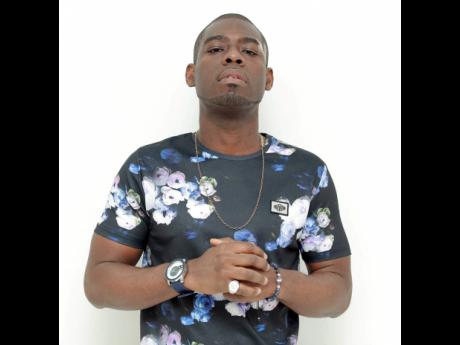 Dancehall rapper Blu Lyon has an interesting make up. Son of Trinidadian soca star Austin 'Superblue' Lyons, he was born in the United States but raised in Trinidad. He is more connected to dancehall and describes soca as "jump and whine" music; and he speaks in third person, referring to himself as Titan.

Speaking to THE STAR, the artiste expressed a desire to make a positive contribution to dancehall, adding that he believes the genre's bar has fallen.

"Right now, we see where the bar is getting lower and lower and people call themselves 'queens of this' and 'kings of that' and dem nuh really qualify, dem just reach over the bar that has already been lowered," he said.

He started his recording career in the late 1990s and shared how dancehall has allowed him to showcase his versatility.

"I used to listen to dancehall and a little bit of hip hop. Titan don't jump and whine, so dancehall is a thing where you can express a wide arrange of emotions and that is more in line with what Titan is doing," he said. "Not every time you waan party, 'cause that's really all soca is; jump and whine, party, grind up, bacchanal - Titan is not really with that."

Blu Lyon was recently in the island promoting his debut album, Superblue's Bastard Son, to be released on his Titan music label this month.

The album will host no more than 14 tracks, and he hopes the project will expand his brand internationally.

"The album will be of the highest quality. You will notice artistes who have albums out have a stronger presence in the international community of music, so that's why Titan decide to do it. Titan is relatively unknown, but Titan has to look at the broad picture of things to lay a foundation and make the music reach as far as possible."