Cricket Stadium tranforms into a Soca Kingdom for a Night 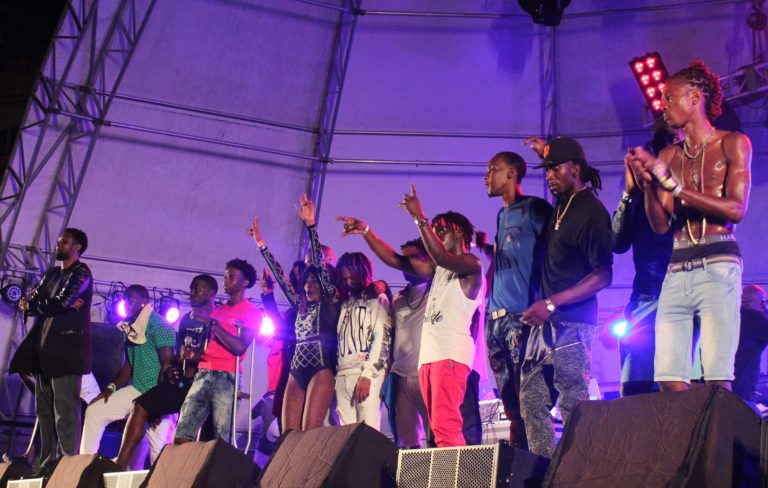 Someone once told me he knew only two people who disliked soca music and he gave them as wide a berth as he could. He reasoned: there had to be something very wrong about a person who did not enjoy a good melody and a call from a soca singer to loosen up and enjoy life, if only for a few minutes! Hundreds came out on Wednesday night to do just that at the Daren Sammy Cricket Stadium, attracted by the Dennery Segment and soca kings Machel Montano and Superblue.

Three things I’ve now learned: people love a good DJ but when they’ve been promised a live performance they’ll settle for nothing less. Two and a half hours into the event on Wednesday the fans were still being bombarded by DJs appealing to “single and independent ladies” to put their hands up. Meanwhile the ladies, with clenched fists aloft, were impatiently demanding that the show get underway. 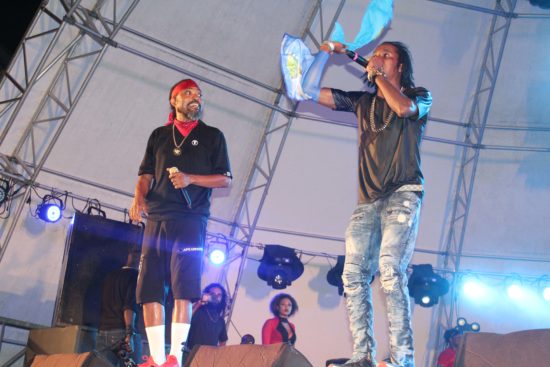 Eventually Dennery Segment delivered their extremely high-energy cypher. One by one they burst onto the stage: Miigos & Mata, Blackboy, Ezra d’Fun Machine, Kisha, Big Sea, Mighty & Surbance, among others, to estatic cheers. The second thing I learned, judging by crowd reviews: cyphers—which give artists the opportunity to perform a few prepared lines—work well for rappers. But for Dennery Segment lovers, it was the whole thing or nothing. No halfway measures for them; no titillation sans climax!

Another DJ break followed and, though his reggae, dancehall and soca fusion was welcomed, after an hour or so the crowd let it be known that they really had turned out mainly for the show’s headliner: “We want Machel! We want Machel!” 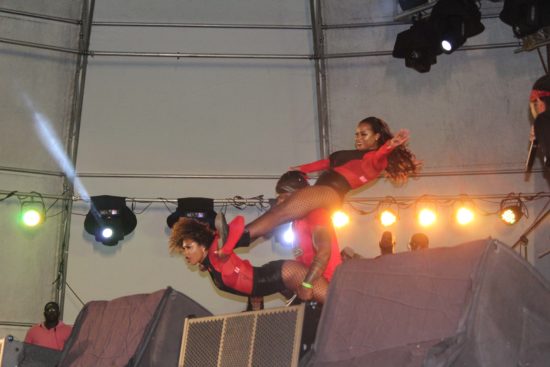 Soca dancing needs to be an Olympic sport. 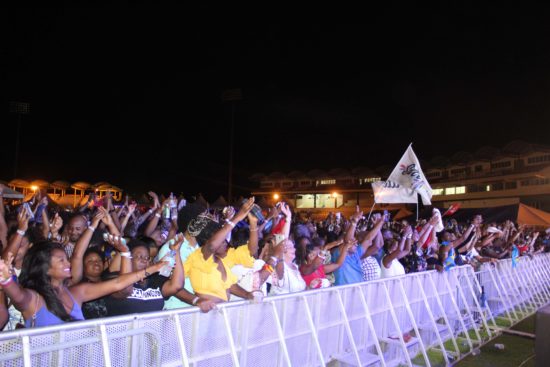 Soca Kingdom crowd at the height of their enjoyment.

The star opened his set with a solo rendition of the song that had inspired the event’s title, “Soca Kingdom”. The moment he hit the stage, all sins were forgiven. Not for nothing is Machel “Monk” Montano considered the soca artist of the generation. The man makes the energizer bunny seem like he needs a picker-upper. With carefully choreographed moves, crowd engagement and great vocals, Machel gave the fans what they needed—and more.

The third thing I learned on Wednesday night: the soca king knows exactly where the ladies’ buttons are and, boy oh boy, no one knows better how to press those buttons. In no time at all, the ladies were trying to claw their way to the stage, evidently determined to shake what their mamas gave them alongside the soca magnet. The particular pleasure went to Motto, Teddyson John and Ricky T who, to the crowd’s delight, all joined Machel on stage. The night was topped off by another rendition of Soca Kingdom, this time featuring Superblue himself. No doubt, despite gripes throughout the night, the crowd left pumped for the upcoming carnival parades.