Carnival Stage Is Being REDESIGNED For 2013 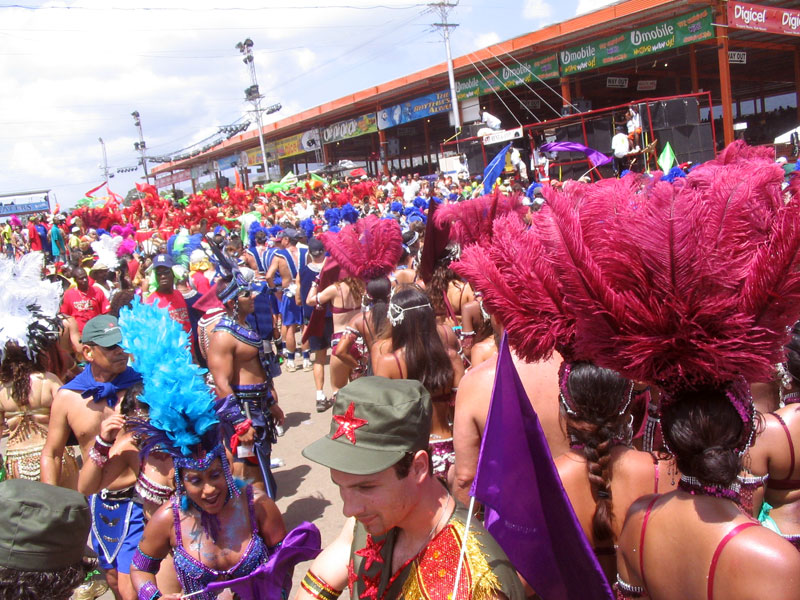 THE QUEEN’S Park Savannah stage is being redesigned ahead of next year’s Carnival, the National Carnival Commission CEO, Clarence Moe, revealed yesterday.

Moe made the disclosure as he was appearing before a Parliamentary committee on the NCC. At the committee hearing – the Joint Select Committee (Group 1) – Independent Senator Harold Ramkissoon expressed concern that the NCC had yet to tender for the stage, two months shy of Carnival which is in February.

“There was need for redesign and we are awaiting the Ministry of Works for an indication of what we are going to do but we still have time since construction would be minimal,” Moe said in response. “We are still awaiting word from the evaluation as to the steel as it relates to the stage,” he said.

Ramkissoon called for a forensic audit of the National Carnival Commission (NCC) as he queried million-dollar disparities in figures for rentals given to the Parliamentary committee.

He also expressed concern over the apparently rushed and last-minute issuing of invitations to tender for the construction of stands in the Queen’s Park Savannah – including the North Stand – ahead of Carnival in next February.

In relation to rentals, the senator expressed alarm that the NCC told the Parliament’s Joint Select Committee (Group 1) that its rentals totalled $250,000 annually, while other documents showed that for 2011 and 2012, the total rentals were $7.7 million and $5 million, respectively.

“That is quite a contradiction to what was given us,” the senator said. “That is also quite a lot in rental fees. The NCC must explore the possibility of moving some of its offices to the Savannah and cut down the rent. These are really high rental fees.”

He noted the rental of offices on Cipriani Boulevard alone accounted for $1.5 million in 2011.

Ramkissoon expressed worry that Carnival is in about two months’ time and the NCC is only now tendering for the Savannah facilities.

“I am concerned about all of this rush to tender contracts with respect to this year. You are not advertising. It is already December and presumably this process has to be wrapped up by January because Carnival is early February. There is a very narrow window to get this thing done. This is not good enough,” he said.

Of the rushed tendering, Ramkissoon warned, “It opens the door to corruption. These things should have been done six months ago.”