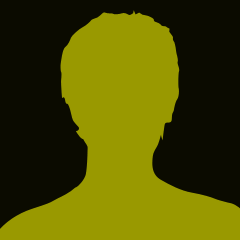 A samba float crushed dancers when it collapsed at the world-famous Rio Carnival injuring 17 people just two days after a crash injured 23 others.

In the second horror accident, involving the same samba school, the top of the float buckled during Rio de Janeiro's parade early on Tuesday.

The incident involved the second float of the popular samba school Unidos da Tijuca, themed around the Carnival in New Orleans, and resulted in six people being taken to hospital - one of them with serious head trauma.

Talking after the accident, Ailton Freitas, a director at Unidos da Tijuca, said their floats had been tested repeatedly before the Carnival, but that the event 'had not been blessed this year'. An injured person lies on a stretcher on the top of a float as she is being rescued during the performing of the Unidos da Tijuca samba school for the Carnival celebrations at the Sambadrome in Rio de Janeiro, Brazil

Revelers cried on the pavement and in the stands as injured people were removed by rescuers.

Police were investigating the cause of the accident.

Rio state health secretary said in a statement that among the 17 injured at the city's Sambadrome, six were taken to the hospital and two were in serious condition.

The parade had to be stopped for almost 25 minutes so the injured could get medical attention before the show was allowed to proceed.

Mr Freitas, a director at Unidos da Tijuca, said their floats had been tested repeatedly before the Carnival.

'We tested three times a week with more weight than we carried today.

'When the parade approached we started doing those tests every day.

'We are even more shocked than you all are,' Freitas told journalists.

'I don't know what is happening, but Rio's Carnival is not being blessed this year.' Felix Souza said he was dancing next to the float when the incident happened.

'People started screaming, we didn't understand what it was. It was a moment of despair for all there.'

Minutes earlier a smaller incident happened with samba school Mocidade Independente when a platform detached from their fourth float and dropped a reveler to the ground.

The samba school said she was not injured. At least eight people were injured in the crash, including at least one in serious condition Firefighters and medical personnel assist people run over by the float at Rio's Carnival on Sunday. The pavement of the Sambadrome was wet, making it difficult to guide floats

On Sunday, a float belonging to samba school Paraiso de Tuiuti crashed and injured at least 23 people, including three seriously.

One of Paraiso de Tuiuti samba school's cars crashed at the start of the parade into a fence that separates the stands from the pavement of Rio's Sambadrome, jamming people against the railings that separate the track from the bleachers.

'I nearly got hit by the car too as it totally lost control and went careering into the side of the barriers,' an eyewitness said.

Following that accident, organisers also decided to proceed with the show.

Police are investigating the most recent incident.