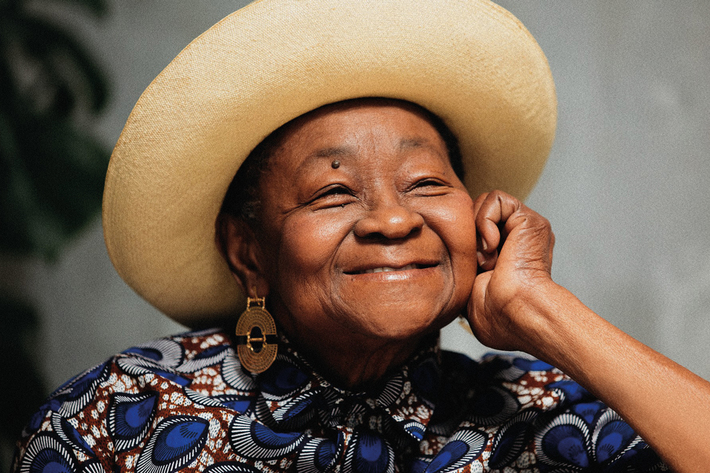 Calypso Rose: Lioness in the Jungle a film that depicts the life and times of Calypso Rose (McCartha Linda Sandy-Lewis) is set to be screened in Tokyo from April 23rd this year and other cities thereafter.
The film which showcased at the 64th Cannes Film Festival in 2011 is directed by Pascale Obolo and produced by two French production companies, Maturity Productions and Dynamo Productions, in co-operation with T&T Film Company.

We discussed the upcoming screening in a recent SN interview with Yuri Kodera of Lime Records, who is also the business partner of Selector Hemo, a Japanese DJ who loves soca and travels to Trinidad Carnival annually.
How did getting the movie into Japanese cinemas come about, was this something you did on your own or were you approached by the makers of the movie? “Hemo and Rose’s manager had already known each other. Rose’s manager asked if Hemo was interested in showing a movie in Japan. We wanted to bring Calypso Rose for concerts in Japan and then distribute the movie. But bringing Rose to Japan hasn’t happened yet because her busy schedule didn’t match. This movie has lots of messages so we decided to make it happen, to screen theaters in Japan before Rose’s visit,” Yuri explained.

Although Calypso Rose is not that well known in Japan as yet, “this movie will be a great opportunity to let Japanese people know what Calypso music is like, her music and Rose herself, and also Caribbean culture and history”, Yuri clarified.