Brush1Chromatic ready for carnival with ‘All A Wi’ 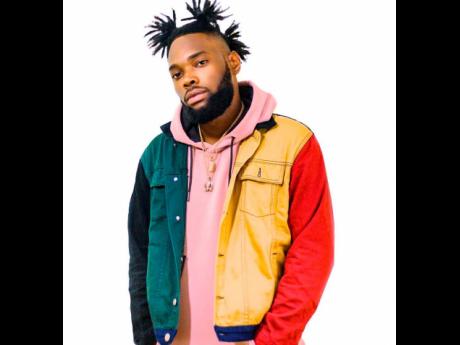 Before the world has settled into its new normal, some entertainers have decided to carry on with business as usual, like aspiring all-rounder Brush1Chromatic. Last week, he released ' All A Wi' alongside 'Circa11', a brand new soca song to add to his growing, determinedly versatile catalogue. Interestingly, ' All A Wi' is tagged with 2021 - a confident proclamation that revellers will be ready for the road again by next Easter.

With the hope that people will be raising their cups at his command sooner rather than later, and the promise of more music to come, Brush1Chromatic is pushing full steam ahead with a plan to become revered in both the soca and dancehall worlds.

UWI Carnival was going to be All A Wi's first roll-out.

"Even though COVID-19 and all of that is happening now, we're still going to put out the music and give the people a chance to get familiar. When Carnival comes around in October, everyone will be familiar by then," Brush1Chromatic told THE WEEKEND STAR.

Also known as the 'Road Marshal', Brush1Chromatic is confident that All A Wi brings him one step closer to his goal. He said he's trying to be known as someone who is versatile enough to do both dancehall and soca successfully.

Along with recording and producing music, he also aims to maintain respect as a disc jockey and as an emcee.

"I want to be remembered as an entertainer, over everything. I don't like labels, and I think labels limit you," he said. "I started out as a deejay, then I became an emcee, then I started creating my own music. But when I'm on stage, it can be any one of the three. As long as I'm entertaining the people, and the people are having fun, it doesn't matter which form it takes."

Undoubtedly, Brush1Chromatic is putting the work in. He has two previously released soca songs, Marshaling and No Hands Segment. With this third release, the entertainer is confident that it will carry into the 2021 carnival season.

"It's a case where Jamaicans take longer to get familiar with soca music, so releasing it from now gives everybody ample time to learn the words and feel the vibe. The reality is, even if COVID-19 didn't cause a shutdown of the industry, it would take the same amount of time for the song to grab the people. With or without COVID, this is a song that would last," he explained.