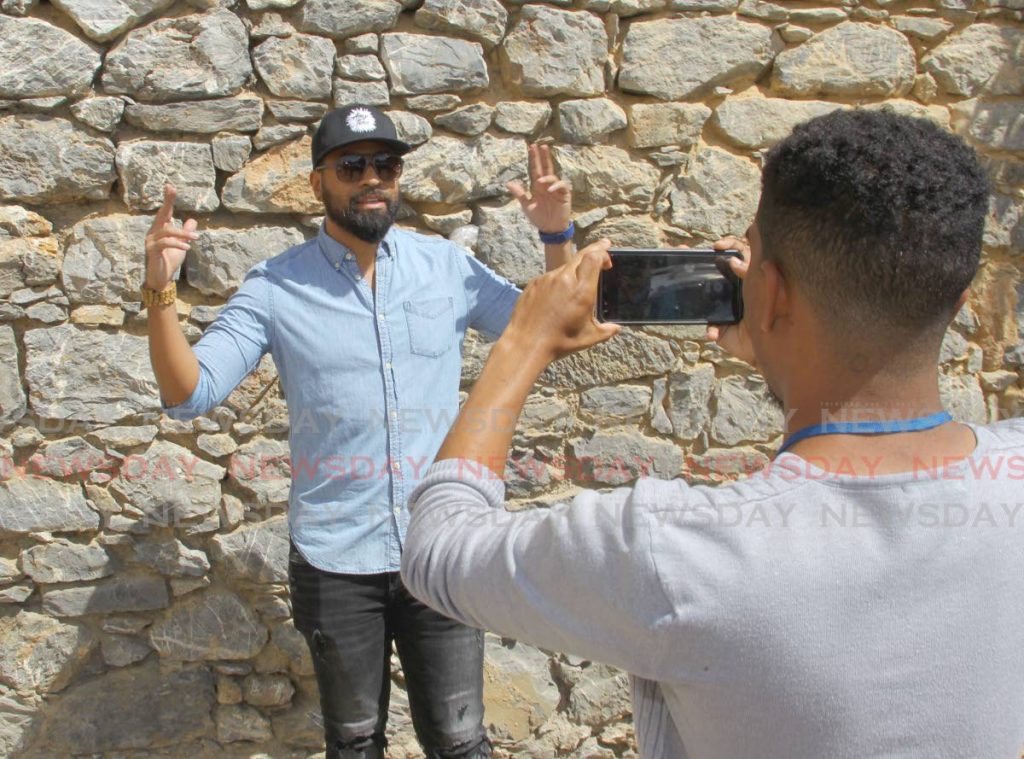 ANTON "Amptone" Wilcox thinks while most people support the idea of soca breaking into foreign mainstream markets, those very people are the biggest problem to this being achieved as they most enjoy the seasonal aspect of the music.

Wilcox asks the question, where does soca fit in globally if people only relate to a narrative of jump, wave and wine during the Carnival season? For Wilcox, changing the narrative surrounding soca will not only help make it more appealing to foreign listeners, but it will also help add a level of depth to the artform.

And while as an up-and-coming soca artiste he wants to see himself driving those wheels of change, he admits it is hard. But, he said, it is necessary to build his profile.

"How I'm approaching it (changing the narrative) is to firstly establish my platform. I'm pushing the name and brand," Wilcox, 35, told Sunday Newsday. Building a platform gives him a stronger voice in the soca industry. 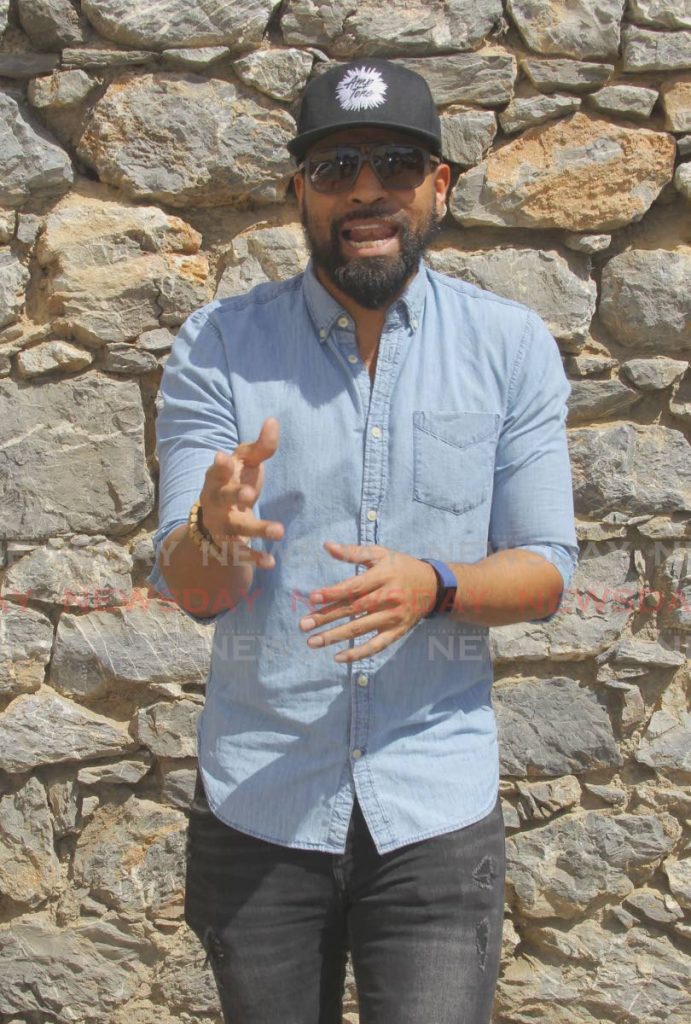 Soca artiste Anton 'Amptone' Wilcox's goal is to sing songs that are diffrent from the standard Carnival content. - ROGER JACOB

Inspired by Aaron "Voice" St Louis along this journey, he said, "We should take notes from folks like Voice in terms of how we change the narrative and add a little more meat to the bone. People could consume music like that all around."

Born and raised in TT, Wilcox now resides in New York but has always maintained his connection to soca which started while competing in primary school competitions.

In those times he said, "Being on stage felt great expressing myself because it is a form of expression." That feeling never left though he had a hiatus while pursuing studies throughout secondary school and at the University of Southern California.

His creative juices would once again flow in 2016 when he felt compelled to take a serious jump into the soca fray. With the Sheriff Music produced In the Middle, with background vocals by Terri Lyons, he tested the waters and since then have been consistent in his pursuits.

In 2007, he appeared on the Kizomba Riddim which featured artistes like Mr Killa and Konshens, and last year he worked with Kasey Phillips of Precision Productions to deliver No Strings Attached. Working with Kevin "Stadic" Charles he served up A Bumpa Story this year alongside Any Gyal – a release he created with Mevon "Xplicit Mevon" Soodeen.

What are his creative processes? Producers will usually send him sounds which he will then '"vibe" to and find lyrics that matches the melodies and tones. While he uses the most notable feelings associated with Carnival as a guide to writing lyrics, he advises, "We should try to break away from that to help make soca a genre that is more global." 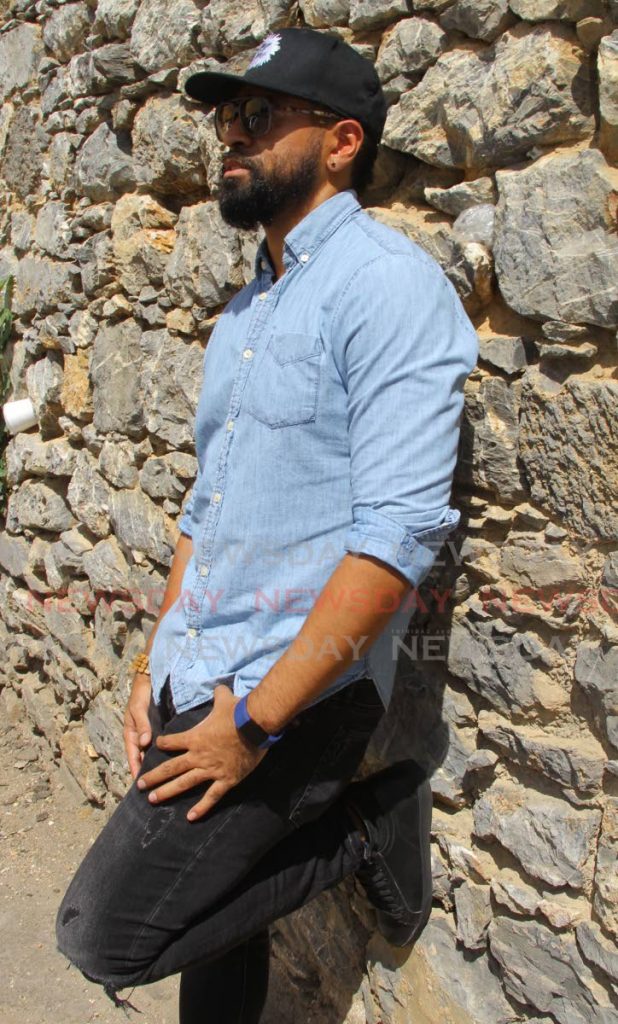 Anton 'Amptone' Wilcox resides in New York but is flying the TT flag high as he seeks to become an established soca artiste. - ROGER JACOB

He believes soca has an energy and an atmosphere that extends beyond Carnival. As he continues to develop his craft, he wants to explore telling stories through soca that will incorporate his feelings and moods in different life moments.

"It's not just about the music, I think it's also about understanding the person behind the music. People try to relate the artiste to the sound."

He doesn't only write for soca, though. He works with different producers at New York recording studios to experiment with different genres and in those styles, he more explicitly uses his mood and feelings as a guide.

Though he hasn't performed in fetes, he is building his name and experience by doing small performances. This year it was his intention to take a shot at the International Soca Monarch competition but registered too late. But he is leaving the door open to compete in future editions. He is also working on new content with Sheriff Music.

His message to aspiring artistes in the soca industry? Take the right steps by working with the right people and understand that music is more than putting songs on YouTube.

"There's a marketing, visual and social media aspect to the industry. With the digital platforms we have, it's a whole new way to be expressive and upcoming artistes should consider every single forum.

"Don't think it's just YouTube or sending music to DJs via e-mail because those things get lost. You have to be very pushy to get your name and voice heard so just work with the right people."

Inspired by his parents who he credits for being the person he is today, he is determined to continue contributing to what he sees as being an evolving a form.

"There's an evolution in soca music whether there's different viewpoints in terms of the direction or the sound.

"My vision is not to look at soca as genre specific but more to make it collaborative like a melting pot just like the TT society."