The UberSoca Cruise team is wasting no time preparing for the ultimate soca experience on the high seas.

New dates for 2019 have been announced...times two.

For a second year, there will be two back-to-back sailings, with November 4 to 8 and November 8 to 12, 2019 confirmed for ships one and two, respectively. They are also introducing an alcohol-inclusive… 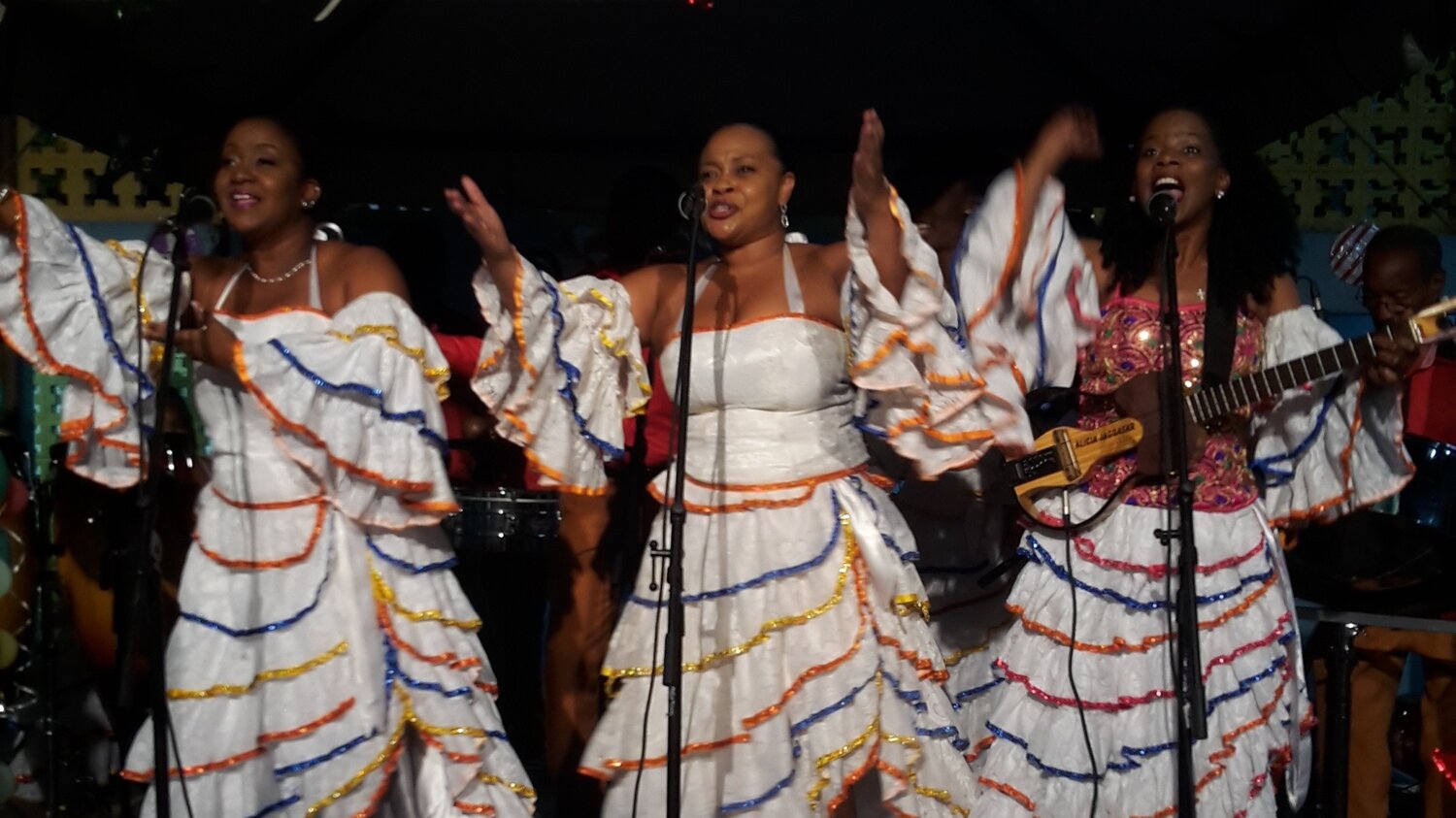 The twin-island nation of Trinidad and Tobago is famous for calypso and soca, infectious music that takes center stage during the island's annual Carnival. But during the Christmas season another type of music dominates.

At a sound check for a band that plays old-time instruments, musicians play cuatro, a small, four-stringed acoustic guitar. There are also mandolins, maracas and a box bass, Trinidad's… 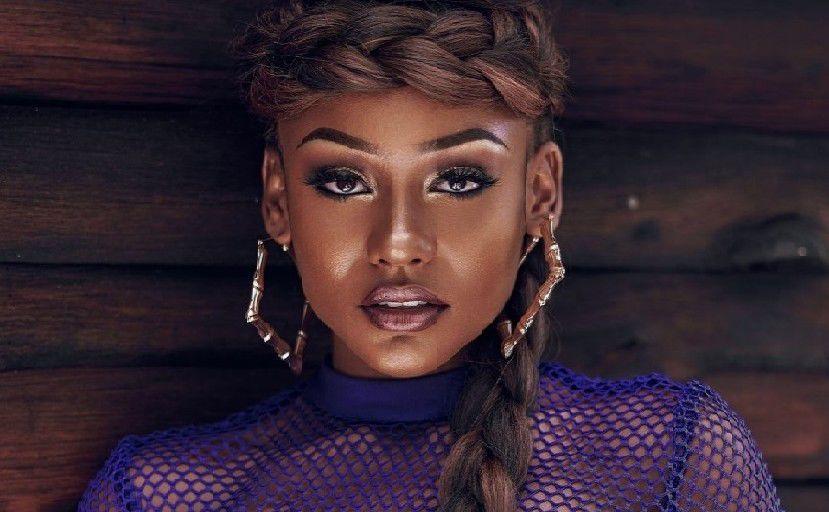 DE TING officially start. Put away de ham, pack away the Daisy records and dust off yuh cooler because the chip towards Carnival 2019 has begun.

It's going to be a long season. Carnival Monday is 67 days away (March 4). The good news is we already have a bag full of spanking new soca hits to fuel the pump.…

Soca Singer Ms Desire Is Switching Up Her Style

The singer/songwriter is back with a brand new single. Here she talks to The Voice about being bold, not wanting to be boxed in and providing a platform for Caribbean culture.

BEING BOLD: Ms Desire is revealing a new side to her self with her latest single Anything You Want

The Loveable Lunatic of Soca

“Crazy” - born Edwin Ayoung in  1944, on Maraval Road in Port-of-Spain, Trinidad of a Venezuelan mother and Trinidadian father of Chinese descent, was - in his youth - as skilled and competitive in his country’s national pastime of cricket, as he has been now for years as a world-travelled musician, performing artist and composer.

Though dubbed The “Loveable Lunatic of Soca,” Ayoung has time and again not… 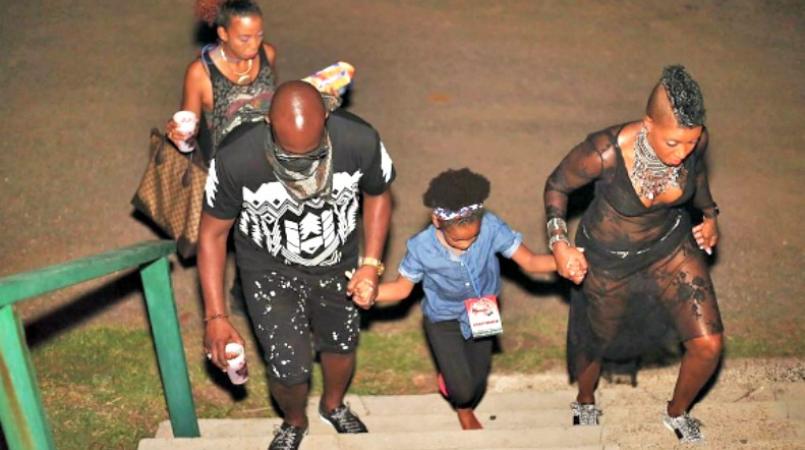 Soca power couple sync schedules for daughter's sake For more than 15 years, the love of music, performing and being lyrical ambassadors for the country of Trinidad and Tobago, have fortified the union between popular soca artistes Fay-Ann Lyons and Ian 'Bunji Garlin' Alvarez. Together they have mastered the inner workings of the music industry and conquered the many pitfalls associated with it. 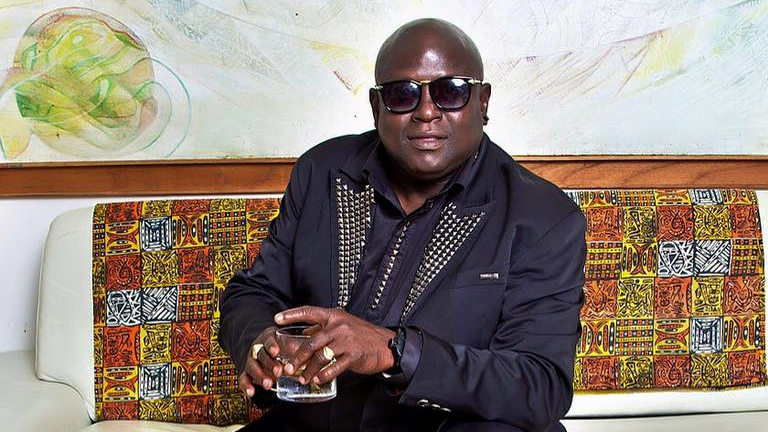 Speaking at Terri Lyons’ Listening Party on Monday night, Blaxx, lead vocalist for De All Starz, said he is on a 'woman campaign' this year.

The veteran singer, who has collaborated with Lyons on the song ‘All On De Ground’ said it is time for Caribbean men to big up women… 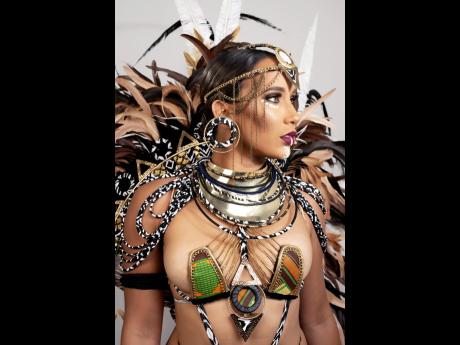 Despite the presence of carnival bands like Bacchanal Jamaica, Xaymaca and Xodus, soca monarchs Fay-Ann Lyons and Bunji Garlin from Trinidad plan to introduce Jamaicans to a new band called Rebellion, which they say will target the road march spectators.…

Sekon Sta:‘I was born for this’ 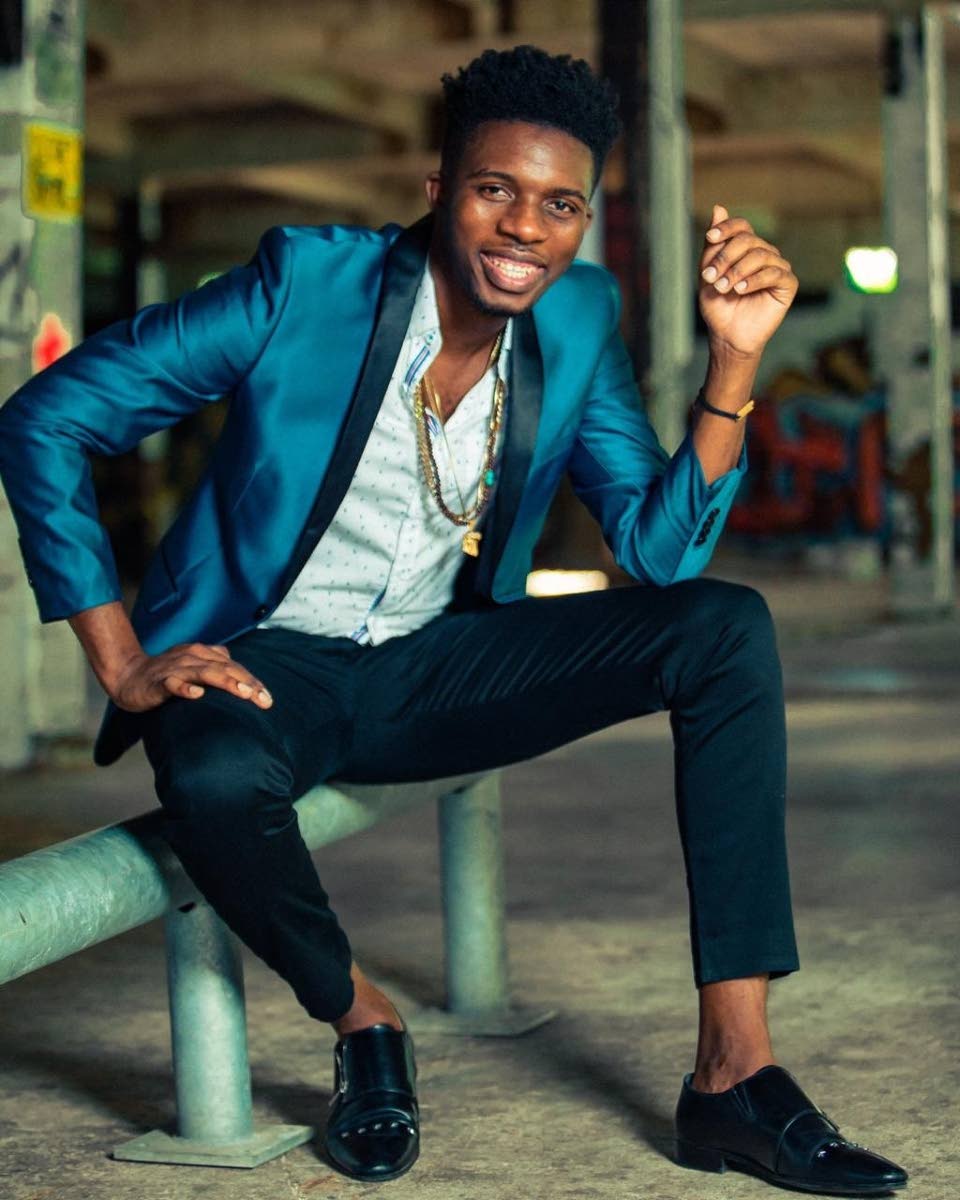 “MY name is Sekon Sta because legitimately I am the second star after my father.

"I put the audience first and I have a deep belief in God. I feel as though God first, the legacy first, the people first and then me second. I am but a servant of all of these things.”

This is guiding principle of Nesta “Sekon Sta” Boxill: “Never get too ahead of… 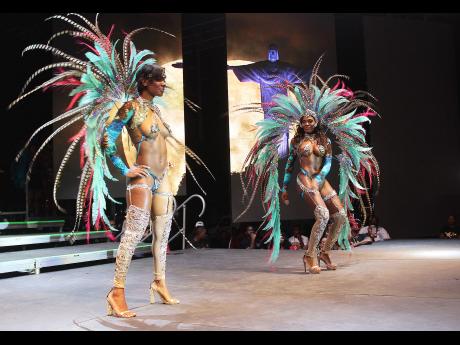 It's Xodus 'to di world'

Carnival chasers and soca music lovers gathered at the Ranny Williams Entertainment Centre last Saturday to catch a glimpse of what Xodus' band, titled 'Cosmopolitan The World in One Band', has to offer for the upcoming fete season.

BASSETERRE, St. Kitts — A study aimed at understanding the real impact of Carnival to the economy of St. Kitts and Nevis will be commissioned by the Department of Culture through the University of the West Indies (UWI), according to Acting Minister of Culture, the Honourable Eugene Hamilton during the recent opening of Sugar Mas 47.

“You will not see everything in dollar terms, so you need… Chairman of the National Nine Mornings Committee Michael Peters is calling for local artistes who produce parang music to stick to the Christmas script.

Peters told SEARCHLIGHT on Wednesday that many soca artistes, calypsonians and other singers are making the transition with their music from Carnival to Christmas, but when they do so, they are not leaving Carnival behind.…

Dancehall Being Embraced In Carnival The 2019 Carnival season has officially begun. With all three bands in the island expected to roll out their costumes before the end of the month, the soca scene is heating up. As Jamaica gets ready to be transformed into a soca kingdom, the battle lines between soca and dancehall have again been drawn. However, this time, the discussion involving both genres, surrounds how much dancehall has grown in the carnival space.… 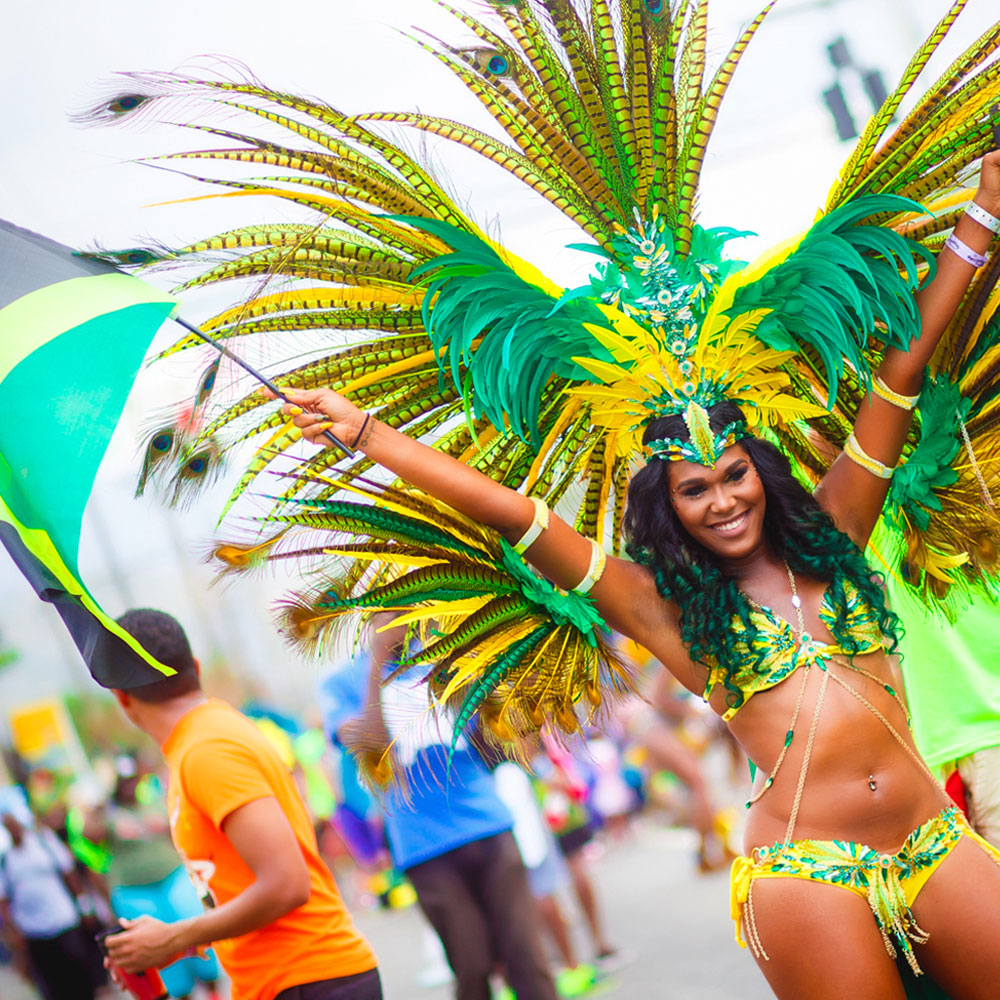 Carnival has been defined in many ways. The word has been used to describe a celebration of culture, an explosion of colour, and an expression of freedom in the guise of a festival. For the newest band on the block One World Rebellion or Rebellion for short - it's all that and more.

The band is spearheaded by soca monarchs and recording artistes Fay-Ann Lyons and her husband, Bunji Garlin, out of the… 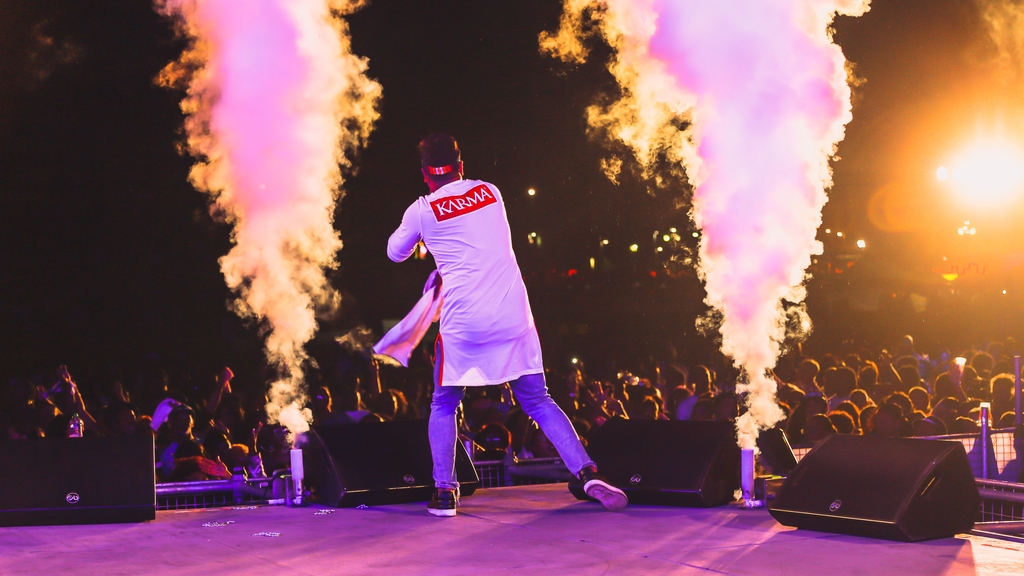 You know Carnival is in the air when the first edition of the fete calendar drops.

Copies are made and posted on your office wall so you know at a glance which pump you and the crew are heading to. Whatsapp groups start buzzing about who's organising the maxi. Old "friendships" are rekindled with that one committee friend who has all the links.

We have a long…