An interactive guide to Carnival 2018 is now live on the website www.playground.TT

The company says its Ultimate Carnival Calendar “is set to disrupt the way residents of TT, our diaspora and other visitors to the islands discover where to fete, lime, play mas and enjoy cultural activities during Carnival 2018 and beyond.”…

THE TOBAGO House of Assembly has approved a budget of $7.2 million for Tobago Carnival 2018, with the Inter Department Calypso and Personality Competitions launching the season.

As T&T’s Carnival 2018 approaches with the intensity of a high speed jet, a delightful collection of new soca songs has descended upon the airwaves and online spaces.

Adding to this mix is multi-talented artiste Kenna T who has released one of the first power soca tracks of the season entitled Animal.

The energy-filled track was written by Kenna T (Corey Mc… 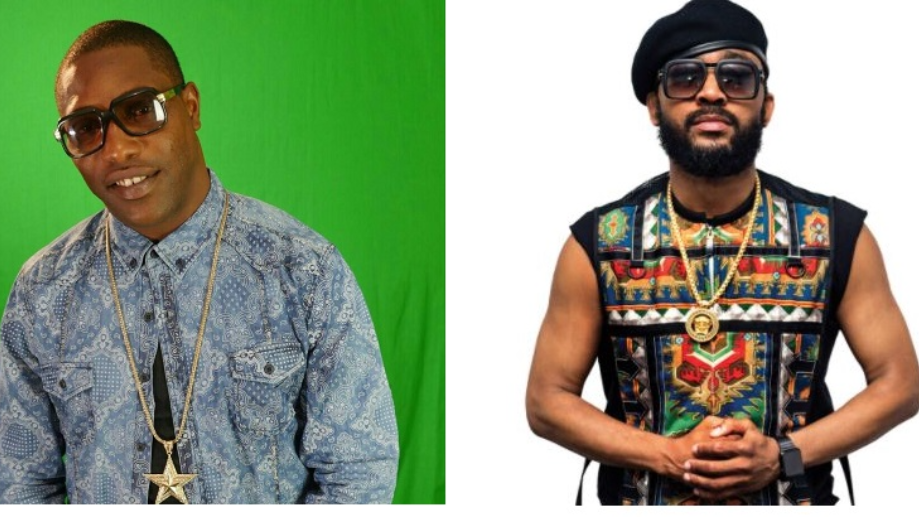 The Court of Appeal has granted a retrial to soca sensation Machel Montano and Producer Kernal Roberts in their challenge of their 2013 convictions.

Soca veteran Neil 'Iwer' George is promising to deliver a revolutionary soca track to his fans on Boxing Day after a 17-year hiatus from participating in the event.

In 2000, Iwer released 'Carnival Come Back Again' where he placed second to Super Blue in that year's Soca Monarch competition.

That year, he tied with Super Blue for the Road March competition after… An event of this scale has yet to take place in Barbados and is meant to create unforgettable experiences for locals and travellers alike, giving the former a chance to experience DJs from around the world, while those new to the island will…

With Trinidad Carnival 2018 soon upon us preparations continue apace alongside the expected debates and disagreements. Currently, the National Carnival Commission (NCC) which ran the mas strand of Carnival in 2016 and 2017 has no mas representative on its new board which was installed in November.

The Minister of Community Development, Culture and the Arts Dr Nyan Gadsby-Dolly recently gave the…

Soca returns to South with Big Bad Soca and Cardi B 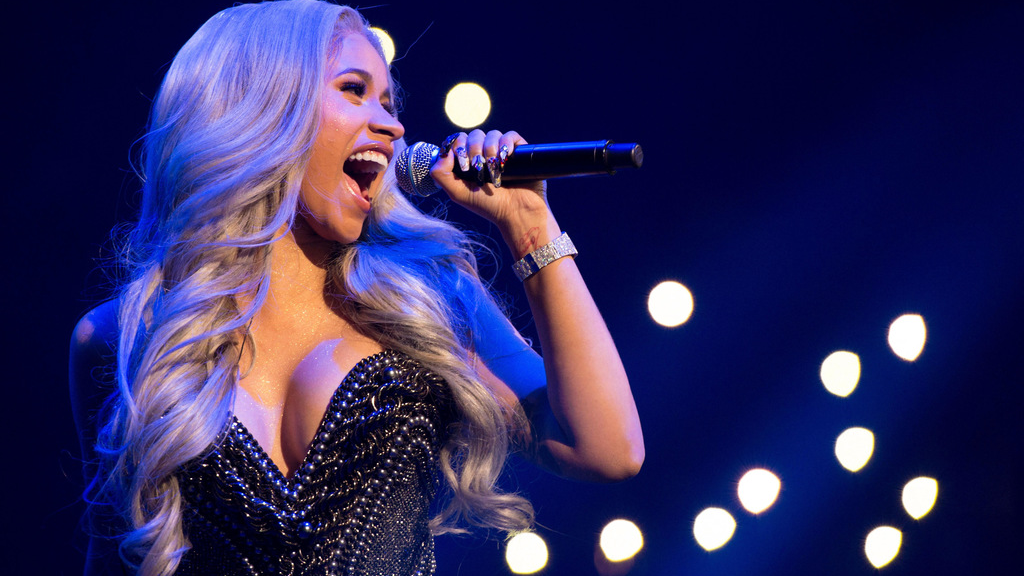 Sokah music was created in Piparo, South Trinidad by the late Garfield “Ras Shorty I” Blackman in the late 1970s, but since then, the genre has evolved, matured and has largely been promoted, celebrated and marketed up North in the capital city of Port-of-Spain.

Over 30 years have passed since this hybrid music form originated, but in 2018, Jay Upscale and 66 Entertainment are collaborating to bring soca…

Have you ever heard of Cha-lypso?

In Trinidad in the fifties, Latin music was popular, both mambos and cha cha chas. In fact, many of the earliest steelpan recordings were mambos.

Thus, a crossing of calypso and Latin music was inevitable but when it came in the US just after the Calypso Craze, it had little calypso left. It was called chalypso and excited no interest.

In addition to being “a nice way to highlight the steelpan at a different level,” Paninclusive—Pan Lime in D City, presented by Epic  Events & Marketing Solutions, is offering a scholarship for a young pan musician to study music at the tertiary level in T&T.

“This year’s recipient will be a member of reigning Panorama champion Massy Trinidad All Stars Steel Orchestra,” said Joanne Phillips,… 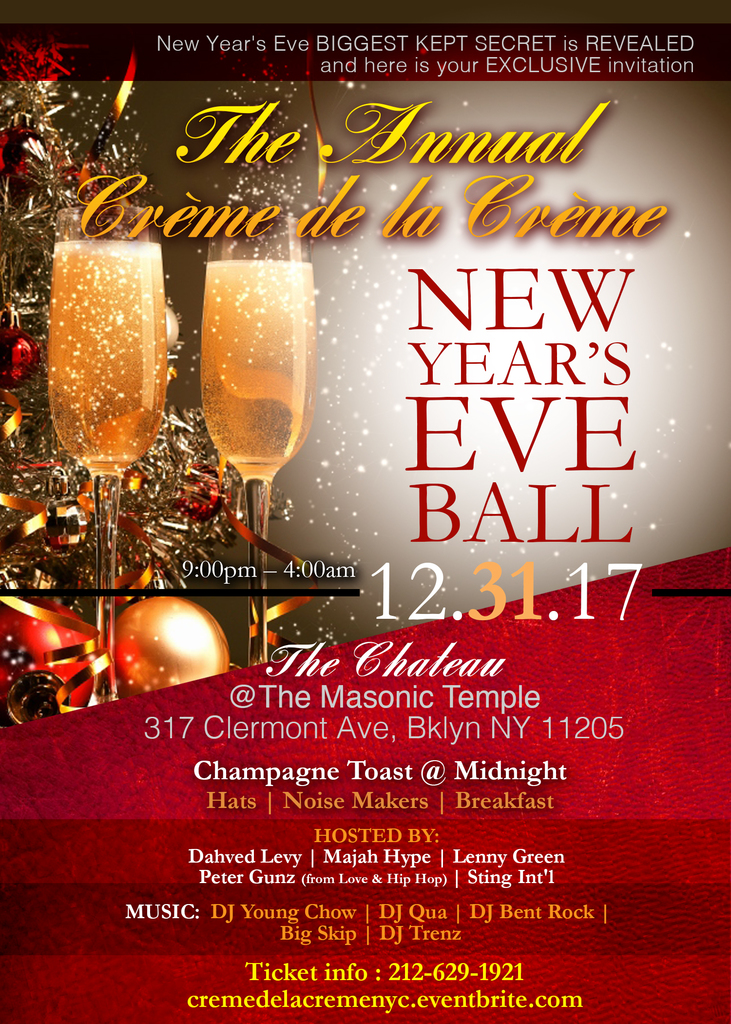 WATCH the BALL DROP on our BIG SCREEN

Big up for SuperBlue this Carnival

For over 30 years, the name SuperBlue has been respected, revered by fellow calypso and soca artistes and even as the winds of change continue to blow, Super is still the man. His songs, Ethel, Barbara, Lara, Soca Baptist, Flag Party and countless other hit soca tracks have cemented Austin “SuperBlue” Lyons’ name in Soca’s Hall of Fame, if there ever was one. In 2018, he will be honoured in a very special way.… “People Of The Soil” is a song that emits the natural essence of J’ouvert. The breaking of dawn which opens our eyes to our culture and heritage that is the heart of carnival. However, this song also brings a deeper message to joyful festivities and the bacchanalia of carnival. It’s soulful meaning reiterates that during this global time of turmoil and indifference, that no matter the skin color, language or cultural disconnects.. we are one people…

Lyrikal Keeps Up The Energy, Returns for C2K18 in T&T with a Bag Full of Tunes

With the Christmas season in full swing in the Caribbean and around the world, Lyrikal told Power 102 Digital that he's got one wish for the country of his birth this year. 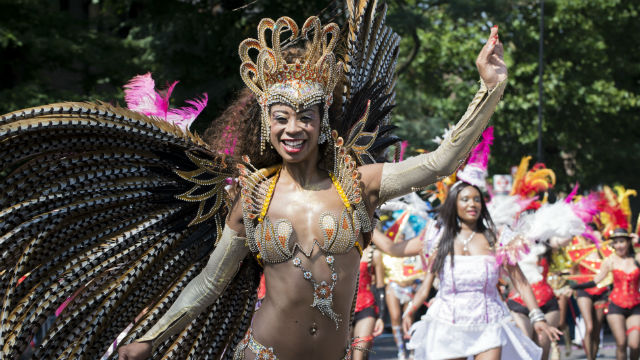 Unlike other Caribbean countries such as St Vincent and the Grenadines, Barbados, Grenada and Trinidad and Tobago, where soca music is deeply rooted in their culture, carnival in Jamaica portrays only a fraction of what the celebration represents.

This has contributed to a fascination with carnival as sort of a party season, nonetheless still showing support for the talent that comes from Eastern…

Why Antigua and Barbuda is the New Caribbean Hollywood?

Is Antigua the new Caribbean Hollywood?

Golden Island Filmworks, an independent feature film finance and production company, has closed on a $125 million equity financing agreement with the government of Antigua and Barbuda that will commit to an initial slate of five feature films and launch Antigua’s long-term commitment to film production.

Why you should Spend New Year’s Eve in the British Virgin Islands?

It’s the most legendary New Year’s Eve party in the Caribbean, and it’s back on for Dec. 31. The British Virgin Islands’ world-famous Foxy’s Old Year’s Night party is going ahead as planned this year, as the destination continues its rapid recovery from Hurricanes Irma and Maria, the British Virgin Islands Tourist Board announced this week.

This year’s event, hosted at Foxy’s Tamarind Bar on the island of…

No Miss Dominica for Carnival 2018 The annual Miss Dominica pageant will not take place during next year’s carnival celebrations.

Challenging logistics have been blamed for the change to the tradition during the first post-Hurricane Maria event.

Johnny Prospects is aiming to take soca music to the next level with his Carnival 2018 release Hiya.

The Brooklyn-based performer, real name Brandon Anthony, released the Clyde “Kool” Headley-produced track to rave reviews across the Diaspora earlier this week. Now he’s hoping to bring his natural enthusiasm and love for music back to the land of his parents, Trinidad and Tobago.…

Fancy doing something hatke this new year? Bored of club-hopping every new year’s eve? We feel you. Doing the same thing year after year can get old. Why not chuck the monotonous annual ritual and get on the move to ring in the coming new year?

Wondering where to go? We have you covered!