Warming Up For Carnival 2014 In Rio De Janeiro 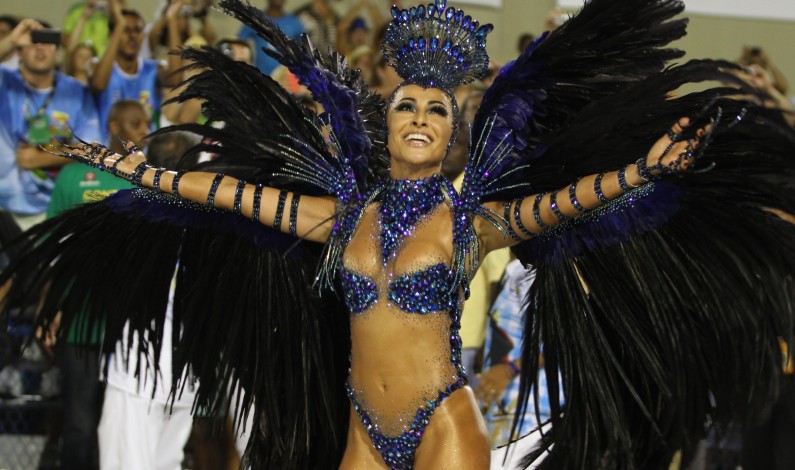 RIO DE JANEIRO, BRAZIL — The holiday season is picking up steam which means plans are already coming together for the 2014 Carnival  festivities, with the official dates of February 28th to March 4th this year. The major samba schools have announced their Enredo (Theme) as well as named their Rainha de Bateria (Queen of the Drums), and music and… 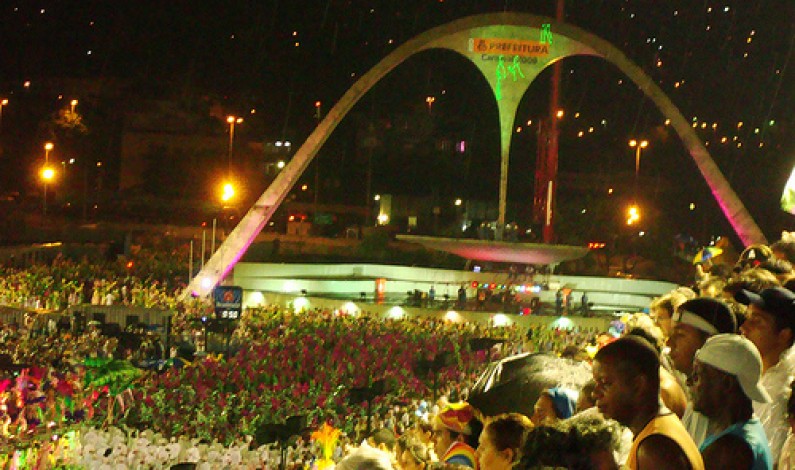 RIO DE JANEIRO, BRAZIL — All are welcome to celebrate the 30th anniversary of the historic Marquês de Sapucaí or Sambodromo Rio de Janeiro’s temple of samba, tomorrow, Sunday, February 24th at 7PM. Admission is free and partygoers are sure to experience a beautiful commemorative and religious procession by religious leaders and members of all samba schools of the Special Group and Group A.… 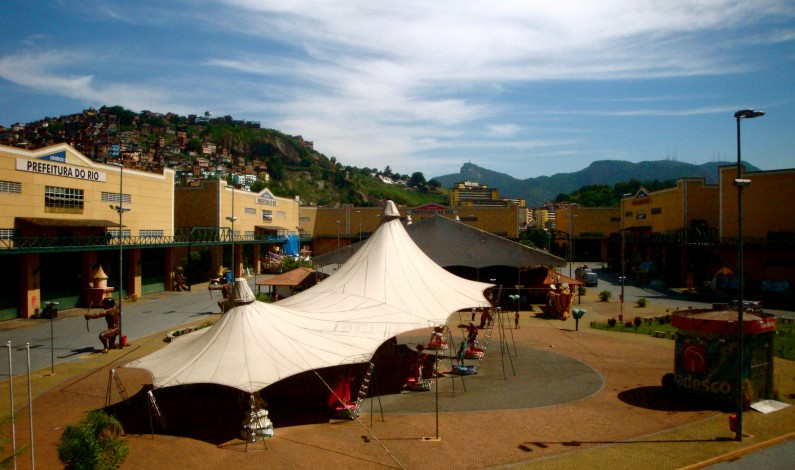 RIO DE JANEIRO, BRAZIL — Cidade do Samba (Samba City) located near the Port Zone in Rio, brings together the samba schools from the Grupo Especial (Special Group) division and is home to the schools’ Carnival preparations and float building. Normally there are daily events for visitors to enjoy a preview of Carnival, but due to construction work the site is temporarily closed to the public.… 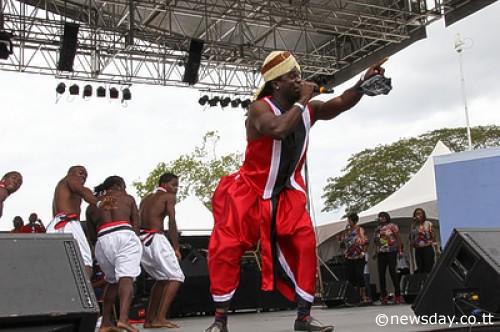 High winds and the cool breeze lent itself to the creation of a beautiful day for kaiso in south Trinidad yesterday as fans flocked to Skinner Park, San Fernando for Calypso Fiesta 2014, the semi-finals of the National Calypso Monarch competition.

The show saw veterans battle it out with newcomers and others with just a few years’ experience behind their belts. Out of 40 contestants in yesterday’s… 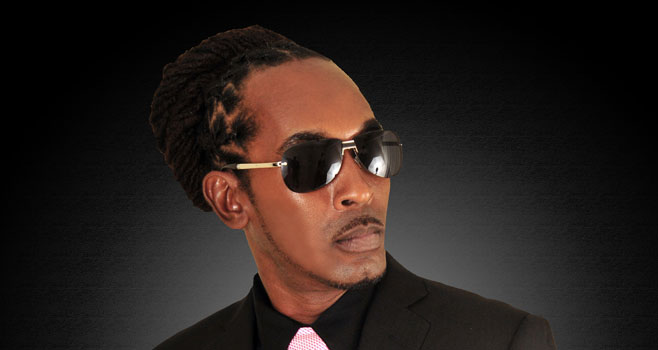 Soca star Darryl "Farmer Nappy" Henry brings the spirit of Trinidad Carnival to the global masses with his new album Big People Party, available worldwide from all major digital retailers, as well as physical CD in stores, on February 25, 2014, with pre-order available now, from FOX FUSE. Celebrating over 30 years in music, the accomplished and acclaimed Trinidadian… PORT OF SPAIN, Trinidad (CMC) — The Trinidad and Tobago government Wednesday said it had recommended that the Grenadian-born, Dr Slinger Francisco, the ‘Mighty Sparrow’ be given the…

Machel ventures into fashion and chocolate

The limited edition range of hats produced for Machel Montano by New Era.

Soca star Machel Montano has partnered with New Era, a global lifestyle brand, to launch five exclusive caps that will be sold during 2014 Carnival.

A limited-edition collection, only 100…

4 mas bands get own route for TRINI carnival 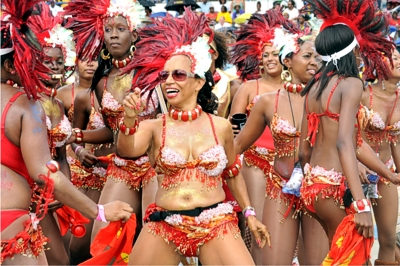 Four large Carnival mas bands—Harts, Tribe, Yuma and Bliss—have been given approval by the National Carnival Commission (NCC) to parade along an extended route on Carnival Tuesday. The route will not take the masqueraders to the traditional main stage at the Queen’s Park Savannah, Port-of-Spain, but further west through Woodbrook and to the… Women all over Trinidad and Tobago are still buzzing over Benjai’s steamy performance at last weekend’s Soca Monarch Semi Final, where he stripped down to his underwear. Radio DJ’s are still talking about the performance over a week later and the youtube video has garnered over 90,000 views:

One of the largest crowds within recent times for a show of this kind attended the Ladies Night Out concert held on Friday evening at the Hasely Crawford Stadium.

Organised by Randy Glasgow Productions and billed as a Valentine’s treat for the ladies, the show featured the talents of Jamaican…
Continue

In his continued bid to push soca music beyond the West Indian diaspora, Machel Montano has teamed up with two major international entities for his 2013 album.

A Decade Of TRIBE... 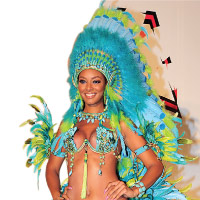 After nine years of mas, mayhem and a multitude of colour, Tribe has sought to incite revellers yet again with its 2014 presentation, Tribe 10, in celebration of its tenth anniversary.
Being one of the first all-inclusive Carnival bands in Trinidad and Tobago, Tribe prides itself on bringing all of the “bells and whistles” you can find from any fancy holi­day resort and translating it to our local Carnival experience.… 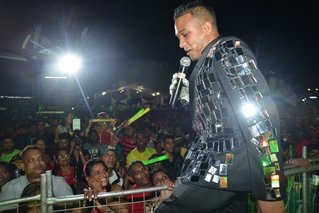 Kris "KI" Persad created history as the youngest artiste to be crowned Chutney Soca Monarch in 2012.

And he has done it again. 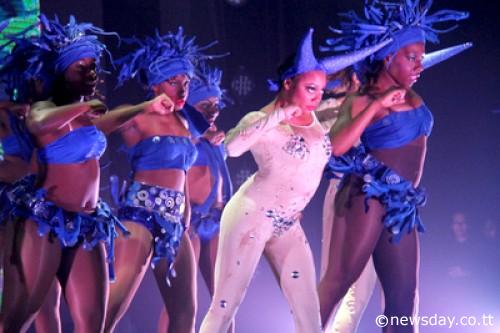 The TT Copyright Collection Organisation (TTCO) is accusing the National Carnival Commission (NCC) of owing it millions of dollars as copyright royalties for three years.

In a letter to NCC chairman Allison Demas, attorney Asha Watkins-Montserin on behalf of TTCO’s chief executive Richard Cornwall claimed his organisation was owed in excess of $1 million for each of the three years 2009 to… 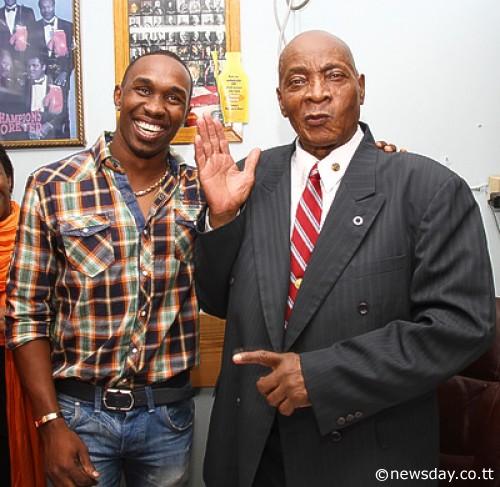 The show was billed “Doctors on Call” featuring the Mighty Sparrow (Dr Slinger Francisco), the Mighty Chalkdust (Dr Hollis Liverpool) and the Black Stalin (Dr Leroy Calliste), and for one hour, the man who a packed De Nu Pub came out to see, had them fully entertained.

Sparrow, 78, dressed in a dark blue suit and sitting on a stool, opened with a moving rendition of “The Lord’s Prayer” that he ended…

EYES ON THE MAS The security for this year’s Carnival activities at the Queen’s Park Savannah (QPS), Port-of- Spain has been beefed up with the installation of 18 surveillance cameras around the landmark open space.

Most of the cameras are in an area which is the venue for many Carnival events including the Parade of the Bands on March 3 and 4.

“The security of masqueraders,…

SEYCHELLES CARNIVAL MOZAMBIQUE JUMPS UP AS MAURITIUS BREAKS DOWN Mozambique has become the latest country to sign up for Seychelles’ Carnaval International de Victoria.
The east African country’s tourism minister, Carvalho Muaria, agreed on 4 February to send a group to the Indian Ocean’s premier tourist spectacle, which has established itself as the ‘Carnival of Carnivals’. 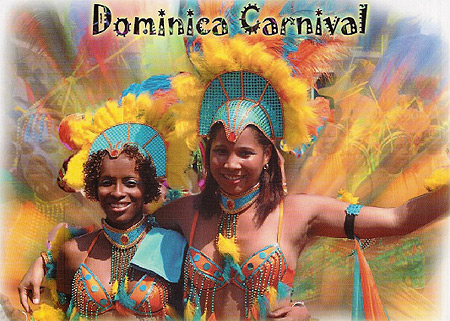 Dominica’s annual carnival Mas Dominik got underway with its 2014 launch on Wednesday 8th January followed by its official press conference on Wednesday 15th January. This year’s theme is ‘Nou Konnet Viv’ (We Know How to Live) and the Dominica Festivals Committee, who hosted the press conference, also launched this year’s concomitant theme song featuring Rah of the original WCK Band. 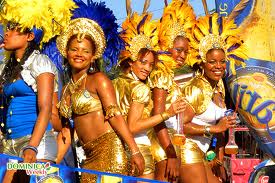 Despite releasing a music video for Carnival Tabanca back in August 2013, Bunji Garlin teamed up with Beach House Entertainment to produce a follow up ‘Videomentary’ for the track. The video was shot on the Brian Lara Promenade downtown Port of Spain, where Bunji serenades the onlookers. He even took time to sign autographs and mingle with his fans during the shoot. Check out the video below!