Countdown To The 2018 Wazobia ‘SOCA’ Carnival 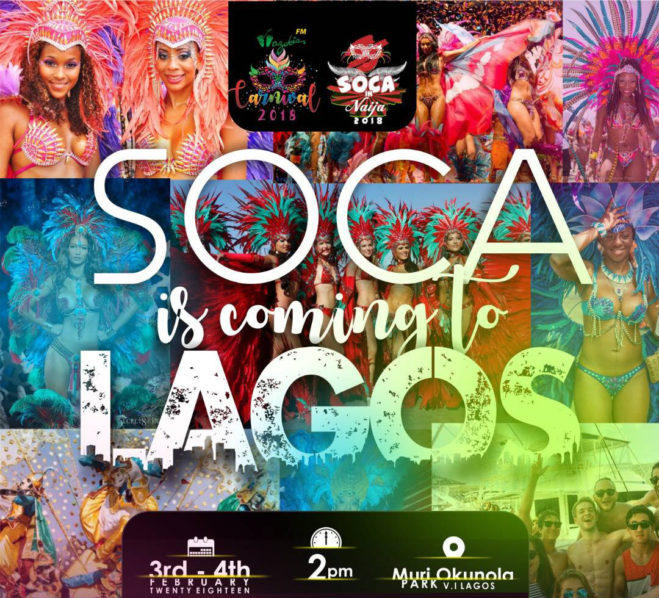 The Ogbonge radio station, Wazobia FM, is back with its rich cultural and colourful carnival. Wazobia FM is holding nothing back at this year’s carnival tagged Soca in Naija.

Over 5000 people from all walks of life are expected to converge on the 3rd and 4th of February for the two-day carnival which will feature performances from some of Naija’s biggest artistes- Ice Prince,…

This could be your Ad here!

Position your brand within best-in-class content delivered to consumers whenever and wherever they want it.

Advertising with Carnival Fever will boost your brand’s reach, engagement, and bottom-line.

Are you interested? Email us at feverpopinc@gmail.com for our special ad packages and we will provide you with a…

THERE IS a lot of love for the Eastern Caribbean here at BrukOut HQ. I’m very proud of my Dominican roots, and we have two St Lucians on board, who fly the flag for their island with fervent vigour.

Over the last 18 months or so, one of the team, Nick, has consistently brought up the emerging style from St Lucia called Dennery Segment. For those who are unfamiliar, Dennery is a town on the east coast of the…

It is tempting to conclude that the Merry Monarch’s reign this year will be far from merry given the State’s announcement of cuts across the board. However, while many stakeholders will no doubt be adversely affected by both a reduction of taxpayer funding as well as reduced ticket receipts, the lean times are not all doom and gloom. The reduced funding is actually an opportunity for stakeholders to prioritise and to devise more creative ways of… 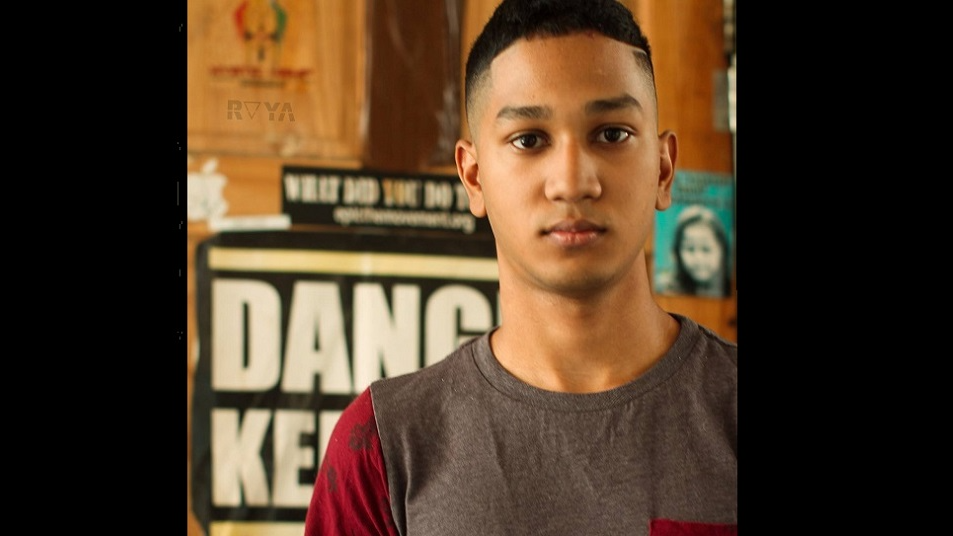 At 22, Travis Hosein's hypnotic beat for Machel Montano and Superblue’s ‘Soca Kingdom’ is already taking the Carnival world by storm.

Hosein and Figueroa are the ‘young blood’ of the local… 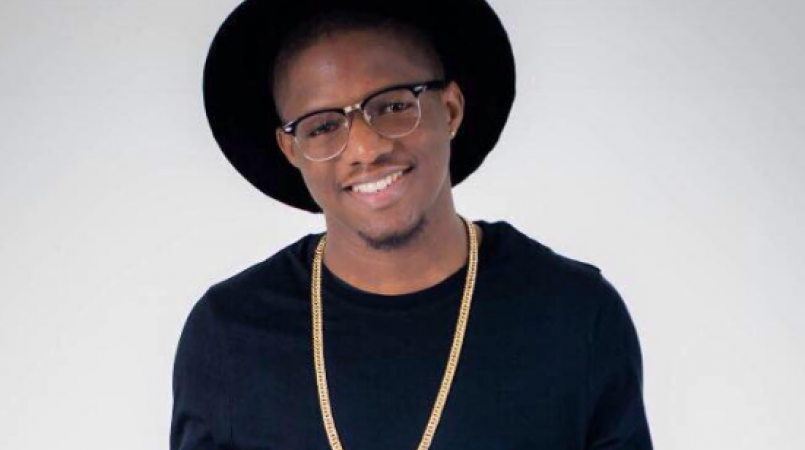 Eleven artistes have been selected to go up against two-time Soca Monarch Aaron "Voice" St Louis for the 2018 title.

The eleven were announced on Friday after competing in the semi-final on Thursday night at the Grand Stand of the Queen's Park Savannah. The guerrilla mas band Vulgar Fraction returns to Carnival with a presentation called Playing White. Robert Young, bandleader and designer of the Caribbean fashion brand The Cloth, is intent on bringing masking back to mas.

“Mas is masking. The tradition of masquerade is about becoming something else other than yourself,” Young said in a media release.

Carnival Pop Up – it’s not all about fetes 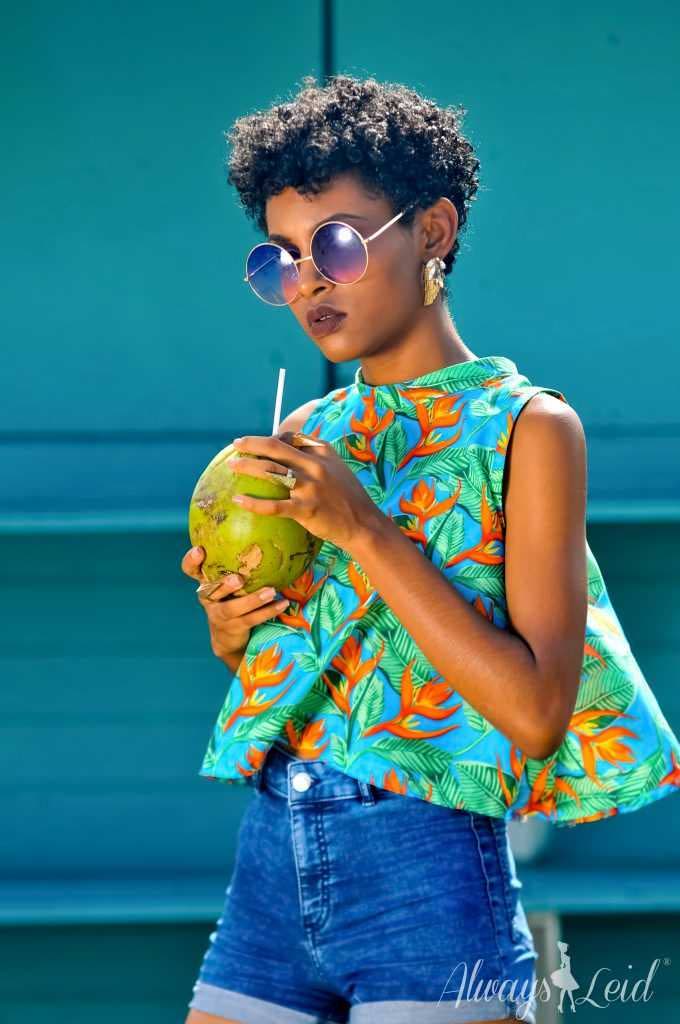 Feteing and the Monday and Tuesday masquerade are often the main part of Carnival for many. But there are Carnival-type events, for non-feters. The Fashion Arch Gallery is presenting one such event. 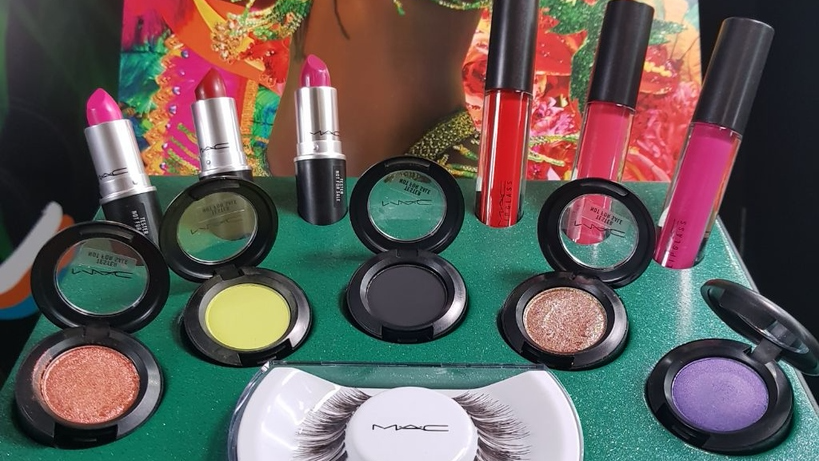 The collection was unveiled at a private launch the M·A·C Store in West Mall on Thursday, with Nailah Blackman serving as the face of the new Carnival collection.…

Campari brand influencers Bunji Garlin (Ian Alvarez) and Shenseea (Chinsea Lee), have collaborated right in time for the peak period of Trinidad & Tobago’s 2018 Carnival season with a remix to her 2017 hit single “Big Bad Soca”.
The VP Records released remix was produced by Anson Pro, and is the first time that two have collaborated musically. The female dancehall sensation featured on the track has been… 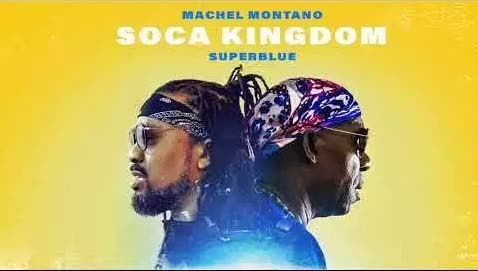 Road March royalty Machel Montano and SuperBlue (Austin Lyons) have collaborated on a new track called Soca Kingdom which may see Machel reclaiming his crown and SuperBlue returning to the throne after five years.

The three minute, 22 second video of the song was posted on Machel’s YouTube channel on Friday and has received more than 145,000 views and the comments were almost unanimously positive,… The Official Media Launch of Dominica’s Carnival – Mas Domnik 2018, which took place last Friday, placed the minds of Dominican patrons and visitors alike, to comfort, as details of what is expected to be one of the most traditionally spontaneous Carnivals were made available to the public.

Post Hurricane Maria, many Dominicans have set out to rebuild and reaffirm relationships with a determination that…

Bravo and Bollywood friends to grace stage at Chutney Brass

Internationally acclaimed cricketer Dwayne "DJ" Bravo will be making a special appearance alongside a few of his friends from Bollywood and with a camera crew in tow for this year's Chutney Brass Festival.

The Randy Glasgow Productions (RGP) event will also feature a slew of artistes such as Raymond Ramnarine and Dil-E-Nadan, Ravi B & Karma, Neeshard, Gregory & Nisha B,  KI and The Band With Neval,… 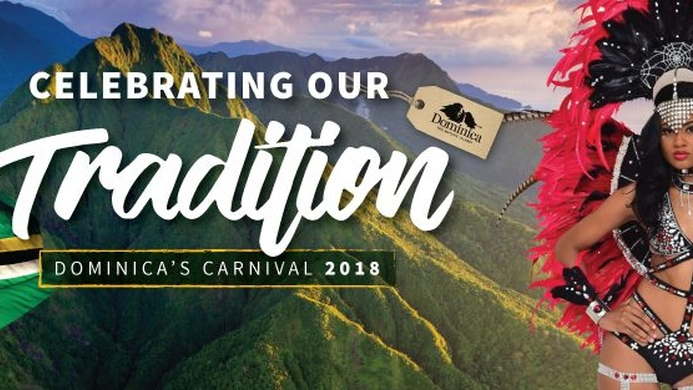 Dominica’s Carnival – Mas Domnik 2018, has been launched under the theme 'Celebrating our Traditions'.

The annual event was officially launched last Friday and is set to be a showcase of the resilience of Dominicans who suffered when Hurricane Maria ripped through the island killing people and destroying property.

Rio Asks for Federal Troops to Help With Carnival Policing The city of Rio de Janeiro has requested backup from federal troops to enforce security during Brazil's Carnival festivities in February as it seeks to shield tourists and locals from rising crime.

Over 6 million people, including roughly 1.5 million foreign visitors, are expected to take to the streets…

Artistes react to drop in Soca Monarch prize, Iwer: It is not about the money 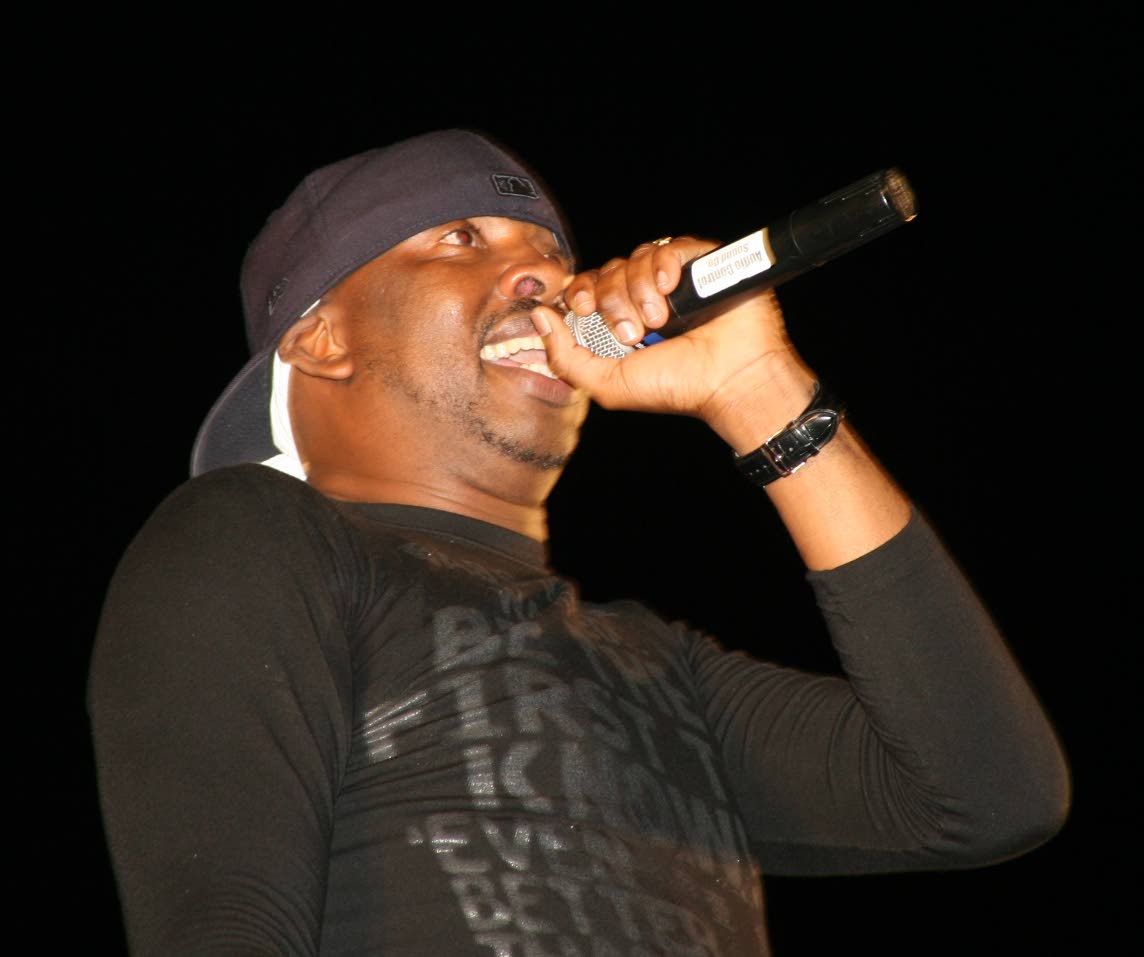 Neil “Iwer” George says, for many artistes entering the international soca monarch competition it’s not about the money.

George made the statement when asked to comment on the scaled prize money for the 2018 Play Whe International Soca Monarch, now in its 26 year.

It was announced at a press conference on Monday, at the Hyatt Regency Trinidad’s Point Fortin room,… 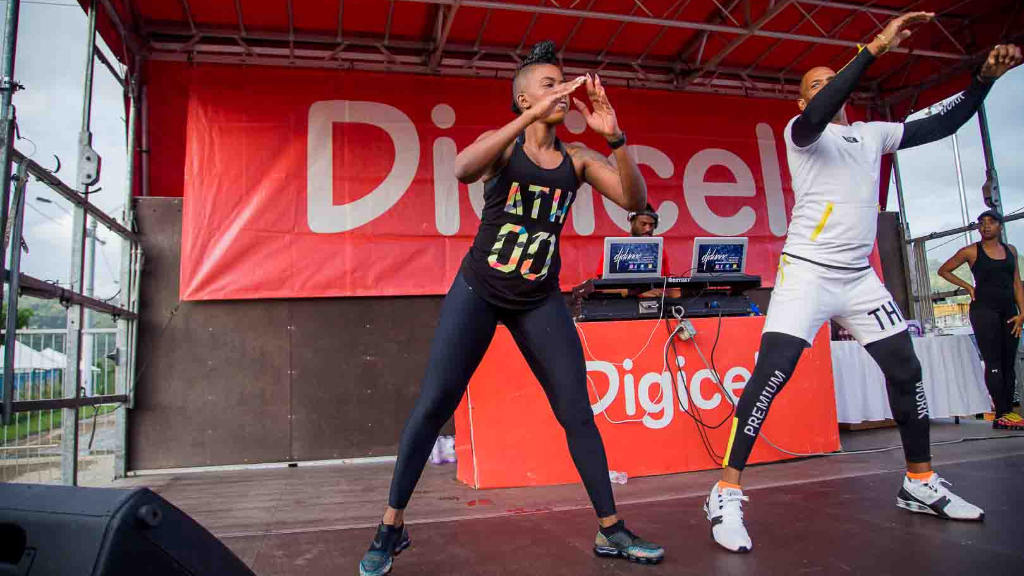 Soca star Fay Ann Lyons showed everyone how she keeps in such great shape, thanks to a surprise visit at the first session of Digicel's Carnival Burn earlier this week.

Lyons, who is no stranger to intense workouts both on-stage and at the gym, took the vibe up a notch with her energy at the Carnival-like atmosphere.

Putting the “essence” back in Soca 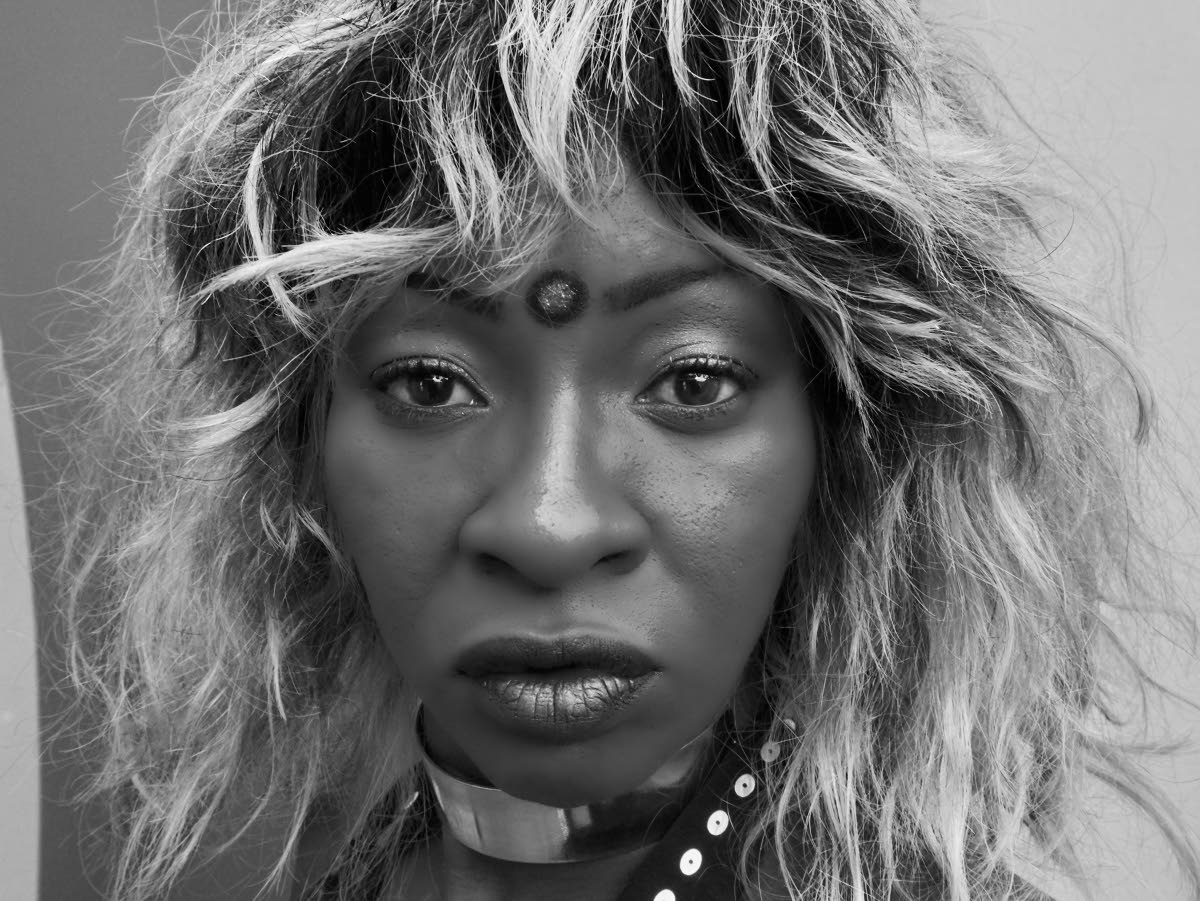 Professional musician, singer and songwriter Sharron Phillips of Mason Hall is on a mission to bring back the “essence” in soca music.

Phillips has produced five soca songs for Carnival 2018: Push Back on It, Road Call, Misbehaviour, Junction Dawg and Run Them out the Party.

An international jazz, soul, funk and techno artiste, who left Tobago for a musical… 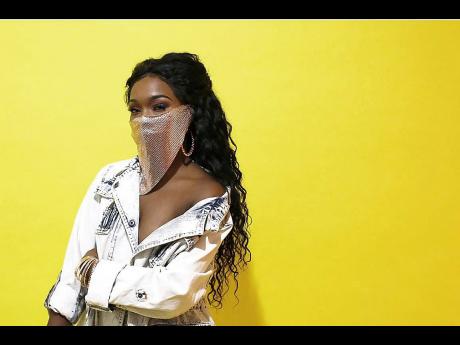 After years of being in the background, Guyanese singer Nesta said she is ready to take over the world with her new single, Body Callin'.

Speaking with THE STARon Tuesday, Nesta said she is extremely excited about the track that was officially released yesterday, and she predicts that it will become her break out single.