The biggest holiday, with dragons, fireworks, symbolic clothing, flowers, lanterns, and celebration is China's most important and significant day of the year. Also known as the Spring Festival, Chinese New Year celebrations traditionally run from Chinese New Year's Eve, the last day of the last month of the Chinese calendar, to the Lantern Festival on the 15th day of the first month, making the festival the longest in the Chinese… I'm sure you've heard about the annual "Welcome To Jamrock Reggae Cruise"? Where Damian "Jr. Gong" Marley (yes, Bob Marley's son) takes you on a journey to Jamaica (from South Florida) with him and some of the world's top tier Reggae artists & djs on board a cruise ship. We're talking multiple live concerts and numerous…

Plan on dressing up more than you would to go to any other fete for the season as in Trinidad these fetes are usually a runway show with some patrons dressed to thrill. With premium drinks and a variety of food options included in the ticket price, all-inclusive fetes are where you go to mingle with the local…

Festival of Mermaids and Mermen [VIDEO] NC Merfest is run by NC Merfolk - a fun loving group of mermaids and mermen located in the heart of North Carolina. They swim together as a group three times a week at the Triangle Aquatic Center in Cary, North Carolina. They also perform at birthday parties, meet & greets, photo-shoots, luau's and wherever our tails take us. They love to share friendship with other mer!… You would be forgiven for being curious about the title of this festival because even though Spain boasts some of the most unusual and bizarre festivals compared to the rest of the world, throwing tomatoes over each other as they do in Valencia or being chased down the street by a herd of bulls in…

Everybody fights Everybody on Christmas Morning in Peru [VIDEO]

The town of Santo Tomas is 12,000 feet above sea level, nestled cozily in the vertiginous Peruvian Andes.
Hill dwellers and mountain folk alike have had a reputation for hardiness and endurance ever since ancient Greek geographer…
Continue IAAFestival began in 1971 on Claver Place as the African Street Carnival (a PTA’s block party fundraiser for “Uhuru Sasa Shule” or “Freedom Now School,” an independent school in the Bedford-Stuyvesant section of Brooklyn) with local artists, entertainers, and performers, arts and crafts vendors, along with food prepared by the parents. Almost 2,000 people attended and…

Since the beginning of our French colony, the habitants of New France created a rowdy tradition of getting together just before Lent to eat, drink and be merry. The custom of celebrating from the end of January until mid-February has long been popular.

The St. Lucia Jazz and Arts Festival will be no more.

Prime Minister Allan Chastanet has announced the festival, which has drawn visitors from all over the world to the Eastern Caribbean island for the past 25 years, has been scrapped because the $14 million price tag for the two-week event was just too much.

The well-known event is… 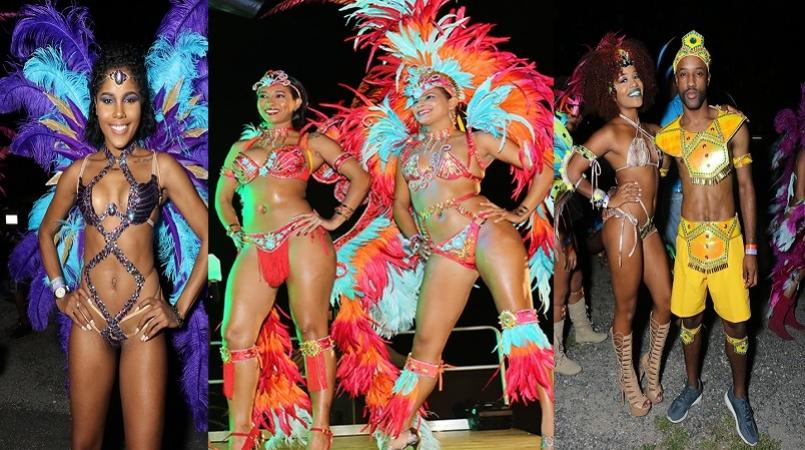 1. It is the perfect cure for Post Carnival Depression. Are you having dreams of putting on a costume and meeting the band, do you have Private Ryan’s mix on repeat and does the temperature outside make you feel to cry every time you think of the hot sunny days in Trinidad? Have no fear with Jamaica Carnival 2 months after Trinidad carnival, you can relive the Carnival experience all over again.…

The Ponce Carnival (Carnaval de Ponce or Carnaval Ponceño, in Spanish) is an annual week-long celebration. There are parades with wildly decorated floats, crazy costumed people, lots of music, loads of spectators, and merriment.

Similar to Mardi Gras in New Orleans, it is derived from the old world tradition of a final celebration before the beginning of Lent. But over time, it has transformed into a…